6 Reasons I sigh as a woman in Japan

by KatC
in Living In Japan
Reading Time: 7 mins read
A A
0
Share on FacebookShare on Twitter

I hate to speak in a negative way about Japan, I adore this country more than words can describe and moving here was the best decision I ever made. The girly part of me appreciates the fashions, the beauty products, the food and the kawaii overload of the entire culture but I do often find myself sighing in disappointment as I witness, experience or hear about some of the decades behind and unequal situations women in Japan must endure. Here are 6 reasons, I find myself sighing as a woman while living in Japan.

In general, when it comes to gender roles, Japan can often feel a few decades behind. I have been single and taken while living here and while playing both parts found myself responding to comments I would only expect from the blunt and elderly at home.  When in a relationship, I was often congratulated on, well, someone liking me? When single, I’m often asked why? Maybe years of American sitcoms have conditioned people in the West to know that’s an inappropriate question, but here, it’s not asked out of rudeness but moreso, concern, pity and genuine lack of understanding as to why a woman would want to be single.

There is a major value placed on your role as a female in the ability to get a man, settle down and make a family. Whenever I teach my students, ‘what do you want to be?’, I’m always surprised by how many of the female students state ‘I want to be a housewife’ and there’s no judgement in that as a response, everyone is allowed to decide what they want in life but the overwhelming amount of times I get the response does create a sigh, as I can’t help but assume it’s societal pressure that has prevented them from responding with anything else.

As an Irish lady, I’m also often baffled by how many first dates I’ve been on with Japanese men where they quiz me about my cooking/cleaning abilities because I know for sure, at home, that date would be followed by a wine night among friends, full of eye rolls and a man wondering where he went wrong. To be completely fair though, I’ve heard it’s not uncommon for women here to quiz men about their salary on first dates too.

The major lack of growth from traditional family roles in Japan has greatly influenced the large wage gap between genders (24.5% 2018). Females often struggle to secure ‘regular work’ which comes with indefinite terms and long term stability as well as pay increases and bonuses. Instead they are more likely to be stuck with ‘non-regular work’ which can be full-time but has specific obligations and fixed length contracts.

According to the August 2019, “Women still can’t reach potential” article from Japantimes.co.jp, over 55% of employed females in Japan fall under the irregular work category but only 23.1% of employed males. Due to the female obligation to reproduce and maintain a household, it is more difficult for them to secure regular work. This leaves women with a lesser wage, less benefits and less financial stability because of a life choice that is decided equally between genders.

Even when the woman accepts the role, tradition expects of her, she is still not free to make her own decisions. Most of us women have had the thought at least once in our life, “At least if I must endure pregnancy, I can eat to my heart’s content” but in Japan the pressure is still very much present to maintain a healthy weight even while pregnant.

Every woman is given a weight they can not go over while pregnant or they’re potentially forced into bed rest. The gaining standard is set at about 20-26 pounds for the lower weight women, 15-26 pounds for average weight women, 15 pounds for heavier ladies and just 11 pounds for obese women. Of course, there are potential health risks with too much weight gain during pregnancy but surely, these strict rules affect stress levels of the Mother which in itself can cause an abundance of health related risks.

I do often wonder is it that I’m sighing or that I’m jealous because all the Japanese women I’ve seen go through pregnancy revert back to their normal body size in less time than a magazine, front page celebrity but I’ve also been surprised too many times to see my students’ Mother suddenly holding a newborn child and I had no idea they were even pregnant to begin with.

I’m aware that every single country comes with their own level of beauty standards, that women and men can fall victim to chasing to an unhealthy level but in Japan, there is a saying  “出る釘は打たれる” which roughly translates to ‘the nail that sticks out must be hammered down’ meaning they honour a culture of uniformity and this comes across is all aspects of life hence why Japan is so famed for its polite and organised society. 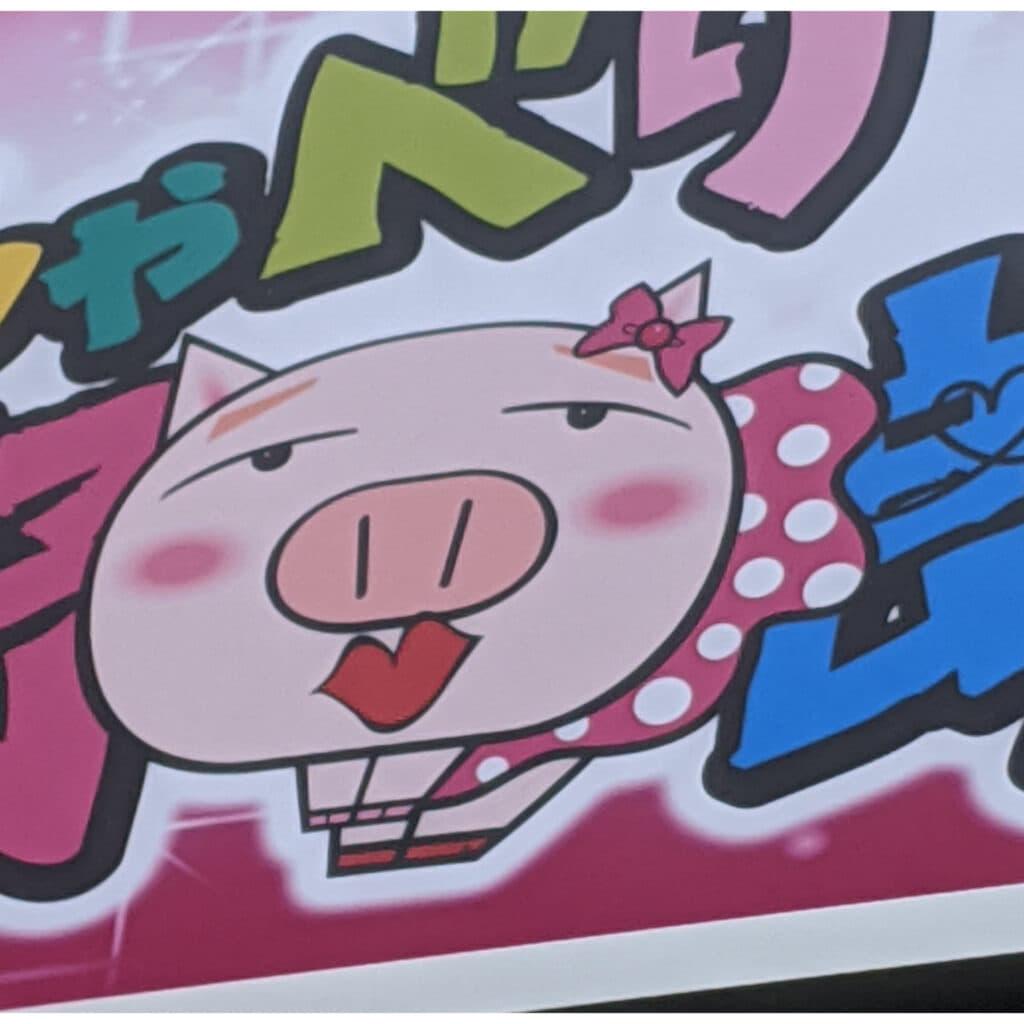 This does however mean, that these beauty standards are another part of life which people must adhere to. You will rarely see a Japanese woman in public wearing comfort clothes, messy hair, a makeup free face or even bare nails. From my youngest students and up, hair is pristine, always neatly done up as if they visit the hair stylists everyday, clothes are spotless, creaseless and usually labeled, posture is proper and long before covid, masks were worn often, to hide an undone face.

Most women reading this know all too well the financial and time consuming difficulties associated with trying to look their best and I’m sure I’m not the only one sighing, knowing how stressful trying to maintain that level of perfection can be especially on a daily basis.

They also value a slim figure to the point that it’s completely expected of women. I’ve watched advertisements here selling weight loss drugs to women by portraying them as undateable otherwise and have seen clubs specifically designed for men, who prefer a larger lady, decorated with a Pig wearing a bow in their hair. The Japanese value movement and healthy diets so for the most part, they are slimmer people but I feel heavily for the ladies with PCOS, thyroid problems or emotional issues with food to have to be publicly advertised as pig-like.

It’s also worth mentioning that in 2019, business women started campaigns to banish the high heel obligation that came with their contracts in order to hurt less and become more efficient workers and they failed because apparently it’s more important to look good.

If you’re a female planning to move to Japan then you’ve likely googled ‘Japan, safe for women’ and come across the word Chikan, meaning sexual deviant.  An unfortunate part of life for the everyday Japanese woman is avoiding unwanted hands in unwanted places on their daily commutes and the sad truth is most women have had at least one of these encounters. 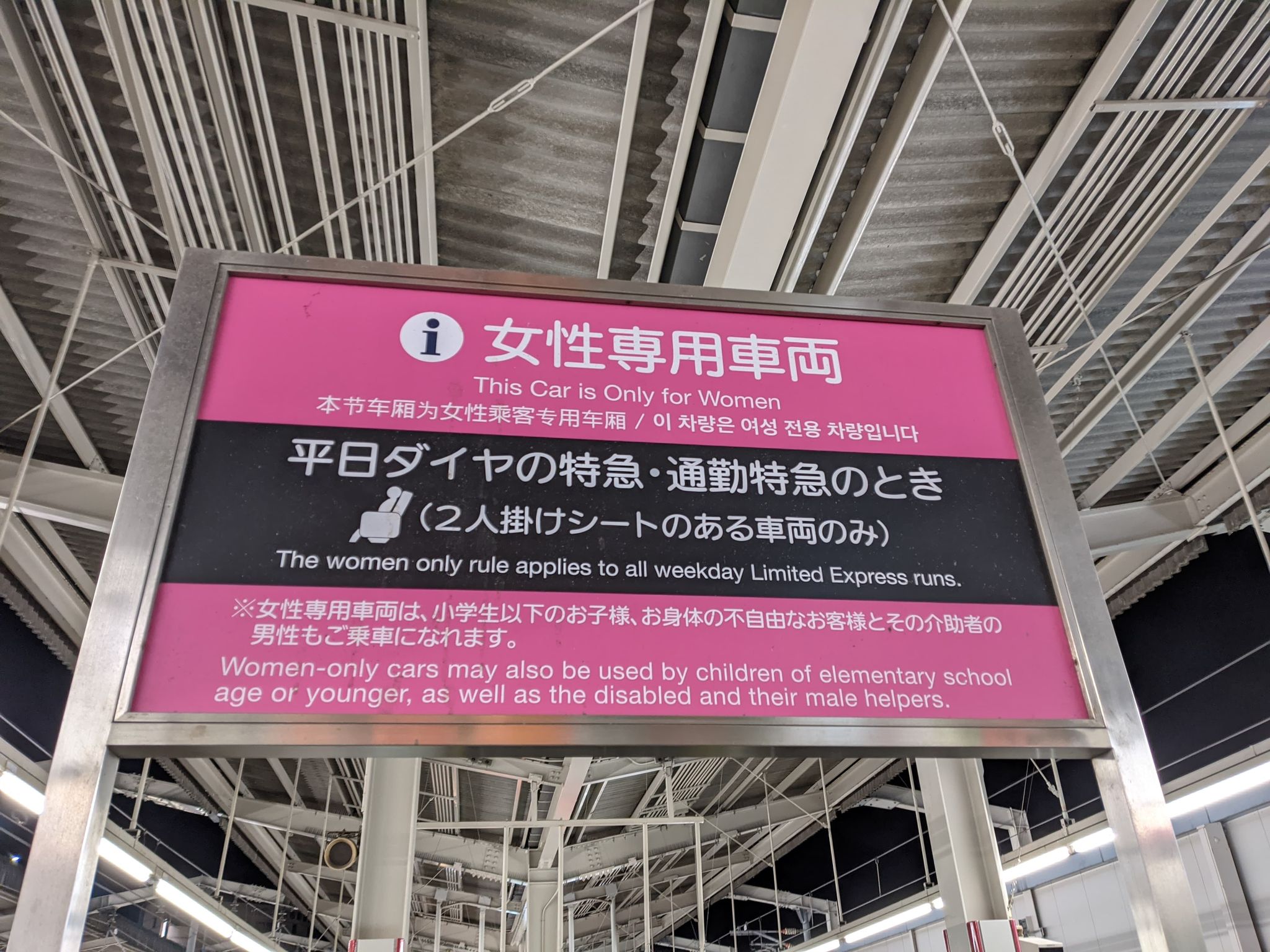 Although I have had small experiences and know some friends who have also fallen victim to Japan’s rush hour Chikans, as a foreigner living here you are less at risk as we’re more likely to ’cause a scene’. SIGH! Living in a society with intense social pressure to remain polite and behaved, leaves women fearful to speak up when experiencing these awful men.

In the last four years while living here, I have however noticed an increase in women only carriages and pervert warning posters and it’s great to see some effort but it’s unfortunate that apparently the carriages are only safe for essential travel as during the weekend, the women only carriages rules do not apply meaning women are at risk if they want to go to a popular area during the weekend or in other words, try and live their lives without concern or fear.

Many are aware that Japan has a reputation when it comes to the perverse and honestly I’ve never found it as bad as most might think. However, pornographic magazines are displayed without shame in most convenience stores, where you’ll often see men publicly having a gander through and I am in no way judging them but clearly there’s no shame in doing so anyway.  This only amplifies my sigh, as I experience unnecessary secrecy when purchasing my female monthly supplies.

Often, when buying women’s products to help me through that uncomfortable week, my items will be hidden in a paper bag within another darkened bag to hide my shame. Obviously, the menstrual cycle isn’t the prettiest experience but neither is what accompanies toilet paper and yet you don’t even get a bag for that. It’s an awful pity for the teenage girls, living in Japan, who already have to deal with the awkward hormone changes they’re going through without being made feel like this perfectly natural thing that the whole world is aware of, should be a dirty dark secret.

All of these reasons are solely from the perspective of a Western female, many Japanese women do not see these as issues in the same way that I do and honestly, dating in Japan has allowed me to experience gentleman behaviour unlike any other country so far.  This country has one of the greatest economies in the world, people are kind, friendly and helpful beyond belief. It’s a shockingly beautiful place with new incredible experiences around every corner but it’s worth noting, it’s not all perfect and that as a woman you may need to prepare yourself for some of these things.