by KatC
in Japanese Culture, Living In Japan
Reading Time: 11 mins read
A A
0
Share on FacebookShare on Twitter

Before moving to Japan, I had heard about some of the animated fashions, noticed the interesting school uniforms on TV and was familiar with the salary man style I’d most likely see a lot off but I had no idea about the following 10 oddities and honestly I’m sorry if by reading this, I’m stealing your opportunity to stumble upon these unique and interesting fashion trends yourself.

You can be cute at any age 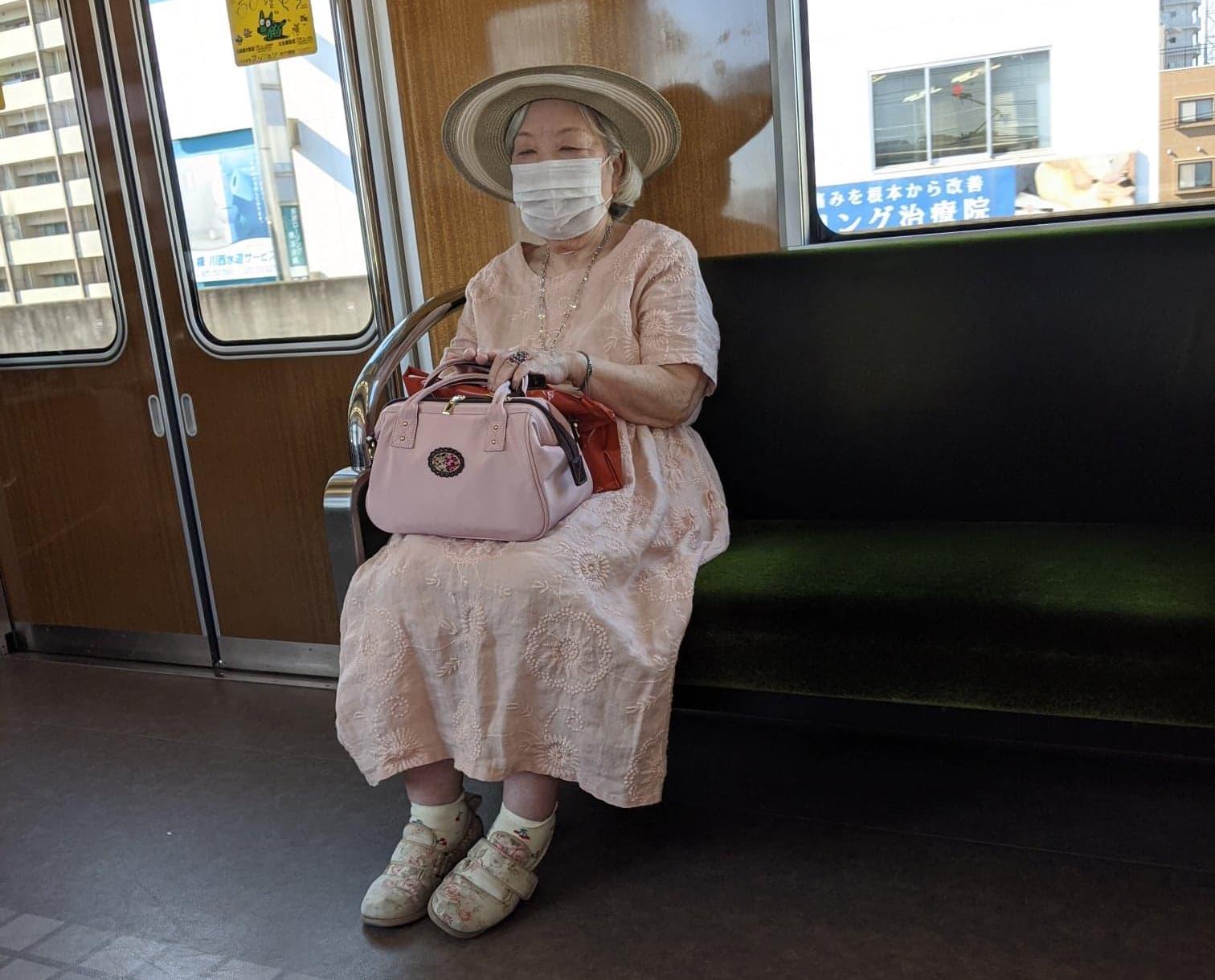 Japan is known to have a high life expectancy, meaning you will encounter many elderly people during your trip. You’ll notice they all dress very sensibly and very neatly, they’re conservative and prone to neutral shades which gives the impression of very serious characters. You may suddenly feel uneasy about your own appearance while around them, hoping you are still seeming respectful in their eyes until you notice that eighty something year olds’ teddy bear handbag, or the animated bee playing golf on that, late seventies, gentleman’s cap.

It is adorable and it can be noticed on any age and any gender. Teenagers at home in Ireland, would be embarrassed to look as though they still play with toys but here all school bags are covered with an array of cartoon character keychains and badges. These can also be seen on business’ people’s briefcases or you’ll notice their whimsical phone covers.

Socks are also a major demonstration of adorability here as you’ll notice indoors where people can’t wear shoes, Adults everywhere wearing spongebob squarepants, pikachu, disney, sesame street, snoopy or candy socks.  The ‘kawaii’ culture is strong in this country and honestly, it’s one of my favorite things about living here.

We’ve all experienced it at least once before, you show up to the event only to notice someone wearing the same outfit as you and we’re rarely happy about it because as much as we try to be better people, we’re already playing ‘who wore it better’ in our head and we assume many others are too which is why I was so surprised to notice people deliberately do this in Japan.

Groups of friends, families, couples and even pets plan outfits for special occasions to match each other. You’ll often see groups of 5 or 6 friends, head to toe in the same outfit down to the very last detail, including all accessories. Here, it’s a way in which people demonstrate their connection to their loved ones.

Young couples often opt for this in their everyday clothes or will at least have something the same, like trainers or sunglasses. It’s essentially a way to let others know you’re together and of course, true to the Japanese nature, to be cute. 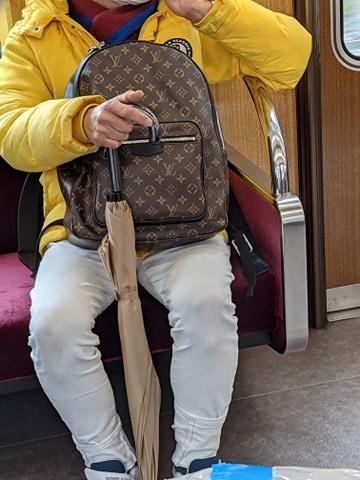 Okay, using the word ‘only’ is a tad dramatic but labels are highly valued in the Japanese society. Perhaps it’s the low unemployment rates that make it so common but if you walk on to any busy train carriage in Japan I guarantee you’ll be able to spot ‘Ralph Lauren’, ‘Louis Vuitton’, ‘Tommy Hilfiger’, ‘Michael Kors’, ‘Gucci’ and so on around you multiple times. Most of my young students are no strangers to these brands either, I’ve had 3 year olds walk into class wearing about a month’s worth of my salary causing me to immediately put away the crayons.

I’m not sure if it’s a style or a quality thing because here a less expensive outfit would still be labeled. For example, I’ve never seen anyone wearing sportswear that isn’t famously branded such as adidas or nike especially when it comes to footwear. I guess, because I grew up in Europe where we mostly live in primark’s best and only take out the labels for a special occasion, I wasn’t used to seeing labels as commonly as I do here.

I would consider that because of the lack of space in Japanese housing and because washing is done using cold water only with no dryers, the Japanese tend to take much better care of their clothes, it’s very possible that they buy for quality but buy less than we do in the West. 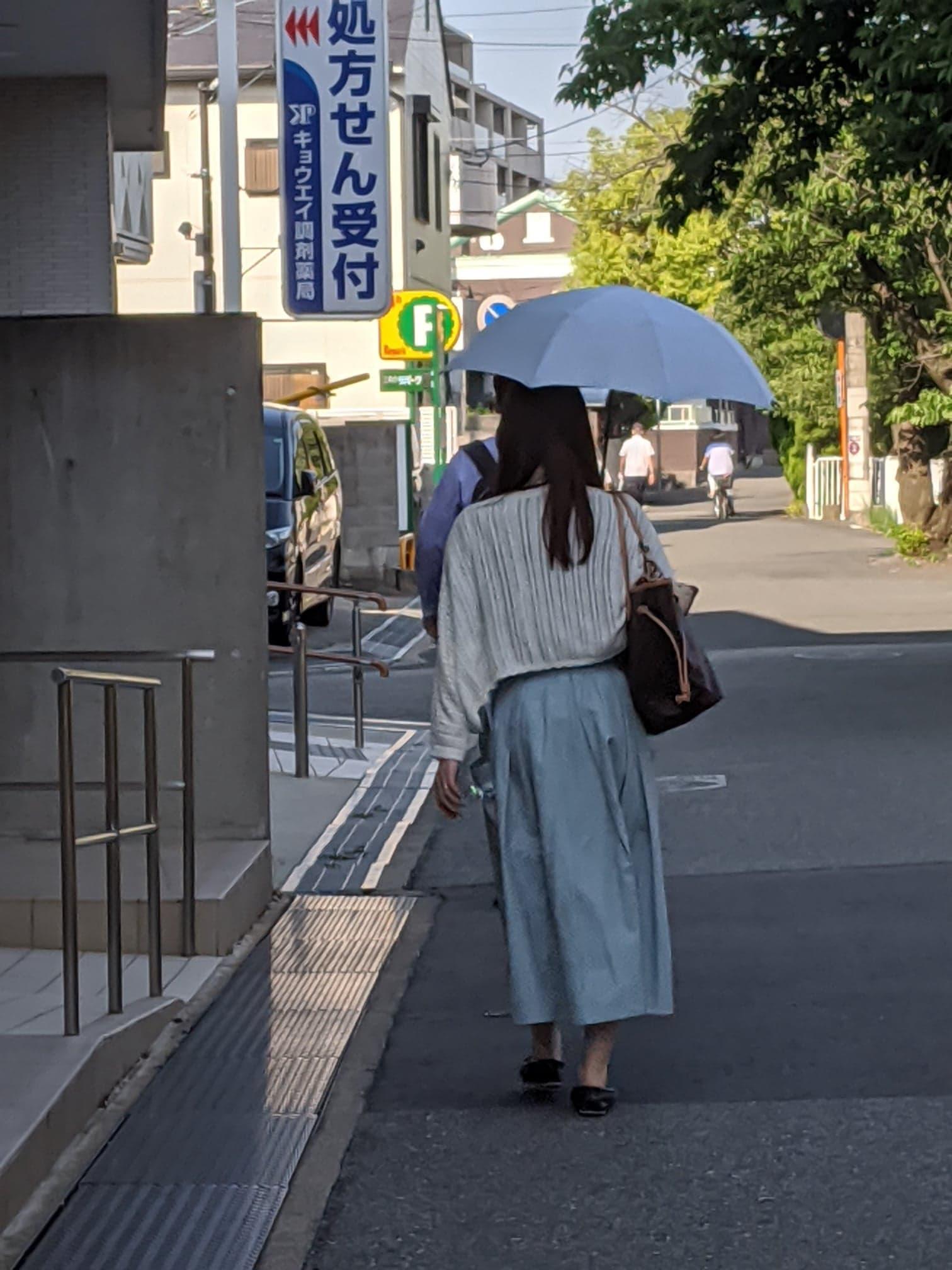 Although the entire population seems to have that slim figure we all idolise in the Western world, they’re never in a hurry to show it off. Both Men and Women tend to wear clothes that are often too big for them and take away shape from the body, the complete opposite of the desired Western look.

Women tend to wear long straight dresses and skirts. I’m not sure if it’s modesty or a fashion statement but they also layer everything so there’s little to no skin showing. Long socks underneath long skirts. Long jackets over long dresses. Men also often tend to wear large bulky hoodies over large, almost inflated looking trousers.

Of course, the desire to be pale also plays a big part in this choice as they prefer to protect their skin from any sun exposure. In hot weather, they wear long sleeves over their arms and carry umbrellas for fear of getting tan.

It is no secret that Japan invented cosplay and is well known for their anime. It’s also well known that the Japanese go above and beyond when practicing cosplay. This is an exciting element of the culture and theme parks, festivals and special holidays see many people take to the streets wearing over the top and entertaining costumes.

The oddity occurs on your average weekday, when every so often, you’ll pass people cosplayed up for absolutely no reason except their own enjoyment! When visiting Japan you’ll be likely to meet comic book characters, superheroes or video game stars wondering around taking care of their daily endeavours with absolutely no embarrassment in their attire and isn’t that the world we should all be aiming towards?

There’s a river near my home where I often go for walks during the week and I have seen the same man dressed as a . . . Em. . . army bird? With a full on beak and wings cycle by me more than once.

It’s a rare occasion, outside of animation, that a foreign movie becomes popular in Japan but they freaking love Leon: The professional.  It’s a great film, do not get me wrong but I’m always baffled as to why this one became so popular in Japan especially as a predominant fashion trend.

Daily, I see people with jumpers, t-shirts, jackets, bags, phone cases, shoes, jewellery and even the odd tattoo with the characters on them and the Matilda bob cut has been a prevailing hairstyle for women throughout the 4 years I’ve been here. 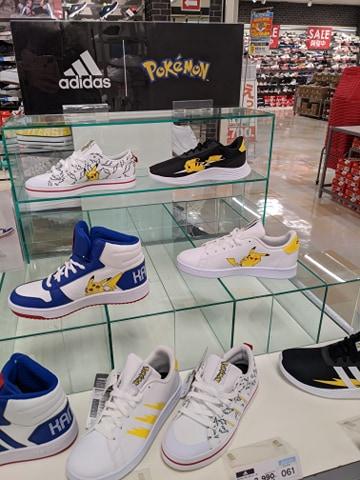 Most people have the odd graphic T at home that stars some familiar character, maybe a Bart Simpson or something but here, if you like any character, you better have the clothes to back it up or how will people know?

It goes back to the first point that everyone enjoys cute clothing but also I’m amazed by how every stitch of clothing has a popular cartoon character version and especially die hard fans will kit themselves out in all the gear.  You will often see people wearing pokemon head to toe, their cap, t-shirt, pants, socks and shoes all supporting their love for the show.

Currently there’s an extremely popular new anime out, Demon Slayer: Kimetsu no Yaiba and I am confident in saying that it is impossible to walk down a street in Japan without seeing either the green and black pattern worn by the male lead or the pink pattern worn by the female lead on people’s clothing everywhere. It’s an increasingly dominant design in mask attire too.

Fuzzy fabric is okay on everything

Winter arrives and we all get out those cosy fluffy and fuzzy pajamas and socks to keep us warm and snug in the cold temperatures. We may also opt for an extra fluffy hoodie or coat too but that’s usually where the fluffiness ends, right? Not. In. Japan.

During the winter months, shops everywhere offer you a fuzzy version of everything including underwear, bras, necklaces, earrings, shoes and even handbags. Despite the bras looking bizarre, at least they make sense for warmth but why jewellery and handbags? It confuses me every single Winter that passes.

A humiliating footwear choice in the West. A guarantee to ridicule and unfortunately bullying in the school yard. Crocs are downright inexcusable as far as I was concerned but in Japan they are an extremely popular choice with entire croc stores dedicated to them.

They make good sense here, to save time with constantly having to take off and put back on foot wear throughout the day. You can even buy extra fancy crocs here in a wide array of designs. People also often tend to decorate their crocs using badges and keyrings and true to the previous point you can also buy fluffy crocs to keep those feet snug.

Honestly, living in Japan, has changed my uneducated stance on crocs in the fashion world and I’ll miss being able to wear them in public when I go home.

Dogs have style too

Yes, I saved the best till last, all dogs here wear clothes, you can argue the cruelty of course and I’m not entirely sure where I stand on that because personally I don’t think humans should be forced to wear clothes either but that’s life.

It is rare to see a dog on the street not dressed to impress, sometimes in the height of fashion and sometimes in costume. Nothing brightens up a day more than being fortunate enough to walk by a dog who’s clearly ready to save the world in his Superman costume.

I think one of the main reasons I moved to Japan is because it seemed so unusual to me and I was not wrong. These 10 seemingly small oddities have greatly impacted my time here as they are something I won’t likely see anywhere else in the world and have added to the memories I get to take with me. If you’re interested in Japan because you think it’ll offer you a unique experience, then get ready for even more oddities outside the world of fashion that will confuse and delight you on a daily basis too.