by KatC
in Japanese Culture, Living In Japan
Reading Time: 10 mins read
A A
0
Share on FacebookShare on TwitterPin this articleShare on LINE

Dating is never easy but at least the movies have given us a kind of rule book for how things are supposed to go and years of watching older family members and friends go through the system has left us with a general idea. Two people meet, there’s attraction, there’s flirting, an eventual date, a few more dates and then the big ‘what are we’ talk.

The Japanese dating world doesn’t exactly work this way and as a straight, Irish female who moved over here, I can say I was thoroughly confused my first few years trying to figure it out. Here are 6 things that surprised me about dating in Japan and I wish I had known earlier to have been a tad bit more successful in my endeavours.

Casual dating is not really a thing. 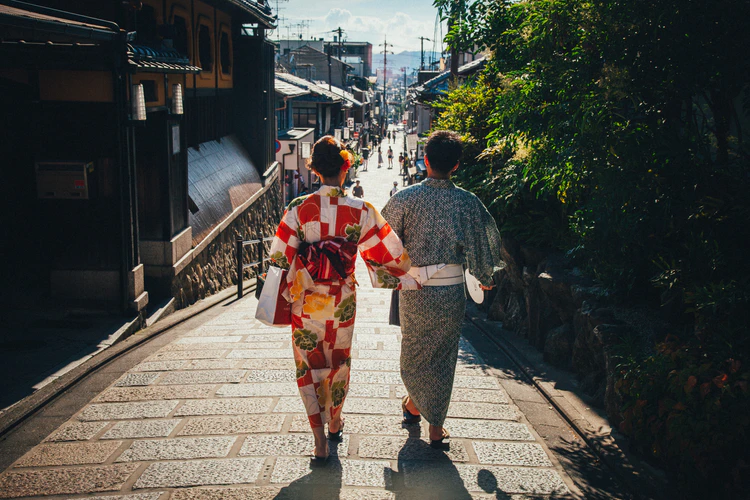 In Japan relationships move a lot faster than what I was used to and the whole dating for a few months before labeling anything is not really practiced here. In fact, in order to even go on a date there needs to be kokuhaku, a.k.a a confession of feelings. You must declare that you like the person before dating can begin which means, once both parties are on the date, they’ve cemented a liking for each other.

Casual dating is therefore not really a thing which was a big surprise, in that I was accidentally getting myself into relationships without even realising when I first got here.  I didn’t understand the “confession” held such significance as all dating usually starts with a mutual understanding of attraction but in Japan, even without knowing much about the other person, once the confession is accepted then you’re in something pretty serious.

It’s really important to make your intentions clear from the start when dating in Japan or you may suddenly have to get through break-ups with people you’ve known less than a week. It may sound like an exaggeration but it’s not, I was genuinely in that situation multiple times.

First dates can feel more like a job interview

In general, on a first date, most of us are hoping that first sip of alcohol hits us fast so we can get past the awkward beginning stages and take a deep dive into our favorite Netflix binges or our kinkier sides can shine through but in Japan, you may need to have prepared some good answers ahead of time. ‘Where do you see yourself in 5 years?’

Considering how fast the relationship can begin, the first dates can be full of questions us Westerners may find slightly inappropriate and also may not have the answers to. I’ve been often asked, if I can cook, how many children I want and even once or twice, would it be easy for me to leave my job when I get pregnant. I’ve also, with no probing, been told salaries, job benefits and future living plans. I’ve heard it’s very much the norm for Japanese women to question such things on a first date too.

This was shocking to me when I first got to Japan, not only because I’m ashamed of my poor cooking skills but also because why is getting to just know each other so overlooked here? I usually don’t care about someone’s long term plans or salary when I want to test the waters to see if we actually have a connection but it’s considered top priority here.

When I first arrived in Japan with no prior research for what the dating world was like, I was feeling confused and very unwanted. It seemed that after every date I went on, I would stop hearing from the guy. Even after I started lying about my cooking abilities.  Why was everyone ghosting me? Especially when I felt I nailed the interview round. 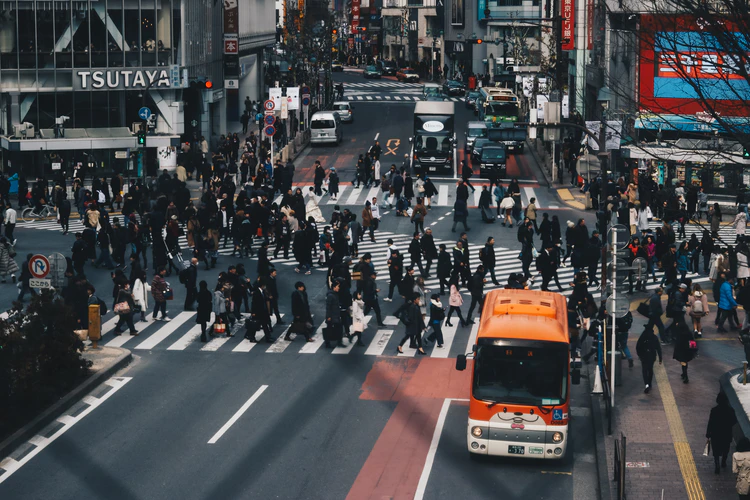 Then randomly a few weeks, months even a year once, would go by and boom, I’d receive a message or a phone call acting as though no time had passed. From my experience this means, they were seeing someone else and it didn’t go well or they’re not getting attention anywhere else and they’re bored so they’re settling for me again. . . “Pfft, ignore, ignore, ignore”.  It wasn’t until I talked to more Japanese people about it that I realised, they’re genuinely just busy.

The Japanese working culture is famously known for its intense hours.  With many jobs requiring 7am starts and 8 or 9pm finishes, weekend events and tons of homework. This rule applies to both females and males in Japan. Once I began to understand this, I ended up in more serious relationships while here.

Another issue is that navigating whether it is a ghosting or they’re genuinely busy becomes really tricky but as much as nobody wants to admit it, a quick social media stalking will usually give you your answer.

I was used to the games at home. I don’t like them but in most cases we need to play them. Act like you hate them to make them notice you. Look like you’re wanted by others to gain their interest. Wait an unnecessarily long time to reply to the simplest messages because you’ve way more exciting things going on and your not actually sitting and waiting for the clock to allow you to send the text you’ve been mentally over preparing for the last three hours.  “I’m good, u?”

In Japan, “the confession” kind of cancels out the need for these games which is nice but be warned that it is extremely tricky to get a direct opinion or answer about anything from a Japanese person. It may seem they’re playing their cards strategically but actually no matter the situation, Japanese people often have a hard time giving direct answers to anything because it’s considered rude and they do not want to inadvertently offend. Every serious question whether it be in love, business, finance or politics will be responded to with a lot of hesitation, a lot of thinking sounds and never a complete answer.

In the dating world, this can be tedious to navigate as we can often assume, they don’t want to give us a direct answer or for those of us used to games, we can assume they want us to suspect other things are going on. The only way I’ve overcome this situation is by asking and stating that I want a direct response which has usually worked out well.

Public displays of Affection are inappropriate

Once I started understanding the patterns, the systems and the whole dating situation and I am use the word ‘understand’ loosely, I had finally started to see some progress with dating and got into a few more serious situations where I felt comfortable enough to try and publicly lean in for a kiss only to learn the hard way that this is not okay in Japan.

Hand holding is the most you will see in Japan as regards couples showing affection to each other. Anything outside of that, even a slightly extended hug, may be deemed inappropriate. Remember, Japan has a fantastic reputation for consistent public awareness. With the large population, people take considering others seriously and although, I don’t understand why it should affect other people’s lives, living in a country that maintains this considerate mentality is one of my main reasons for staying here.

The one kind of public display that is quite common here for relationships is, wearing matching outfits. Another thing that I was surprised by as I know in Ireland we’d be judging couples pretty hard for this but it’s very common here and I mean it’s head to toe when it comes to detail. Hats, sunglasses, jewellery, socks, shoes, everything! The more specific the bigger the feels I assume.

Love is an unspoken understanding 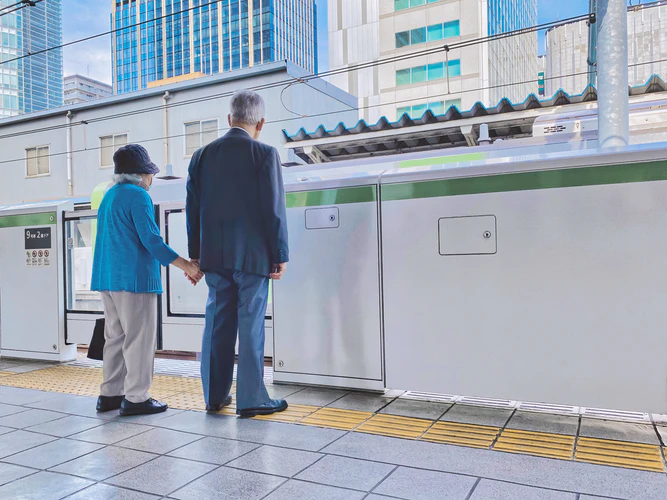 Not only in partnerships, but also from grown children to parents and vice versa, saying ‘I love you’ is not as common here as it is in other countries. It’s a prevalent part of the culture and no research or asking has given me a straight reasoning for this. It could be linked to lack of direct statements and they are often shy here but I can’t imagine that’s the driving force as when in a mutually loving relationship surely comfort would cancel the shyness or the need to be reserved.

With that being said, the concept of action being louder than words is very evident. From my own personal experiences and from seeing other friends in loving relationships, the way people look after their partners and family in Japan, makes the words less necessary than what Hollywood has led us to believe.  If you find yourself in a relationship with a Japanese person and you’re worried over their lack of verbal confirmation, remember it’s simply their culture and if they’re cooking for you, helping you or worrying about you, the love is there believe me.

I’m not listing all of these surprises in order to scare people from dating when they get here but only to help people feel less confused if they feel they’re struggling with it.  Just because things are done differently here does not mean it’s the wrong way and even though I had to get through all of these obstacles, I did manage to find the best relationship I’ve ever been in and did you hear me when I said, there’s no games?? Ladies go book your tickets.

Tokyo vs Osaka: The Differences Between the Two Largest Cities in Japan

20 Things To Do in Osaka and Kyoto With Kids