The hikikomori lifestyle has become more and more common in 21st century Japan with more and young people choosing to live this way.

by Alex Coles
in Japanese Culture, Living In Japan
Reading Time: 7 mins read
A A
0
Share on FacebookShare on Twitter

Hikikomori (literally translating as being confined) is a Japanese term for modern-day hermits, reclusive adults, who choose to withdraw themselves from society by seeking extreme levels of isolation and confinement. Hikikomori can refer both to this phenomenon as well as the recluses themselves.

The word has become more and more popular since it was first coined by Japanese psychologist Tamaki Saitō in his 1998 book Social Withdrawal – Adolescence Without End. It has even recognised by the Oxford English dictionary in 2010 being defined as the ‘abnormal avoidance of social contact.’ 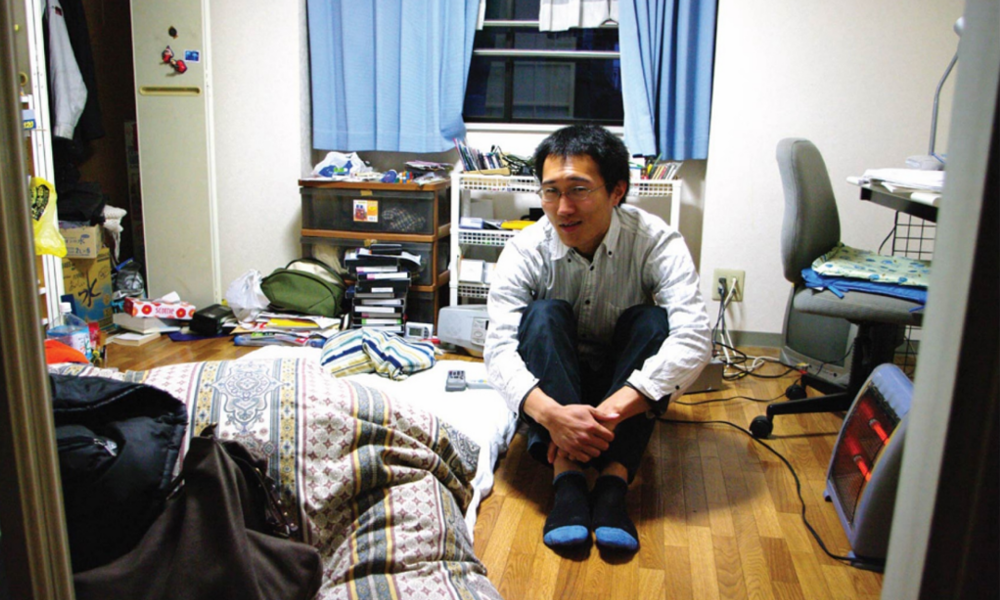 The Japanese Ministry of Health, Labour and Welfare defines Hikikomori as a condition where an individual refuses to leave their parent’s house, do not go to work, or school, completely isolating themselves from society and staying in the same room for a period of at least 6 months.

In recent years researchers developed specific criteria to identify Hikikomori. These include looking for increased and persistent avoidance of social situations, spending nearly every day inside and withdrawal from society.

The government estimate there is half a million hikikomori. As many are hidden away however, this figure is believed to be much higher by experts, at around 1 million. Some experts even stating that the figure could reach as high as 10 million in the coming years. The majority of cases are young adolescents, although in the last two decades the average age has increased to 32, with the overwhelming majority being male.

Many of these individuals still live with their parents and so do not need to worry about food or shelter, continuing this lifestyle as they get older. The problem is more common among more middle-class families compared to less well-off families as they can afford to look after them. In a less well-off family, they would not have this option and would be forced to have a job outside the home.

Symptoms often vary between individuals but can include violent outbursts, as well as obsessive, paranoid and depressed behaviour, many are also extremely shy. They usually have no friends and have very little contact with the outside world.

Another group which are quite similar and overlap in many ways to the hikikomori are otaku, which is a Japanese term for geeks or nerds. They are known for their very specialised interests and obsessions, especially manga and anime. Many hikikomori often has similar personality traits to otaku, including poor social skills. It can also be similar to the social withdrawal exhibited by people suffering from autism.

Why do they withdraw?

The reasons why they decide to withdraw themselves can be quite complex, as there can be many factors that are significant to this. This can include factors such as poor grades, loneliness, family and social pressure and trauma, which all come with a lot of stigma, rather than sympathy. A term called sekentei plays a part in hikikomori’s factors. Sekentei refers to the person’s reputation in the community and the pressure they may feel to impress others.

The longer hikikomori withdraws themselves from society, the more they become aware of their social failures. This can cause them to lose any confidence and self-esteem they may have had and the prospect of leaving home becomes more difficult and terrifying. Hikikomori can also be a form of rebellion as the country shifts away from a collective minded society to an individualistic one, with younger generations keener to express this.

Another factor is the amae or dependence, characteristics which are seen as essential to Japanese family relationships. In Japanese culture, it is normal for young women to live with their parents until they are married, while men may never move out of the family home. Even though many hikikomori is violent towards their parents, kicking them out is not an option, it is seen as an unthinkable thing to do. In exchange for supporting their upbringing, parents expect their children to fulfil their role in society as by getting a job and being a positive citizen.

School and educational pressure can be seen as another contributing factor to their isolation. Japan’s educational system, like the rest of east Asia, puts great demand and pressure on schoolchildren from an early age, with a high emphasis on competition and memorisation of facts and figures for passing exams, with many expected to go to university after high school.

The idea of a rigid pass or fail system can create a great deal of stress for individuals as failure is not an option. When this pressure becomes too much for some individuals they may withdraw themselves and no longer go to school. Other pressure from school may include from classmates, who may bully individuals, for any number of reasons including their appearance, background, or for being different. Many hikikomori can be an easy target as they are likely to have no friends and will stand out from others. They may also feel intimated or humiliated by teachers.

Social pressure can also lead to isolation for hikikomori. Many individuals choose to withdraw through extreme anxiety and shyness being around others, as even if they want friends or relationships, many are too anxious to do so. This can add to the already existing pressure they face, making it much harder to motivate themselves.

Extreme family pressure, where the expectations for the eldest son especially, can be too much to handle for some, leading to anger and isolation. Parents often place all their hopes and dreams on the eldest son. They are expected to follow in their father’s footsteps and work for a major corporation as a typical salaryman, regardless of their own aspirations and interests they may have. This may lead them to grow frustrated at how much pressure they face compared to their younger siblings, who often face nowhere near as much pressure.

Failing these expectations can lead to great shame on the family. Parents may treat their son with anger, making him feel guilty, causing a further breakdown in communication. It is also worth noting that a lot of males have few male role models, as their fathers work long hours and rarely have time for their families due to gender roles of the country, where the father is expected to have sole economic responsibility of the household. 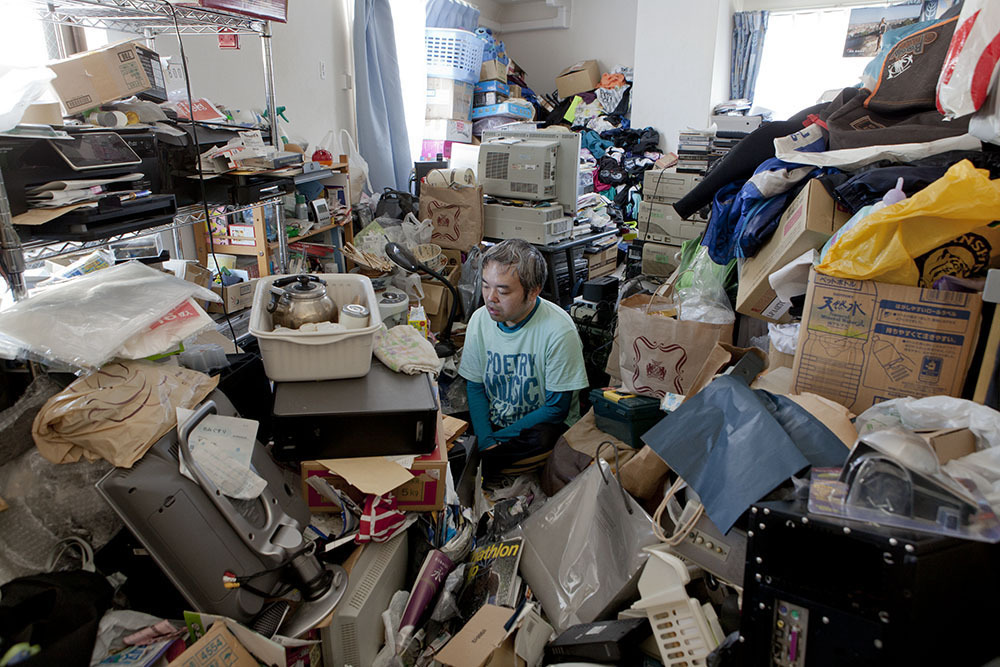 There is also the idea that modern technology such as video games, internet and social media have influenced hikikomori. Many individuals no longer need to leave the house at all thanks to modern technology, with the overwhelming majority of hikikomori being prolific gamers. Although this may not necessarily cause withdrawal it can deepen it, making it harder for individuals to be interested or have any desire to reconnect with society.

Modern technology is not entirely negative, however. The growing connectedness of offline and online worlds can help to ease hikikomori back into everyday life. A good example of this is Nintendo’s smartphone game Pokemon Go, which uses augmented reality to overlay Pokemon creatures onto the real world that players have to roam about to collect. This kind of bridge between the virtual and real worlds can make it easier and encourage hikikomori to leave their homes.

Hikikomori can often be treated through therapy and counselling. Although for many, it can be years before they seek help. Without a good support network and an understanding family, it can be impossible to stop. There are dedicated charity run youth clubs known as ibasho, which help to gradually re-integrate members back into society.

Another less conventional form of support is through women, known as ‘rental sister’ who are women paid by the parents to make contact with the hikikomori. As many refuse to talk to anyone, contact is started through letters, which are left outside their room. It can be months before the individual feels comfortable enough to meet in person, after chatting on the phone, letters and talking through the door.

Although many see hikikomori as a relatively harmless individual, seeing them as dreamers who choose to withdraw from a fast-paced life. Others, however, are fearful of them, due to serious incidents such as neomugicha, the online name of a hikikomori who managed to hijack a bus with knives hidden in his pocket, killing one and injuring several passengers. His actions caused copycat hopefuls to plan subsequent attacks together online.

Hikikomori is not just unique to Japan, as in recent years there have been many cases around the world, including, Korea, America and Italy. It is emerging as a problem in family centred societies where adults continue to live with their parents long after their twenties. For some it is a way of life that may never change, while for others, with the right support, can integrate back into society, improving their relationship with their families. In today’s modern society it is entirely possible to live their life without the need to ever eave their home, finding work online as a computer programmer, designer or website designer.