Sendai Travel Guide – 9 Best things to do in Sendai

by Alex Coles
in Japan Travel
Reading Time: 7 mins read
A A
0
Share on FacebookShare on TwitterPin this articleShare on LINE

Located in the Tohoku region, Sendai is the largest city in the region with over a million inhabitants and is known as ‘the city of trees’ due to its abundance of lining the streets. The modern city of Sendai was founded in 1600 by one of Japan’s most powerful feudal lords at the time, Date Masamune. The city has many interesting and historical attractions worth visiting, many of which are connected to Masamune and his family.

Zuihoden is the mausoleum of Date Masamune, one of the most powerful feudal lords during the Edo Period. Masamune was the first in a long line of lords to rule over Sendai from Aoba Castle. His son and grandson are also entombed in nearby mausoleums. Zuihoden was designed in the style of the Momoyama Period and features intricate woodwork as well as a variety of bright colours. Cedar trees line the path in the area, which are thought to symbolise the long history of the Date clan.

If you are a fan of beer then why not visit the Kirin Beer Factory in Sendai? Here you can go on a free tour around the factory and learn for yourself how beer is made. The name ‘Kirin’ is synonymous in Japan with beer. Its name originates from the legendary mythical creature of the same name and have been making beer for 130 years.

The fascinating tour carefully explains the process of how beer is made, detailing the entire process from ingredients, filtration, cooling, and packaging. You can also learn about the history of Kirin and its products. The tour is also quite interactive as visitors can smell the ingredients and feel the cooling tanks.

The finale is the most popular part of the tour, where you are shown how to properly pour a beer. Visitors are then given access to enjoy the free bar, with  Kirin Shibori, Kirin Lager, and Kirin Stout are all available on tap. To top off, all visitors are given crackers and adults receive beer jelly chocolate samples as well as a Kirin beer coin bank made at the factory.

Tanabata festivals which are also known as ‘star festivals’ is an annual festival held all over Japan on the 7th day of the 7th month of the year, when according to Chinese legend, the two stars Altair and Vega cross align. The Sendai Tanabata Matsuri is held every year between the 6th and 8th of August and is one of the largest and most famous Tanabata festivals in Japan.

Many festivities take place throughout downtown Sendai, with the main feature being thousands of colourful streamers decorating the city’s shopping arcades, which resemble brightly coloured forests.These are handcrafted by local community groups and schools out of traditional paper and bamboo.

Many other events are held around the city centre including at Shimin Hiroba Square, Kotodai Park and along Juzenji Dori Street. These include stage performances, live music and entertainment, traditional dance as well as many food stalls. Additionally, on the night before the festival, there is a fireworks festival along the banks of the Hirose River. 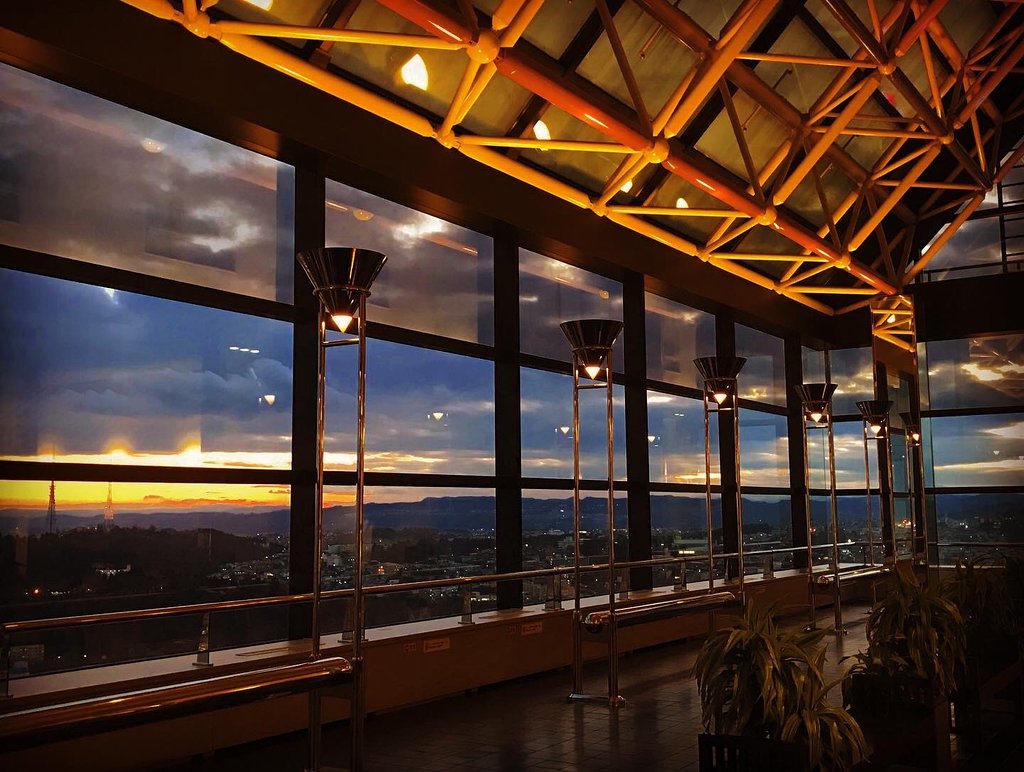 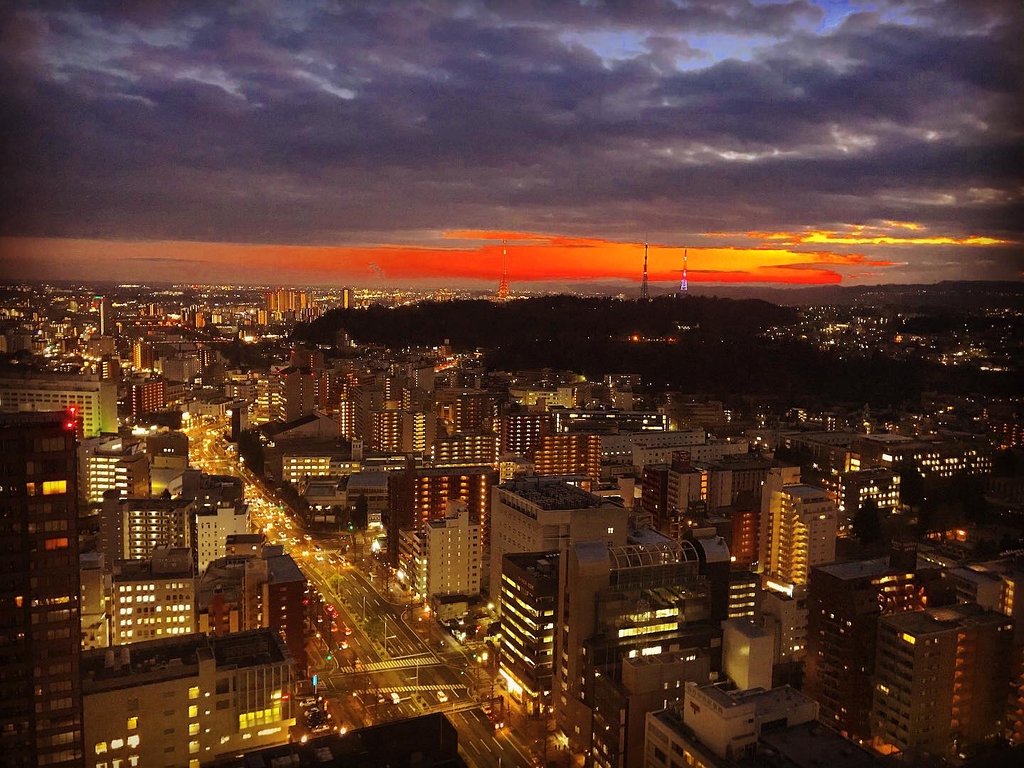 Sendai Castle, which is also known as Aoba Castle, is the ruins of the former castle, occupying a prominent location on top of a hill in the western part of the city. The castle was built and founded by the famous feudal lord Date Masamune in 1610. A statue of Masamune riding a horse looking down to the city can be found at the entrance to the castle grounds, offering visitors nice views of the city.

Located just outside central Sendai is Akiu Great Falls, one of the 100 best waterfalls in Japan. The beautiful waterfall stands at a height of 55 metres and a width of 6 metres. The scenery can be admired from both the observation point and also a point close to the basin.

This area, which is called Futakuchi, has many other amazing natural features including the 80 to 150m high Banji-iwa rock walls stretching 3km and Futakuchi Valley made up of many waterfalls. The area has a lot to offer and with its scenic natural beauty and is a great place to recharge.

The Miyagi Museum of Art which opened in 1981 is a large art museum in Sendai. Its collection mainly focuses on works connected with Miyagi Prefecture and the wider Tohoku region. It includes works from the Meiji period right through to the present day.

There are also some western works in its collections, including works by Wassily Kandinsky and Paul Klee. The museum also holds many workshops, which are open to anyone interested to draw, paint, make pottery and sculpt.

Located around 5 minutes walk from JR Sendai station is Sendai Asaichi Market. The market, which translates as ‘morning market’ is a popular food market selling a variety of seasonal fresh fish and produce. It is nicknamed ‘Sendai’s Kitchen’ due to the large variety of food on offer here.

There are also a few stalls selling prepared foods such as onigiri. The market has an old fashioned and traditional feel to it and a great place to experience the food culture of the city.

Osaki Hachimangu shrine is a large Shinto shrine located in Aoba-ku, Sendai. The shrine was constructed Date Masamune in 1607. The main shrine building has been designated a national treasure of Japan. The Shrines’ deity Hachiman, is the god of war and is considered the guardian of the city.

The shrine was recently restored to its former glory, a striking example of Masamune architecture. The main building consists of a main hall and offering hall, covered in black lacquer and gold leaves. The shrine is particularly popular during the various festivals held throughout the year such as the Saitansai during New Years, Reitaisai in September, and Shichigosan in November.

From festivals to historic sites and shrines, Sendai is a city with a lot to see and do and is a great place to visit. So you’re thinking of visiting somewhere different why not visit here on your next trip?

What to See in Japan this Fall/Winter? 5 Places You Must Visit (2022 update)