by Alex Coles
in Japan Travel, Living In Japan
Reading Time: 5 mins read
A A
0
Share on FacebookShare on Twitter

Many would agree that Japan is among the most romantic destinations to visit, from cherry blossoms to picturesque walks and temples there are many beautiful and romantic honeymoon places to visit. Here is a list of 9 of the best.

Located in Hokkaido, Niseko is one of the most famous ski resorts in Japan known for its light powder snow. Niseko’s resorts are very accessible and friendly to foreigners. The resorts are located on Mount Niseko-Annupuri. The three major resorts, Grand Hirafu, Niseko Village and Annupuri, cover around half the south-eastern half of the mountain. In addition to the many kilometres of ski trails the resorts also offer the option to explore off-trail skiing, which can be accessed through special gates or experienced on helicopter tours.

Grand Hirafu is the largest of the resorts with the town Hirafu at its base. From traditional ryokans to  more fancy hotels and modern apartments there are many places to stay as well as  a variety of restaurants and lively nightlife. It is also very English friendly with many English speaking staff and menus available.

Located about an hour and a half from Tokyo is the beautiful onsen resort town of Hakone. The town has many traditional ryokans and spa resorts and offers breathtaking views from the cable car that go up the mountain making Hakone is the ideal honeymoon destination. It is especially beautiful to visit during the cherry blossom season in spring where hundreds of trees line the Hayakawa River, a lovely place for a romantic stroll.

Our Selection of The Top 10 Things To Do in Hakone

With some of the most breathtaking beaches around, Okinawa is undoubtedly a popular romantic place and a great place to relax and admire some truly beautiful scenery and seas. The seas around Okinawa are considered among the most beautiful in the world coral reeds and abundant wildlife. There are plenty of outdoor activities to enjoy, including snorkelling and scuba—diving. The islands are a great place to come if you want to get away from busy urban life, in a calm subtropical environment.

When you think of traditional parts of Japan for a honeymoon it is hard to look past Kyoto. It is one of the most historic parts of the country making it one of the most romantic places to visit in Japan. With many temples and shrines, it is a very beautiful city with a very different atmosphere compared to other major cities such as Osaka and Tokyo.

Gion, the traditional Geisha district is a popular place for couples to visit where you can have photos taken in an old Japanese town setting dressed in kimono. Arashiyama, in the northwestern part of the city, is another beautiful part of Kyoto. The area is very picturesque, particularly popular for its enchanted bamboo grove. Couples can even hire a pedicab to take you around the forest in a traditional rickshaw, making the stroll even more romantic. The drivers know the best spots to take pictures so you can enjoy and treasure these memories for a lifetime. The paths of philosophy or zen gardens are also popular romantic spots and something that interests every couple.

10 of the Best and Most Beautiful Temples in Kyoto 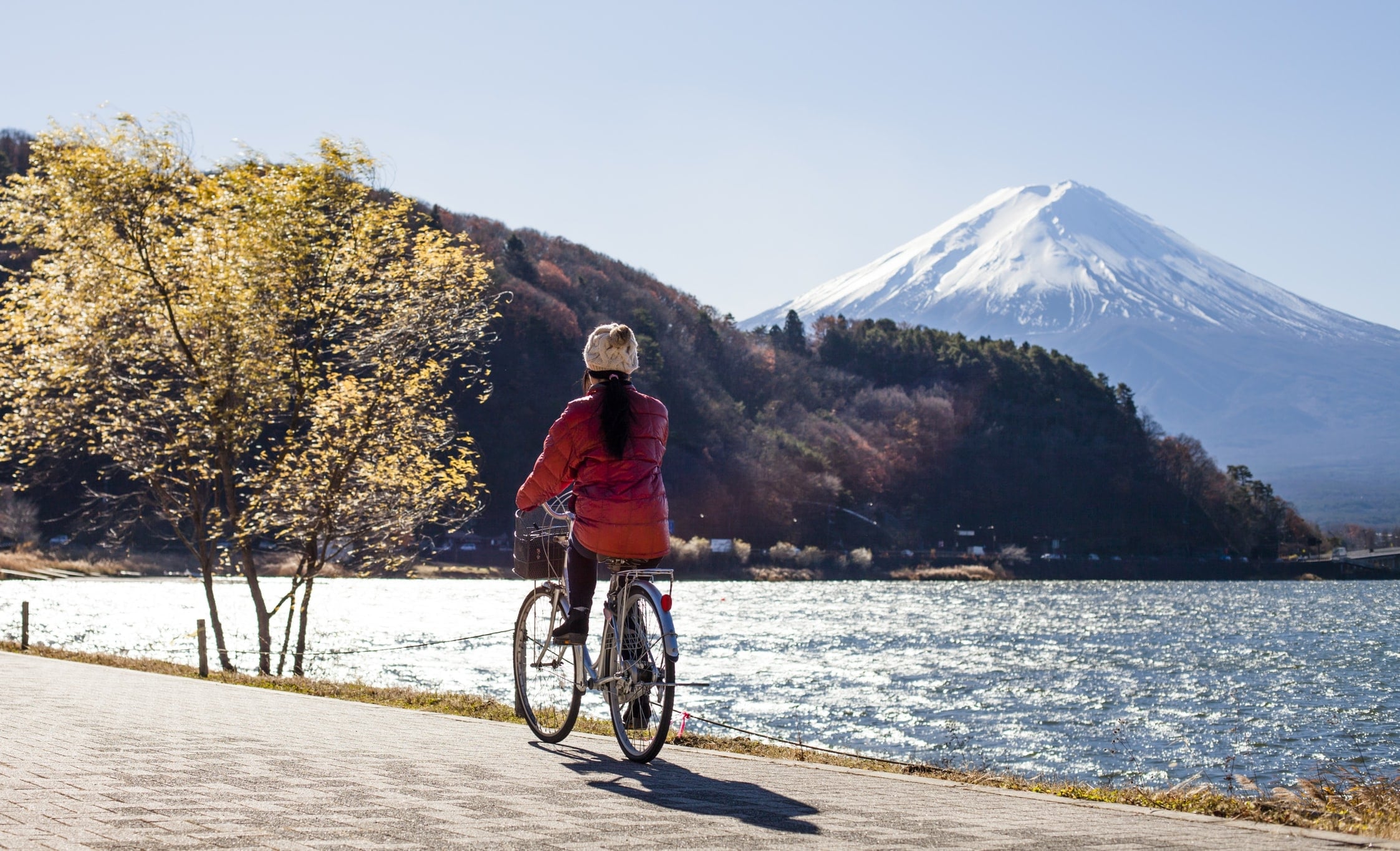 Mount Fuji is one of the most iconic and famous landmarks in Japan, providing one of the most beautiful and romantic backdrops in the whole of the country. The Five Fuji Lakes (Fujigoko) is at the northern base of Mount Fuji and offers one of the best vantage points to the mountain. The area is known as a lake resort area with many popular outdoor activities available including hiking, camping and fishing, as well many hot spring resorts, making the lakes a beautiful place to come and relax with such a stunning view to admire.

Karuizawa is a popular mountain resort town located only an hour from Tokyo in Nagano. The town is located at the foot of the active volcano Mount Asama at an altitude of 1,000 metres, providing a great escape from the hot summer heat. The town draws visitors throughout the year for its outdoor activities including skiing, golfing, hiking, hot springs and beautiful natural scenery. There is also a version of Tokyo’s Ginza shopping district.

It is great as a romantic destination as it is on the route of Japan’s Romantic Road, a 350 km long road from Nagano Prefecture to Tochigi Prefecture. The route offers many beautiful autumn colours from October to early November. As the route is not well served by public transportation it is quite off the beaten track for tourists, although it is possible to rent a car.

Tokyo may not be thought of as a romantic destination compared to many others on this list but it a glamorous city with lots to offer. From exploring the illuminated city at night to trying some of the best restaurants in the world and cherry blossom viewing in the many parks, Tokyo has it all.

A popular place for couples is Chidorigafuchi Canal, an ideal romantic spot where you can row your boat along the canal admiring the beauty of the cherry blossoms. The city of Tokyo is like no other in the world with its many quirks, it is a city where couples will love exploring.

One of the most romantic villages in Japan, Shirakawa-go, its name translates as ‘white river village.’ Located in Gifu prefecture, it has been a UNESCO world heritage site since 1995. The place is known for its many traditional farmhouses, which are more than 250 years old. Their design is strong enough for its roof to withstand heavy snowfall.

Shirakawa-go is a very romantic place, especially during winter, particularly during the night view of the village, adding a romantic white colour to the village. Going in winter is the most beautiful and romantic time to go as the whole village is lit up with lamps, almost like a fairytale which adds to the already beautiful scenery and atmosphere.

Torii gates are famous and beautiful all over Japan, none more so than that of Miyajima, one of the most iconic in Japan. The gate is nicknamed the ‘floating gate’ as it appears as if the torii is floating on the water. It is considered one of the most beautiful views in the whole of Japan, added by the spectacular natural backdrop of the mountain and sea, making it a wonderfully romantic place to visit. It is particularly beautiful after sunset where the torii is illuminated until 23:00 proving a nice atmosphere for an evening walk.

The name of the island is officially Itsukushima, but is more commonly known as Miyajima or ‘Shrine Island’ due to the significance of the shrine. On the Island, there are many friendly deer that wander around the paths. Miyajima is particularly popular as a romantic overnight stay in one of the many ryokans, as it is often quieter in the evenings, but is equally popular as a day trip from Hiroshima.

As you can see there are plenty of amazing romantic places to visit in Japan. From breathtaking scenery and beaches to traditional temples Japan is a country full of beauty and somewhere that you will love visiting on your honeymoon giving you special memories that you will cherish and enjoy.