by Azra Syakirah
in Japanese Culture, Living In Japan
Reading Time: 5 mins read
A A
0
Share on FacebookShare on Twitter

Is Harajuku fashion dying? – Tokyo is famous for its wild and crazy, pure and creative, limitless and shocking fashion. Even the locals agree that imagination and spirit lies in this city, and Harajuku is basically where all the action happens. There is a special kind of energy that flows in the area, and anyone who’s ever been there has felt it.

Gossip and words began to spread initially only in the fashion world about the “death” and demise of Harajuku’s original essence and, well, fashion. In recent years, this topic of discussion became widespread and even those who were not keeping tabs are searching the webs and scrolling feeds everywhere. How can the famous area that was once known as the birthplace of legendary streetwear brands like BAPE, Undercover and Neighborhood be sucked out dry of creativity?

Media, especially international media, can sometimes blow things out of proportion. Here’s a not-so-short rundown and a little insight from one who’s humbly a certified fashion expert.

The rise of Harajuku style

Just for the record, there isn’t a specific style to describe Harajuku fashion. If there was, it basically cancels out the rule of no rules and the very definition of originality and creativity. From gothic lolitas and weekend cosplayers to the retro rock ‘n roll to kawaii put-together, this mix of non-mixing is what made Harajuku oh so special and enticing.

There were many “zones” in Harajuku that effectively make up the neighbourhood. From the reigns of designer fashion by labels such as Yohji Yamamoto and Comme des Garcons, to pioneering Japanese streetwear labels like A Bathing Ape and Undercover, it’s safe to say Harajuku had it all. Even the ones that were not flashy in style were considered a style. As streetwear became prevalent during this time, multiple subcultures were formed, and to this date many have studied them, making them legendary in history, technically.

If you have not heard, many associate the oversized, laid-back casual look to be Japanese-esque, as well as the all-black look. Elements from Japanese culture and tradition, as well as slight Western influence, was what birth the aesthetics. Much like how brightly-styled, cute, neon looks are also linked back to being Japanese-esque, due to the exposure of lolita and kawaii. It only goes to show that, even though these looks are total opposites, they still resemble the same thing. And it just proves the initial statement: there is no one style to Harajuku fashion.

The decline and fall 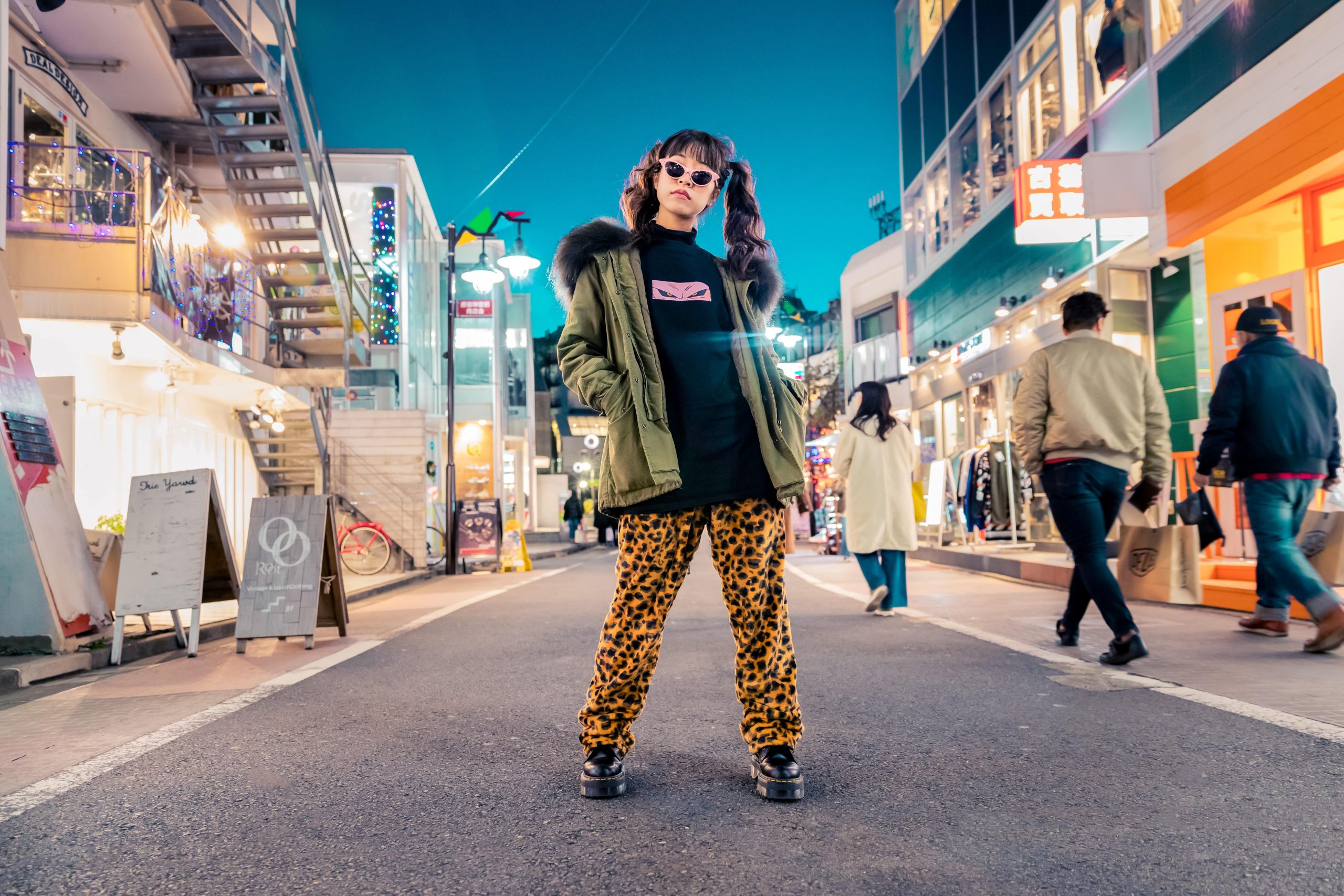 Many who were witnesses of the shifting array of styles claimed that the decline, and eventually fall, of Harajuku fashion was prominent. The change in Harajuku’s fashion scene was instantly judged as the absence and drainage of its original essence.

It is true, however, that the neighbourhood that was originally a unique, one-of-a-kind fashion crate had now included high fashion and major, fast fashion brands. With tourism booming and the full-on effects of globalization to Japan, the once sacred fashion area became a soul-sapping, tourist attraction as 100yen stores filled up every other corner and even businesses and banks have appeared.

Forcefully pushing these creative talents into a corner, several fashion subcultures had to follow suit to this trend of mainstreaming. Having to adapt to the different access of clothing as well as the prices of clothing, it is no wonder it had a major effect in the Harajuku scene.

While it is extremely prominent that the styles of Harajuku fashion has changed drastically since its original days, the truth is it is merely evolving. Much like everything else, the re-evolution of something does not necessarily have to be in its original form.

As mentioned a couple of times, Harajuku fashion has never been one specific style. The title does not only belong to the flashy ones and the loud, strange looks as what majority of people presumed. It refers to a special zone of no judgements, and limitless creativity. If the past few decades have not shown already, fashion changes so fast that if it stays too long, it might as well be weird.

While it is extremely prominent that colours have distinctly faded from the streets of Harajuku, the ever-so passionate souls are always lingering. This neighbourhood has become the heart and soul for the people who desire to express themselves. It has become a safe zone to some, and home to others. People interact and connect, friendships are made daily, and new talents are often discovered.

People all around the world come to Tokyo just to experience the Harajuku vibe. While it may not be what you see in publications such as FRUiTS, it is the modern day Harajuku, still oozing with energy and bustling with new fashion tribes. It is still the spot where fashion trends are born and made.

It is safe to say that Harajuku is not dead. It has never been, and it will never be. Just like how the Harajuku people are trying out new clothes and styles to experiment with, so is the area itself. It’s a change, not and end. Sometimes the devil is in the details, and maybe that is what the creative fashioners are experimenting in these next few decades. Who knows, in the next century, this is what they define as Harajuku fashion.

Kumamoto Japan – All You Need To Know To Enjoy Your Trip

by Andrew Smith
0
No Result
View All Result