All You Need to Know about Ramen in Japan!

by Natalie-Elizabeth Tan
in Japanese Food
Reading Time: 9 mins read
A A
0
Share on FacebookShare on TwitterPin this articleShare on LINE

What could be more comforting than slurping good noodles served in a rich, piping hot broth, topped with juicy chashu slices and crispy nori? And if you’d like, add on a flavourful ajitama with deliciously gooey yolk.

Ramen is a beloved staple dish in Japan, synonymous with Japanese dining culture, and it’s easy to see why. The flavourful broth is simmered for hours to extract the flavour from its ingredients, coating the perfectly springy noodles with just the right amount of flavour. Ramen can be found in every nook and cranny of the country, whether it’s a humble stall run by a sweet old man, or an international chain with locations worldwide. The flavour of ramen also greatly differs in different regions, with each prefecture putting their unique spin on this dish – like Hokkaido’s famed buttery Sapporo ramen with crunchy corn, or the ever-popular tonkotsu ramen that hails from Hakata in Fukuoka.

If you’ve ever felt confused by the various ramen terminologies, this guide’s for you! Here, we’ll teach you everything you need to know about the various iterations of ramen. 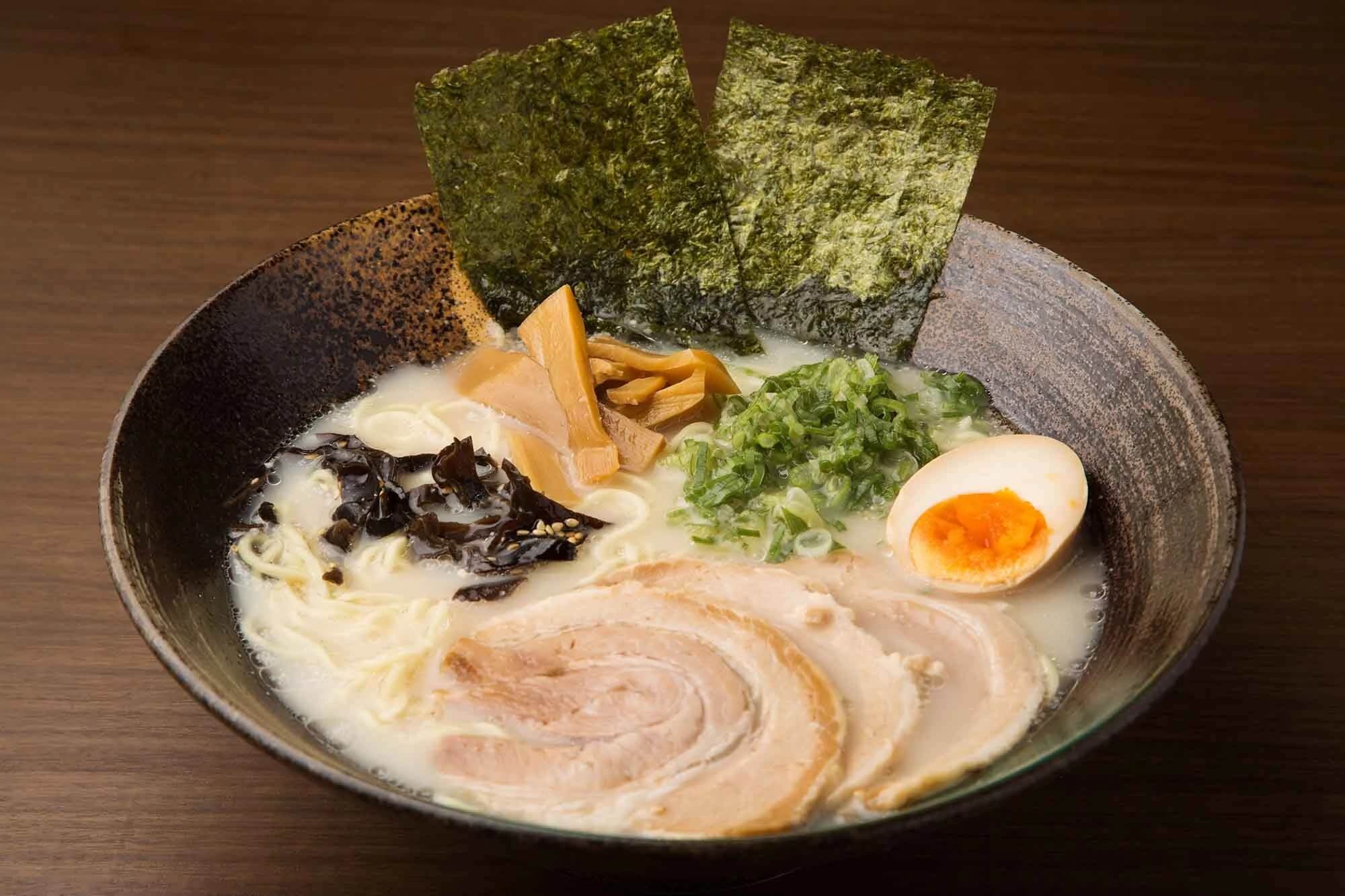 Undoubtedly the most popular type of ramen, tonkotsu ramen originates from the region of Kyushu. It has a thick broth made from pork bones that release collagen while simmering, which in turn thickens the soup. The broth has a cloudy whitish-yellow appearance, and packs a punch. Owing to its immense popularity, tonkotsu ramen has a ubiquitous presence.

Two mega-popular places that serve up tonkotsu ramen would be IPPUDO Ramen and Ichiran, both highly-lauded ramen chains with an international presence. Ichiran is especially known for having a one-item menu, and their ‘faceless’ service catering to introverts.

A close cousin of the famed tonkotsu ramen, tori paitan ramen features soup made the same way as tonkotsu, but with the pork bones replaced with chicken. The soup is still hearty and creamy, yet lighter on the palate. As its name paitan, meaning white soup, suggests, the soup is a milky white colour with a thick, creamy texture. The ramen usually comes with juicy slices of pork chashu, although chicken chashu or slices are common toppings too. 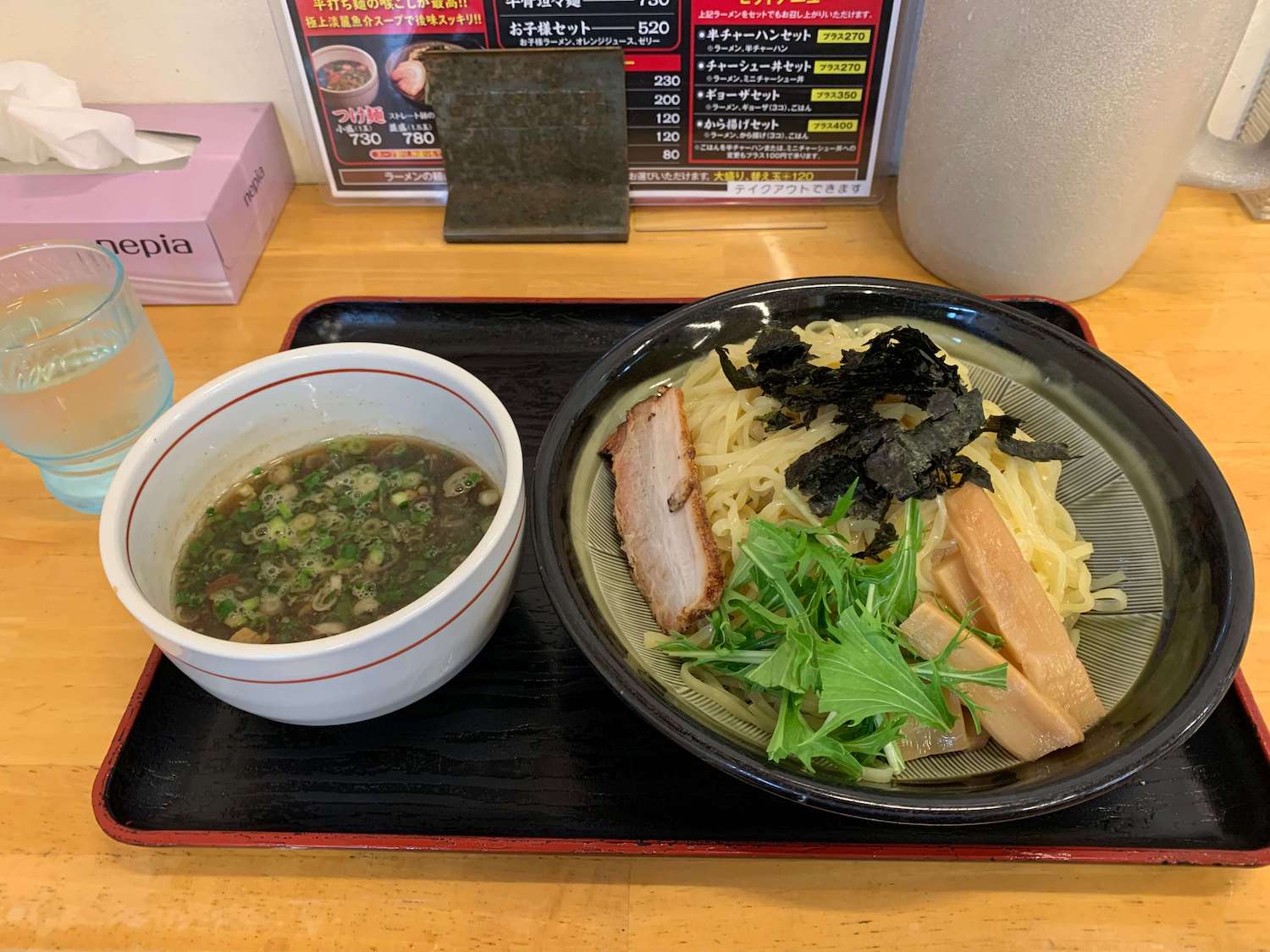 Another (more distant) cousin of tonkotsu and gyukotsu ramen would be gyukotsu ramen, which is made with beef bones – but one difference is that it is not a paitan, hence gyukotsu broth is clear, and the soup is lighter. It is not as popular in Japan like the other two iterations are, but it’s a specialty in Tottori in the Chugoku region. The fragrant broth has a distinctively beefy flavour and is typically accompanied by succulent roast beef slices cooked to rare perfection.

The broth for oyster ramen is made by simmering oyster for hours on end to extract its signature briny taste. Similar to tonkotsu and tori paitan, the broth in oyster ramen is a paitan. But there are different versions of oyster ramen too, with some places making oyster shoyu and oyster shio ramen.

The oyster soup is robust and reminiscent of the ocean, paired with springy ramen and huge juicy and plump oysters. Yum! Sobahouse Kiniro Hototogisu in Tokyo specialises in just this, dishing out bowl after bowl of its piping hot Michelin-starred shellfish ramen. 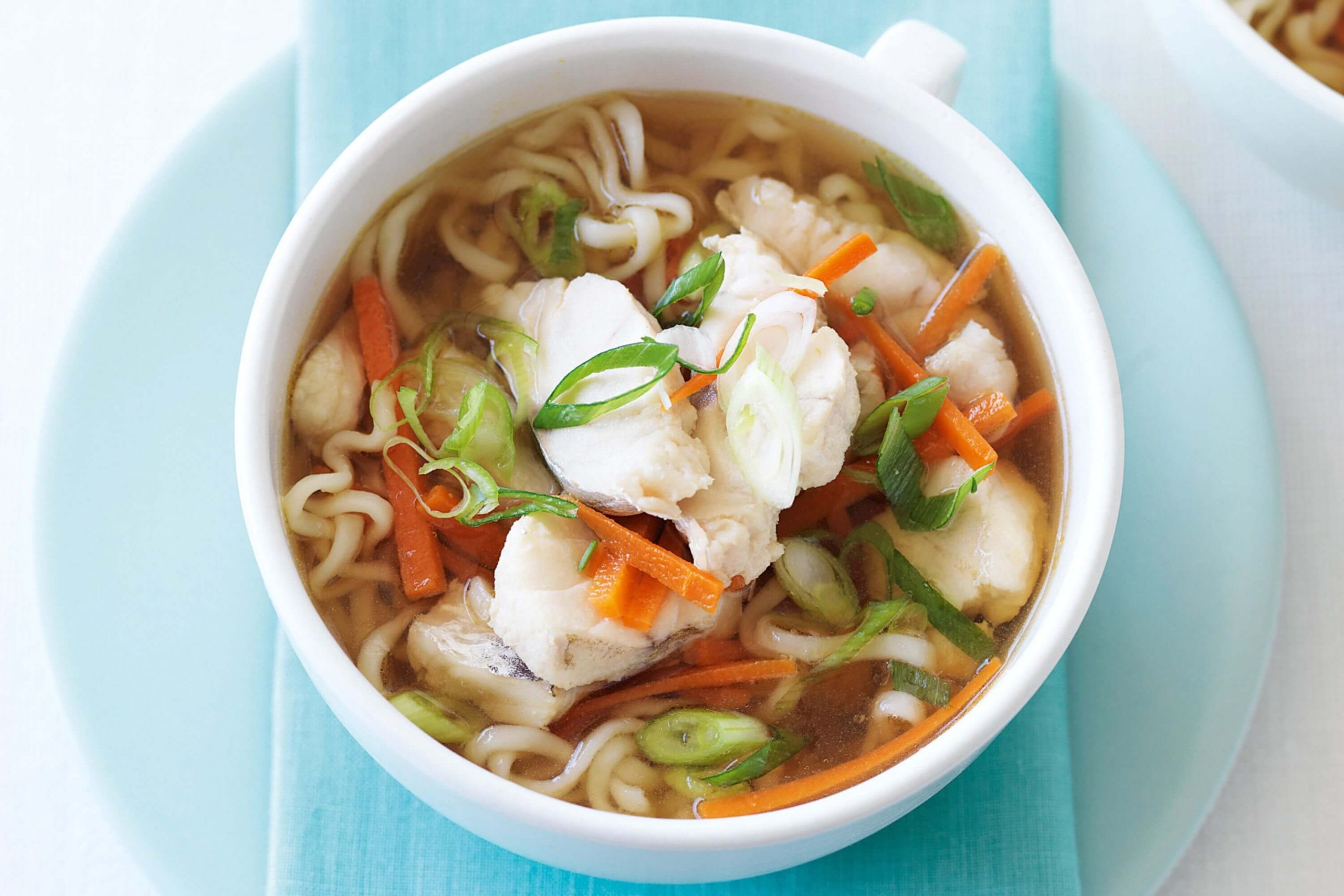 Less commonly seen than its other meaty counterparts, fish ramen is an underrated dish that deserves more recognition. Ramen shops that create this dish only ever use premium fish guaranteed to produce the most exquisite taste, for example, Ramen Housenka in Shinjuku that only uses golden snapper, and Yakiago Shio Ramen Takahashi exclusively uses flying fish to make their broth. Despite its light consomme-style soup that may look deceiving, fish ramen is packed full of flavour, its heavenly taste coming through in each bite. 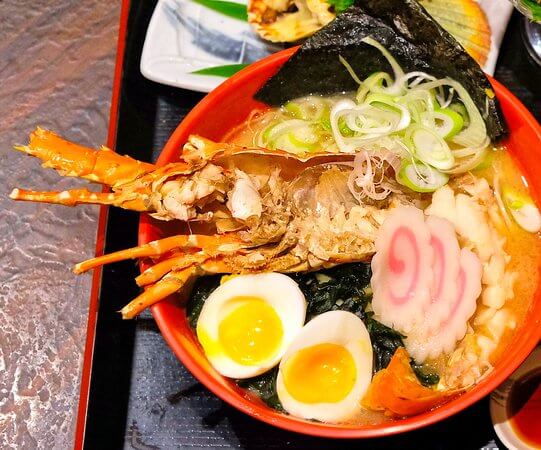 If you’re looking for something decadent and perhaps French-inspired, why not try lobster ramen? To make lobster ramen, whole lobster shells are boiled together with other ingredients to create a robust broth comparable with lobster bisque – sans the white wine and cream. More often than not, the ramen also comes with a whole lobster (yes, a whole lobster!) for a truly extravagant meal. 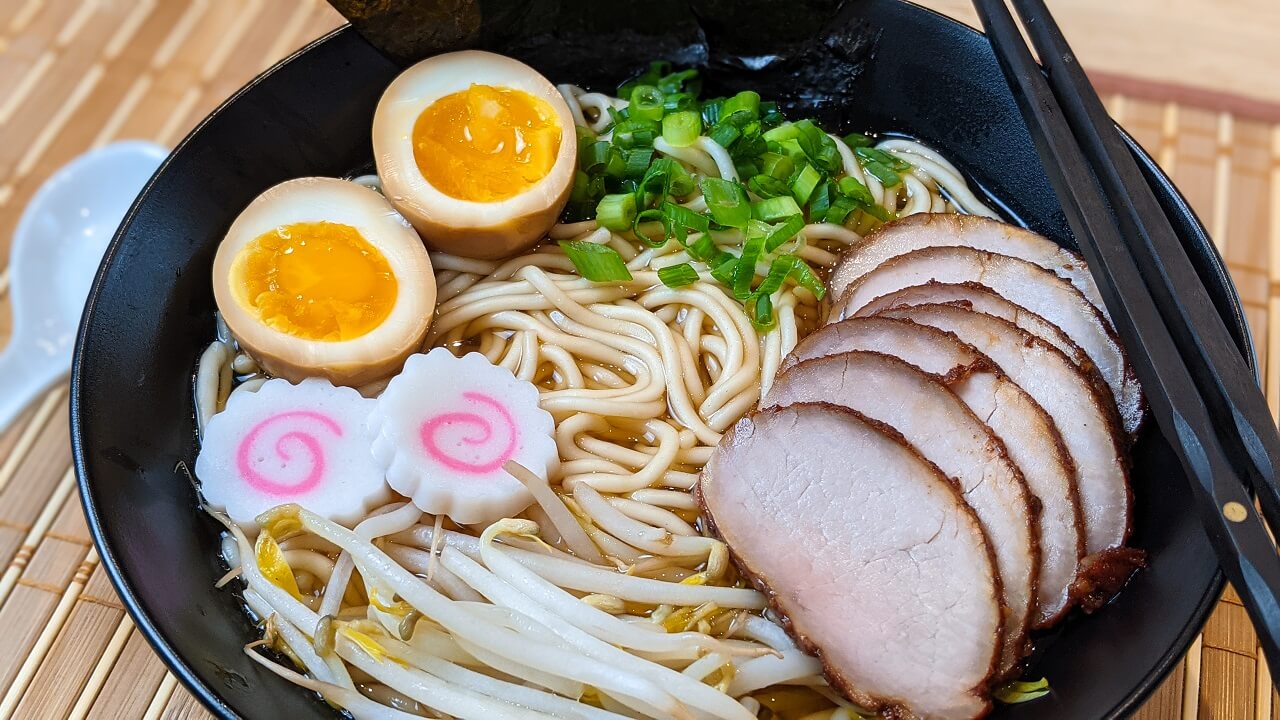 Shoyu ramen has a clear brown broth, thanks to its main ingredient, shoyu, which means soy sauce in Japanese. The soy sauce used is no ordinary soy sauce either, for these shops often use special soy sauce of the highest quality available to ensure optimum taste. However, shoyu isn’t the only ingredient in the appetising soup. It is usually infused with a meat broth – typically chicken, vegetables and water.

The broth is light yet tasty with a soy sauce aroma. Japanese Soba Noodles Tsuta, a ramen joint specialising in shoyu ramen, was the first ramen shop to be awarded a prestigious Michelin star in 2015. Tsuta’s rendition of this dish uses Shoyu from Wakayama, specially brewed for Tsuta, and adds aromatic truffle oil, bringing the dish to a whole other level.

A Beginner’s Guide To Eating Sushi 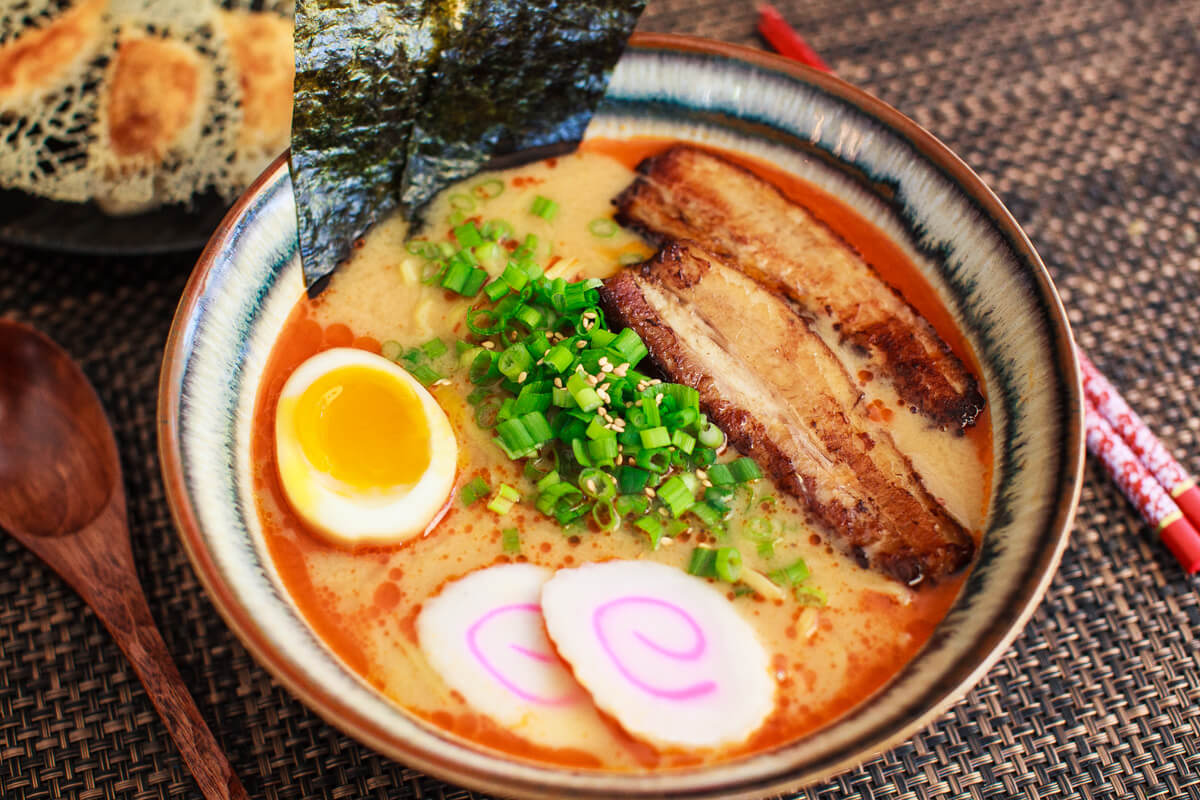 Unlike shoyu and shio ramen, miso ramen is thicker. The addition of miso, fermented Japanese soy paste to a meat or vegetable broth thickens the soup and gives the broth a characteristic tangy, savoury flavour. The soup is grainy, creamy and full-bodied, making an enjoyable, filling meal. Ramen Hayato, a Michelin Bib Gourmand restaurant in Osaka, whips up a delectable miso ramen with a flavourful miso broth made from chicken, black pork and mackerel. 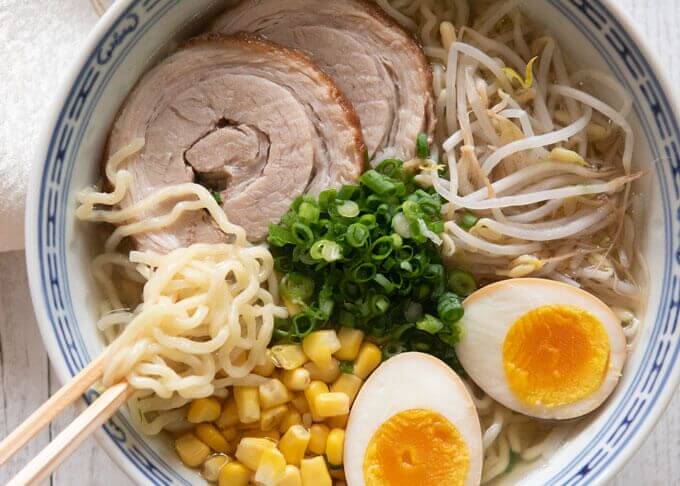 Shio ramen is a refreshing ramen dish that gets its flavour from salt, known as shio in Japanese. More often than not, it is combined with chicken broth, with dried kelp added to give the flavour more depth. But this dish has a surprise ingredient too – lemon or yuzu! The juice of the fruit, or sometimes even slices, are often added to give a citrusy tang to the ramen. Michelin Bib Gourmand awardee Menya Sign, a ramen shop in Tokyo, serves up a mouthwatering shio ramen, which they have been known to pair with sake. If this isn’t a sign for you to try shio ramen, we don’t know what is!

There are two main things that differentiate tokushima ramen from the other types – the egg and the pork. In this dish, a raw egg is added in lieu of ajitama, while the usual chashu slices have also been replaced with plump pork ribs. Broth-wise, the soup is a vibrant brown colour. Mix in the egg for an extraordinary creamy mouthfeel. Rice is sometimes served on the side too – to finish off this fulfilling meal, eat it in the broth to mop up every last bit of the delicious soup! 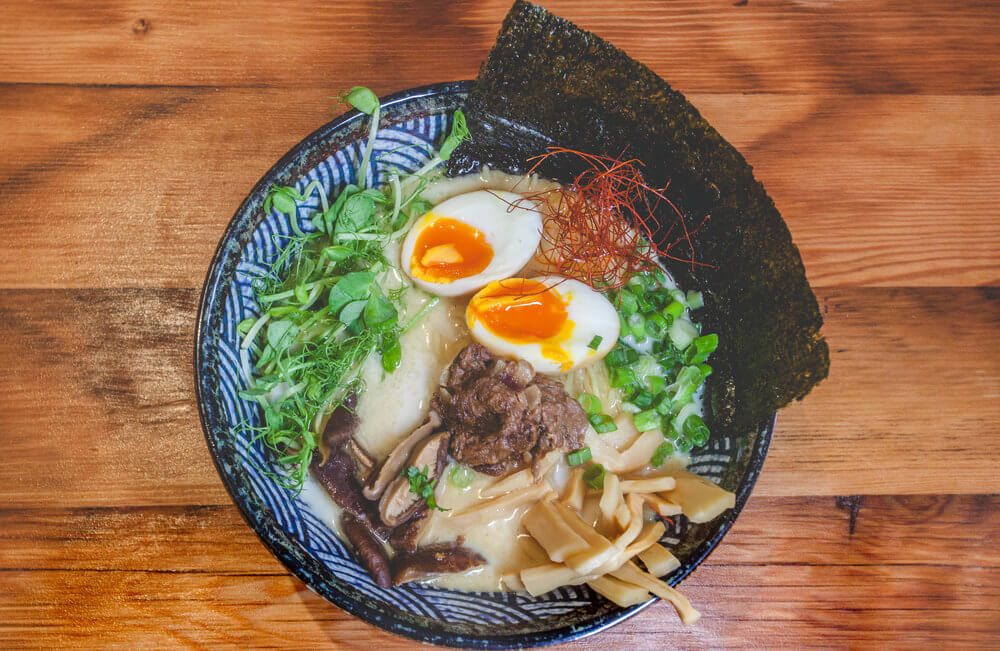 Though surprising, curry, or kare in Japanese, actually pairs well with ramen. The crimped ramen noodles hold the thick curry sauce well, so you’ll surely get a satisfying combination of curry and ramen with each bite. Kare ramen is a truly special dish, allowing you to experience sweet, savoury and salty all at once! This distinctive dish hails from Sanjo in Niigata, and is so popular that the city alone has more than 70 restaurants selling kare ramen. 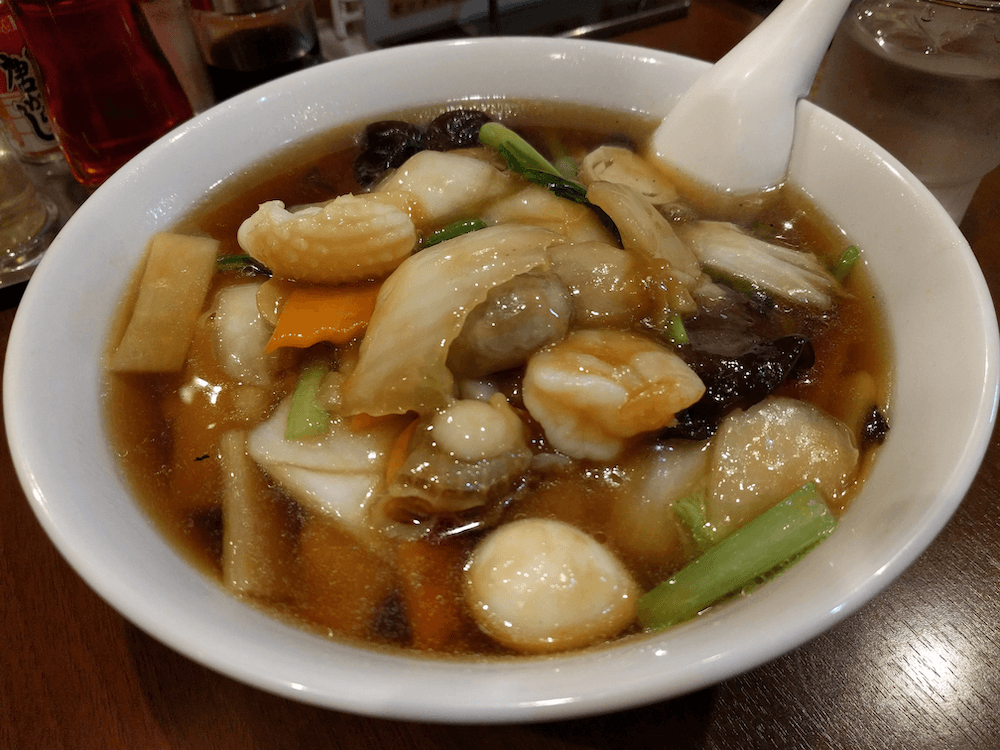 The broth in gomoku ramen is more like a gravy than a soup, owing to the thick starchy texture of the soup. This Chinese-inspired ramen dish is commonly found in Japanese-Chinese or Chinese restaurants in Japan. Gomoku generally means five pieces or types, but in this context, it just means that the dish incorporates a plethora of (sometimes more than five) ingredients. When looking at gomoku ramen, it’s easy to see why it has been named that way. Toppings added to this dish include eggs, carrot, mushroom, cabbage, bok choy, cloud ear fungus, meat and seafood. 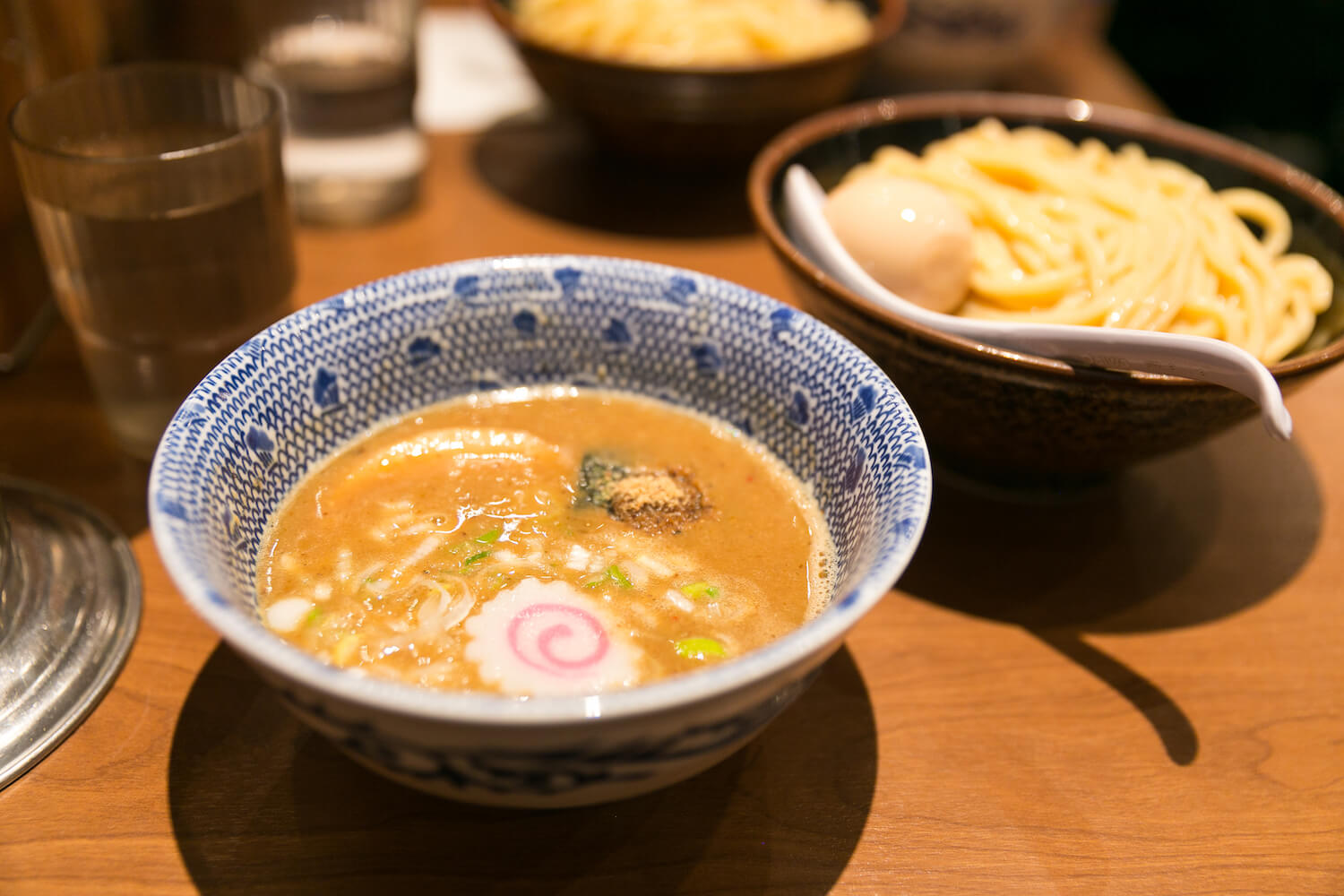 Tsukemen is an unconventional dipping ramen dish where the ramen and broth is served separately, and the ramen is dipped into the broth before being eaten. The noodles are normally served at room temperature, relying on the piping hot soup to warm the noodles up. Toppings, such as naruto, nori and ajitama, are sometimes served in a third bowl.

Tsukemen broth is unlike the typical ramen broths – with its usage as a dip, its flavours are made more concentrated and rich so that the noodles are coated with sufficient flavour when eaten. Love the broth so much that you’d like to drink it as a soup? Some restaurants add hot water to the broth after you’re done with the noodles so you can polish off the soup too! 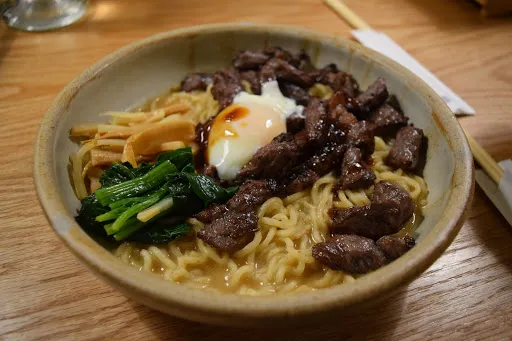 Unlike the various types of ramen introduced above, mazemen, also often called abu ramen, is a dry ramen that dispenses with the broth, instead focusing on the noodles and toppings. The term ‘maze’ means ‘to mix’, so the best way it is enjoyed is for the ingredients to be mixed thoroughly such that you get a bit of everything in every bite. Mazemen usually features a thick sauce, the star of the show, complemented by toppings such as chashu, nori and egg. There are various types of mazemen sauces, ranging from bonito to duck.

10 Things You Should Never Do When Eating Sushi 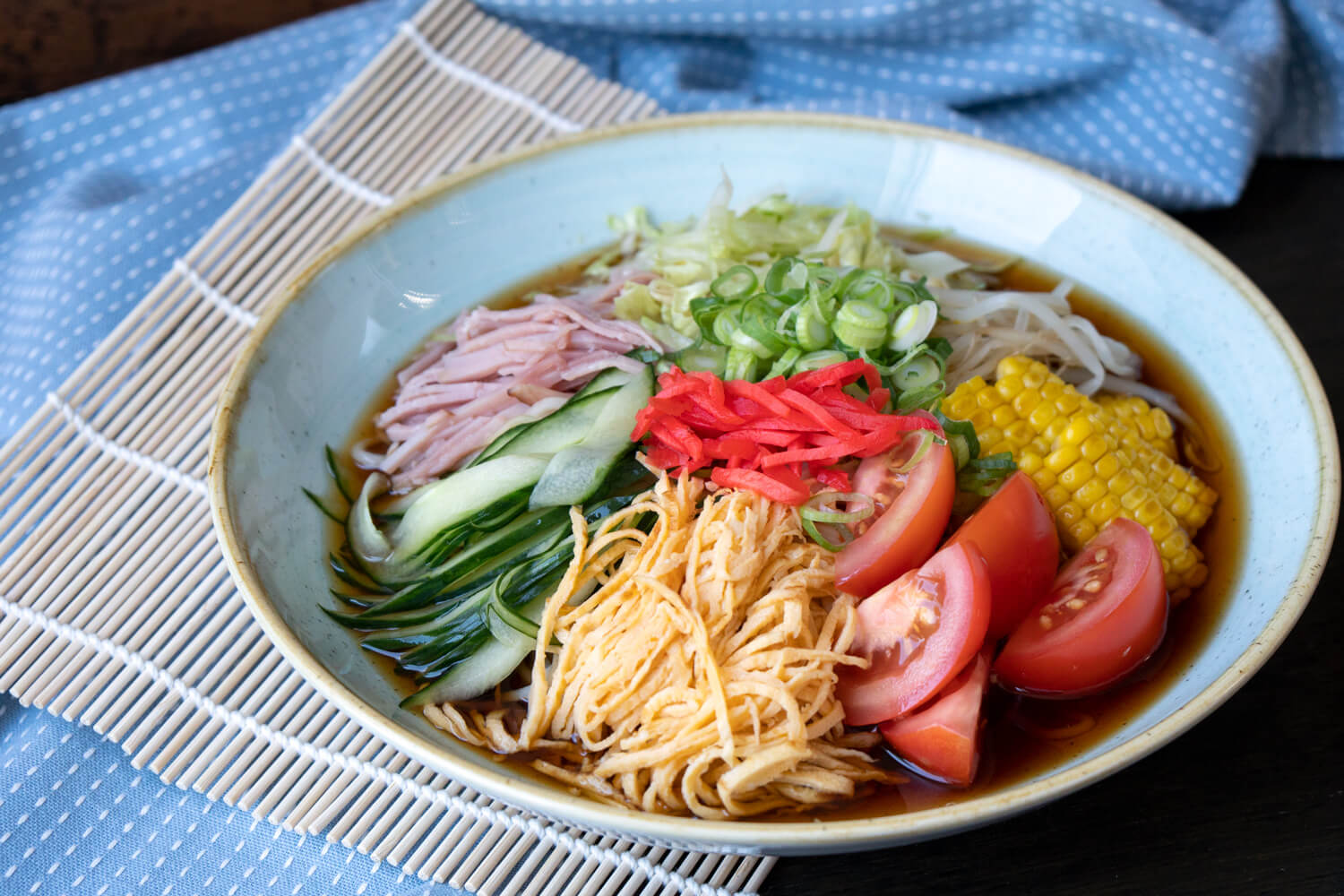 Perfect for a sweltering summer day, hiyashi ramen is a chilled ramen dish that ditches the broth in favour of sauce instead. Go for the soy and vinegar sauce for a refreshing, tart flavour or get the sesame mayonnaise sauce for a buttery flavour. The toppings on this dish, such as ham, nori, tamagoyaki, cucumber and tomatoes, are all sliced thinly so that they can be mixed well with the noodles.

Now that you’re proficient in ramen jargon, impress your friends with your knowledge the next time you contemplate what type of ramen to eat. And when eating, remember to slurp your ramen noodles too – the louder, the better!

Natalie is a matcha enthusiast who is on a mission to find the best matcha treats around the world. Aside from that, she loves all things Japan, whether it's purikura or Japanese cosmetics.

Nikko Travel Guide – All You Need To Know Before Your Trip