10 Things You Should Never Do When Eating Sushi

Enhance your experience of eating sushi.

by James
in Japanese Culture, Japanese Food
Reading Time: 7 mins read
A A
0
Share on FacebookShare on Twitter

10 Things You Should Never Do When Eating Sushi – If you have never been to a sushi restaurant before and this is your first time, there are a few things you need to know. The Japanese are very particular about their food, traditions, and culture, and sushi is no exception. It considered as a form of food art and the sushi chefs are highly revered for their exquisite skills. There are certain things you should never do when eating sushi to ensure that you don’t hurt the sentiments of the host, chef, and fellow eaters.

Please remember that no one’s going to throw you out of a restaurant or arrest you for not following these norms, so don’t get intimidated. These things are just to enhance your experience of eating sushi without offending anyone’s cultural values.

Wasabi and soy sauce are two different condiments, and you should never mix them together. This is a common mistake many westerners commit and end up creating a hideous green mixture that spoils the delicate flavors of shoyu. The chef already puts the right amount of wasabi to sushi while putting it together so you don’t need to add any more. Even if you use a small dollop of wasabi, it can make your dish too spicy and hot to handle. So, spare your tastebuds and do yourself a favor by not mixing wasabi and soy sauce together.

Don’t Dip The Rice Part Of Nigiri Into Soy Sauce

Nigiri is believed to be one of the oldest and most authentic forms of sushi that is carefully prepared by the chef who spends years practicing the art. It comprises of a bed of rice with precisely cut neta (fish) on the top. The ingredients are blended together with the warmth of the chef’s hands to create a beautiful form.

If you dip the rice part into soy sauce, it will absorb more sauce than needed and fall apart. It is a pity to lose all that delicious rice into the abyss of sauce. Some sushi traditionalists believe it is disrespectful to the chef who spends so much effort at creating that perfect form for you. To do this correctly, turn the nigiri upside down and slightly dip the fish part in soy sauce.

This is somewhat similar to the point mentioned above. Just like you should not dip the rice part because it spoils the form, you should also not bite nigiri sushi. In Japanese tradition, it is considered rude to bite and spoil the perfect form of nigiri so painstakingly created by the chef. The right way of eating nigiri is to pop the entire piece into your mouth. If the nigiri is too big to be eaten at once, take a maximum of two bites not more than that.

Never Put Chopsticks Sticking Out Of The Bowl

When you visit a sushi restaurant, you will be given a pair of chopsticks along with your meal, regardless of whether or not you know how to eat with chopsticks. If have no idea how to use chopsticks, it’s perfectly acceptable to eat with your hands. Just make sure you don’t put the chopsticks sticking out of the bowl because it resembles a Japanese tradition in funerals where chopsticks are kept vertically over a bowl of rice. Hence, it is considered as a sign of sorrow or bad luck. Most of the high-end sushi restaurants will have a separate stand to rest the chopsticks but if you don’t find that, just fold them back in the paper wrapper.

As a sushi beginner, it’s understandable that you may be confused about the different things you are served with nigiri or rolls. Besides wasabi and soy sauce, you will also find pink stuff at the side of your plate. This is pickled ginger made by pickling young ginger roots in a brine solution. It is there for a specific purpose and you should never eat it along with sushi. Pickled ginger (gari in Japanese) works as a palate cleanser and it should be chewed after you eat a sushi roll or nigiri. It works by removing the taste of the previous fish so that your tastebuds are ready to enjoy the delicate flavors of the next fish.

Brown Rice Is A No-No

Sushi is essentially made from short-grain Japanese rice for its unique flavor and sticky texture that helps in holding the sushi roll and other forms of sushi together. Although some health freaks have been promoting brown rice as a healthier substitute, it is a complete no-no if you want to enjoy the authentic taste of sushi.

Brown rice has a tougher texture and it feels chewier than the short-grained rice used in sushi. If you don’t want to eat rice, it’s better to go somewhere else but please don’t go to a sushi restaurant and ask the chef to give you brown rice or riceless sushi. 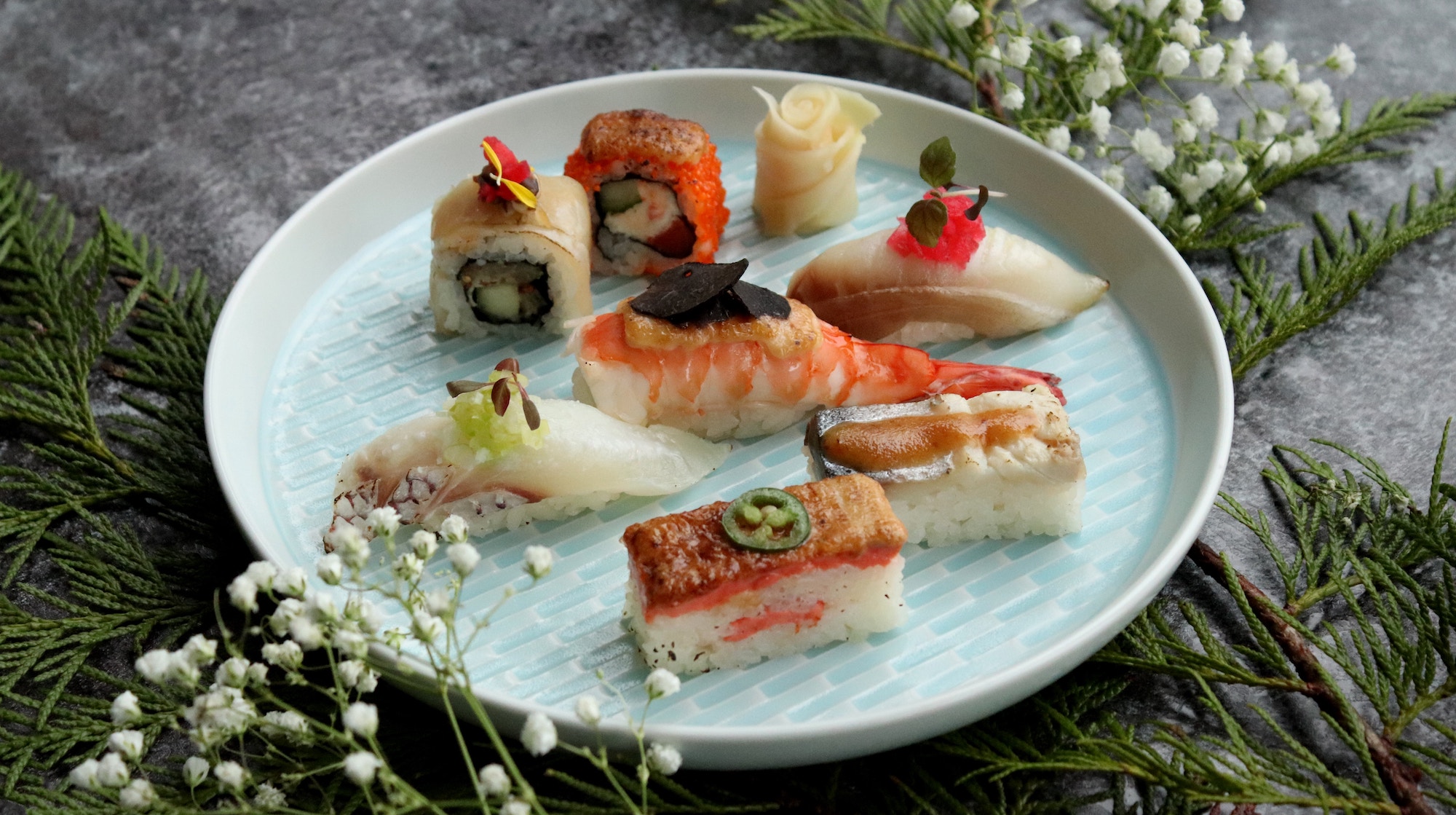 You will be surprised to see that some of the sushi options in the menu contain more than 10 ingredients and I bet they are very heavy on the stomach. If you are visiting a sushi restaurant for the first time, don’t order the heavy rolls at first or else you will be too full to try anything else. Start with lighter rolls such as vegetable rolls or the ones containing white fish. The red fish should follow the whites and save the tempuras and other fried options for the last.

Not everyone knows how to eat with chopsticks and there’s no need to feel ashamed because of that. If you choose to eat sushi with your hands, no one will think less of you. However, be careful to not play with the chopsticks. There are certain things that are considered rude, and you may not want to hurt someone’s sentiments unknowingly. For example, rubbing chopsticks to remove splinters is against sushi etiquettes because that implies they are made of low-quality wood, hence offending to the owner.

Talking Loudly On Your Mobile Phone 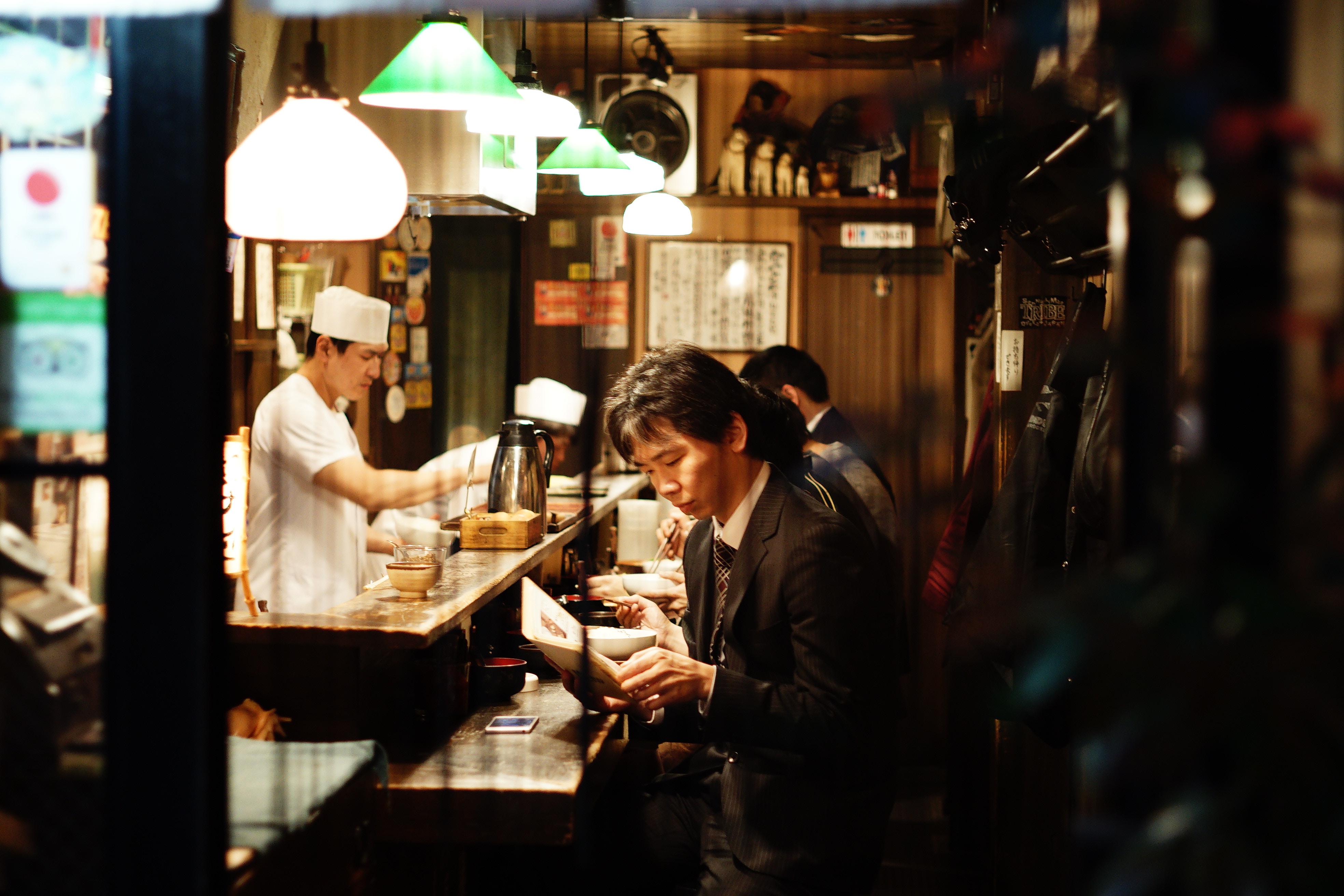 If you are seated at the sushi bar, there will be many other guests having their meal beside you. It’s one of a kind experience to watch the master chef in action, converse with him and enjoy the fresh food served to you. Please bear in mind that everyone is there for that experience so respect it and show some decency. Avoid talking loudly on the phone as you may disturb others trying to hold a conversation with the chef. You should also seek permission from the chef before taking his pictures. If you want to take pictures of the food, do so quietly without disturbing the fellow eaters.

Don’t Leave Food On Your Plate

A lot of effort, skill, and patience goes into creating such beautiful sushi rolls, nigiri, and other forms of sushi. It is a pity to waste such lovely creations. Try to finish whatever is on your plate and avoid forming a pool of rice in your soy sauce bowl. If you are a beginner, order less food and consume it all before ordering next. It’s always wiser to order as much as you can eat than leaving food on your plate, which is against sushi etiquettes.

7 Signs Of A Good Sushi Restaurant

If you are visiting a sushi restaurant for the first time, always take someone who knows more about sushi or at least seek recommendations from them. For those who don’t have a friend who is a sushi enthusiast, we can help you. Here are a few signs that can tell you whether a sushi restaurant is good or bad. 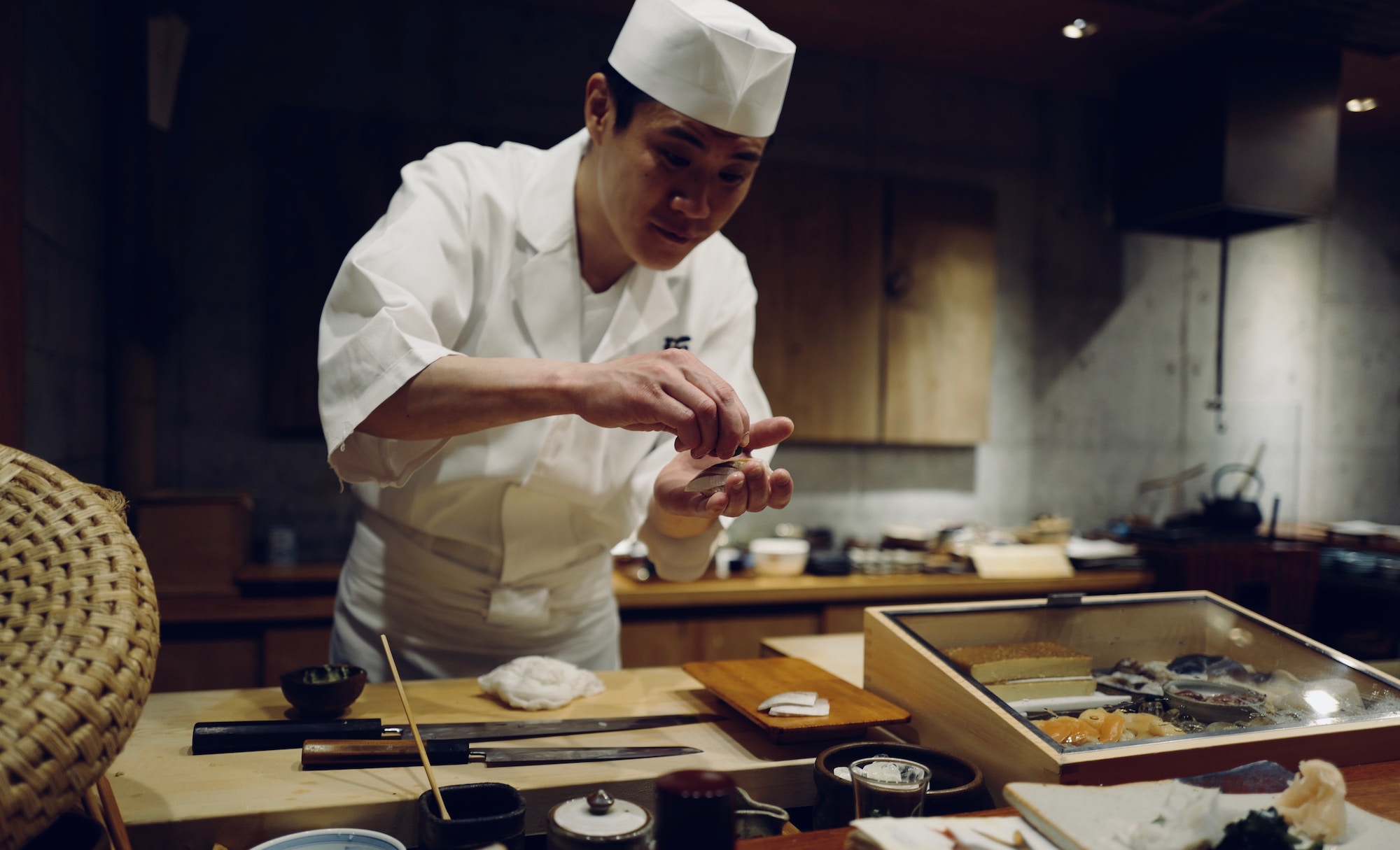 Eating sushi is an experience in itself and the rules are just to help you make the most of it without offending anyone unintentionally. Being aware of the dos and don’ts also ensure that you identify the items served on the plate and know the right way of eating them.

James is a sushi enthusiast and owner of sushi blog names easyhomemadesushi.com. He has been to Japan several times and loves Japanese food and culture. He is also a passionate writer and likes to share his experiences and knowledge through his blog.