by Josh Furr
in Japanese Food
Reading Time: 5 mins read
A A
0
Share on FacebookShare on Twitter

One of the best ways to discover Japan is not only by traversing through its beautiful scenery, but by chowing down in its prefectural kitchens. Today our noses take us to Niigata, located in the north central part of Honshu, where the Japanese alps and Sea of Japan provide an abundance of clean water, fresh ingredients and a unique set of hearty offerings for visitors.

While not an exhaustive list, these options should give you a taste of what’s in store for you in Niigata’s dining halls and homes.

You may ask yourself, “Rice? Is that it?” True, to feature such an ubiquitous grain may seem redundant given the fact that rice is a standard in the majority of meals in Japan, but upon closer inspection, there’s more to this particular strain than meets the eye. 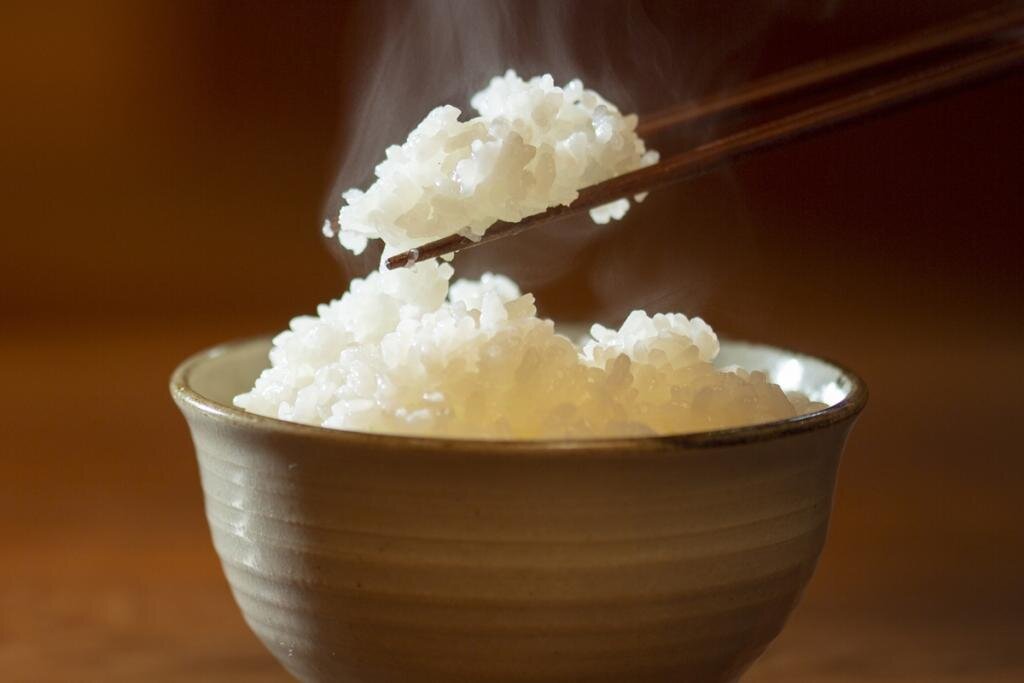 The snows of Niigata are infamous around the nation. In fact, it’s known nationally—and colloquially— as the “Snow Country”, and for good reason. During the colder months (which last from late November until around April), annual snowfall can reach up to 140 centimeters (55 inches). While unbearable to some, it is actually ideal farmland for some of the best tasting rice in Japan.

Koshihikari rice is the delicious byproduct of tireless trial-and-effort agricultural research that dates back to World War 2 and is considered to be the best rice domestically and ranks in top tiers internationally. Its plump texture, pearl-like appearance and slightly smokey/nutty flavor make it a singular dish that can be enjoyed all by itself.

As its presence is basically omnipresent in Niigata, all you need to do is ask your waiter or waitress for a hot streaming bowl.

The Best Places to Visit in Japan During Winter

Everyone has their favorite comfortable home foods, or “B-class gourmet”. To those in Niigata, it takes on the form of a derivative dish called “Italian Yakisoba”. 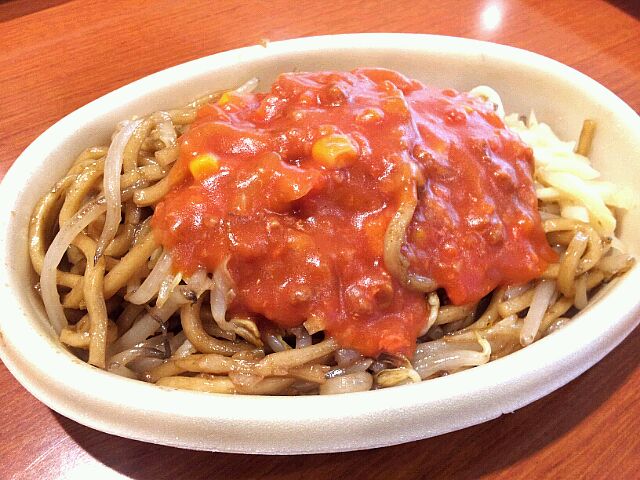 Born in Shōwa era, the story goes that the manager of a local Niigata eatery called Mikazuki encountered Yakisoba being served with sauce at a cafe in Tokyo. He quickly got back to his kitchen and began experimenting with various methods of serving up his own Yakisoba. The end result is nothing short of the soul food of Niigata itself.

The dish consists of chewy home cooked Yakisoba noodles stir fried with bean sprouts and cabbage, then slathered in a salty-sweet Bolognese sauce and finally sprinkled with grated cheese. It’s nothing fancy, and yet, it has the ability to satisfy more than a 4-course kaiseki meal.

There are currently 26 Mikazuki stores around Niigata that would be happy to serve up a plate of tasty Italian..

If you’re in the mood for something salty to go along with your drink or meal, look no further than Niigata’s own trademarked side, Suru Ten. As the history books show, tempura, while now a standard dish in Japan, was borrowed from the Portuguese, but this particular style belongs entirely to Niigata. Suru Ten was enjoyed long ago in Jōetsu, Niigata and since 2001 has become a popular Class B Gourmet dish and designated cultural food. 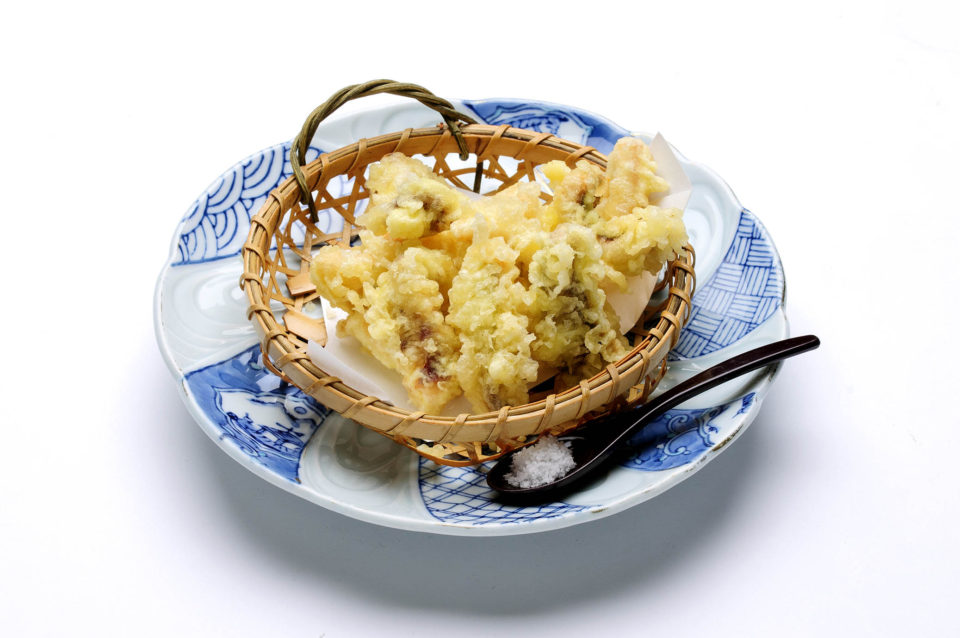 The name is a combination of “する” (to do) and “天” (heaven), which gives the impression of a truly holy meal! It could be borrowed from the actual name of dried squid and cuttlefish, surume, which is prepared by a heating machine or the elements, but in する天’s case, the salty breeze from the Sea of Japan is a key factor. To achieve its unique taste, raw squid are left to dry out overnight in the sun for 15-20 hours. In contrast to other squid tempura, Suru Ten doesn’t require soy sauce or seasonings as the flavor will already contain natural salts and juices.

Commuters can now pick it up at Noetsu station between trains and shoppers can find it in local supermarkets around Jōetsu for a low price. Wherever the location occasion, Suru Ten has become a salty staple in Jōetsu and surely takes its devout followers to heaven with each bite.

Sushi never looks so aesthetically pleasing—or delicious—as when it’s placed on a kumazasa (bamboo) leaf. Sasazushi is a traditional Jōetsu region meal that requires skill and is said to be as old as the Sengoku period, when Uesugi Kenshin and his troops would use sasa leaves as plates during wartime while marching through the mountains toward Kawanakajima. 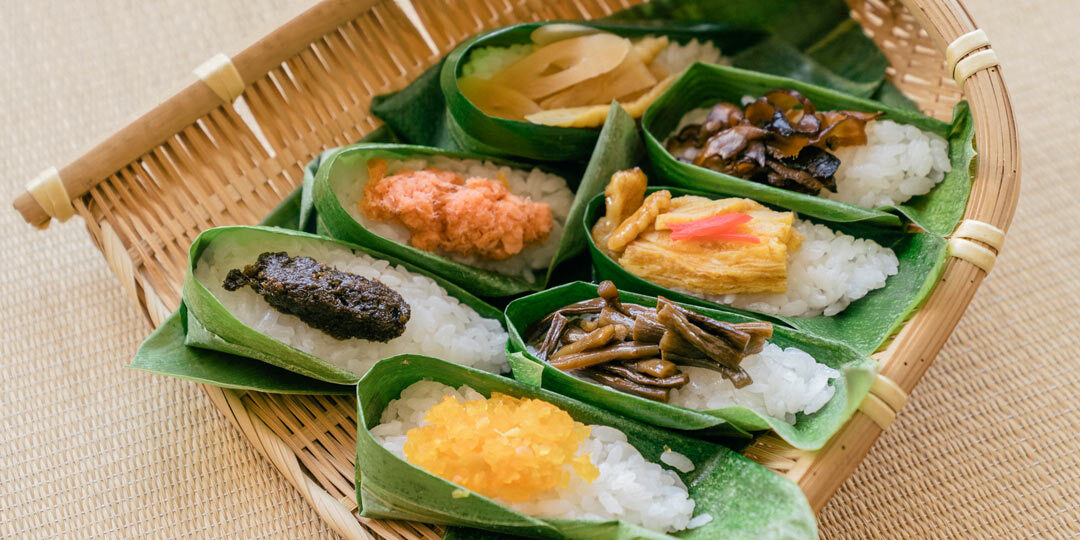 The various sushi ingredients such as tofu, carrots, hijiki, miso-marinated daikon, egg, lotus, ginger, mushrooms and mackerel) are prepared separately and then neatly-arranged on top of a two-bite serving of sushi rice residing within the confines of an open or folded leaf. The type of ingredients may vary according to the whims of the chef or the consumer, but the majority of Sasazushi contain 3 constants: fish, vegetable and pickled ginger.

Not only is it delicious, but the sasa leaf’s folding technique and presentation is a true testament to the beauty and talent found in Jōetsu’s kitchens. In regards to the kumazasa itself, the leaves are packed with antiseptics, vitamins and food-preservation qualities throughout the seasons, which is why they remain an ideal addition to many of Joetsu’s culinary treasures and a testament to their use throughout history.

It is  currently sold at sushi shops, farmers’ markets, and supermarkets. As no technique is necessary, simply scoop it up with your hands and enjoy.

You may have seen this rectangular box full of carefully folded noodles before, and if not, now’s the time to discover it. 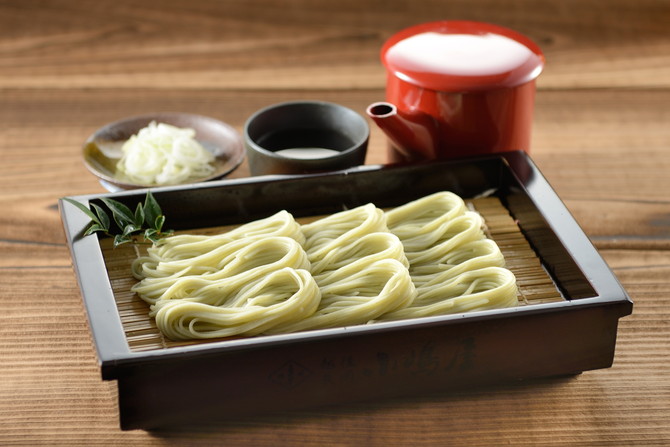 Hegi Soba consists of carefully hand-rolled and chilled buckwheat soba noodles placed delicately in a wooden box called a “hegi”, which comes from the Japanese for “stripped”, referring to the container made from a stripped board. The noodles are wrapped tightly with special seaweed known as funori, which was originally used as a binding agent to stretch threads of textiles.

This exclusively tasty meal can be found in the city of Tokamachi, which is located in the rice-producing area of Uonuma. Order up a box and see for yourself.

This array of culinary gems barely scratches the surface of Niigata’s bounty, but hopefully will serve as a jumping off point for your taste buds. Don’t be afraid to ask for seconds!

Joshua first came to Japan with his family over 10 years ago and it completely ruined his life (in the best of ways). When he’s not trying to pass the JLPT, he’s researching Japanese history, enjoying 80s J-Pop and dreaming of 牛丼. He’s currently writing, writing, writing…mostly about Japan and video games.

TokyoTreat review | A taste of Japan wherever you are