by Hana Otsuka
in Japanese Culture, Living In Japan
Reading Time: 7 mins read
A A
0
Share on FacebookShare on TwitterPin this articleShare on LINE

Are you a foreigner living in Japan, or perhaps have friends who are? Chances are, they’ve been asked questions by the locals that can sometimes be ridiculously hilarious. Let’s take a look at the most common ones.

My husband is Italian, so he really stands out when we’re taking a stroll in our hometown in Saitama. It might not be so bad in Tokyo, but in a community where there aren’t many Europeans around, the Japanese in our area often ask him questions that have become so repetitive we can predict when and how they will be asked.

Here are the top ten questions he’s been asked, in no particular order. It turns out foreigners, in general, are almost always asked the same ones, too. 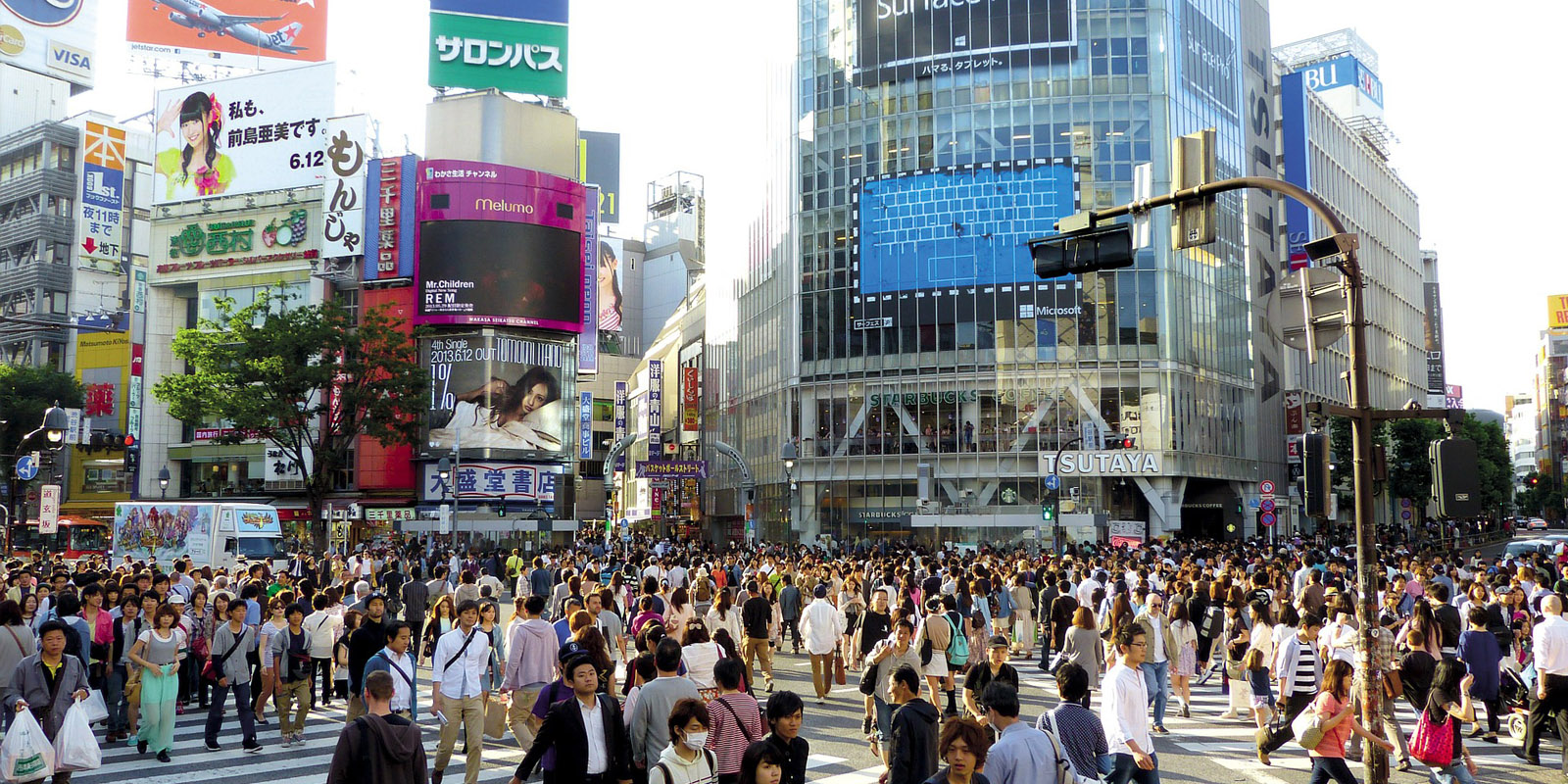 It doesn’t matter what country you’re in. When you look like a tourist or foreigner, it’s natural behavior to be asked where you hail from. If you’re Caucasian-looking in Japan, though, you often get bundled up in the American region because they can’t really tell Caucasian or European from American. I guess my husband got lucky because Italy is a popular country here, with Japan’s love for their cuisine, so they often go, “ah! Itaria.” Who knows what their reaction would be if he said something like Czechoslovakia?

There’s nothing to be offended about when you hear “Okuni wa dochira desu ka? (お国にはどちらですか) (where did you come from?)” because they’re really keen on knowing your origin. It also makes for a great conversation starter. The Japanese would often tell my husband that they’ve visited Rome or Milan in the past and loved it or would share that they dream of going to Italy.

What follows next is being asked when you arrived in Japan. Especially now, amid the coronavirus pandemic, there’s a hint of caution when people ask this question. Since we’ve been in the country pre-pandemic period, it’s no problem. However, you often catch that fleeting look of concern when it’s some time recently. It’s not a big deal, though, and locals are assured that proper safety measures have been followed. 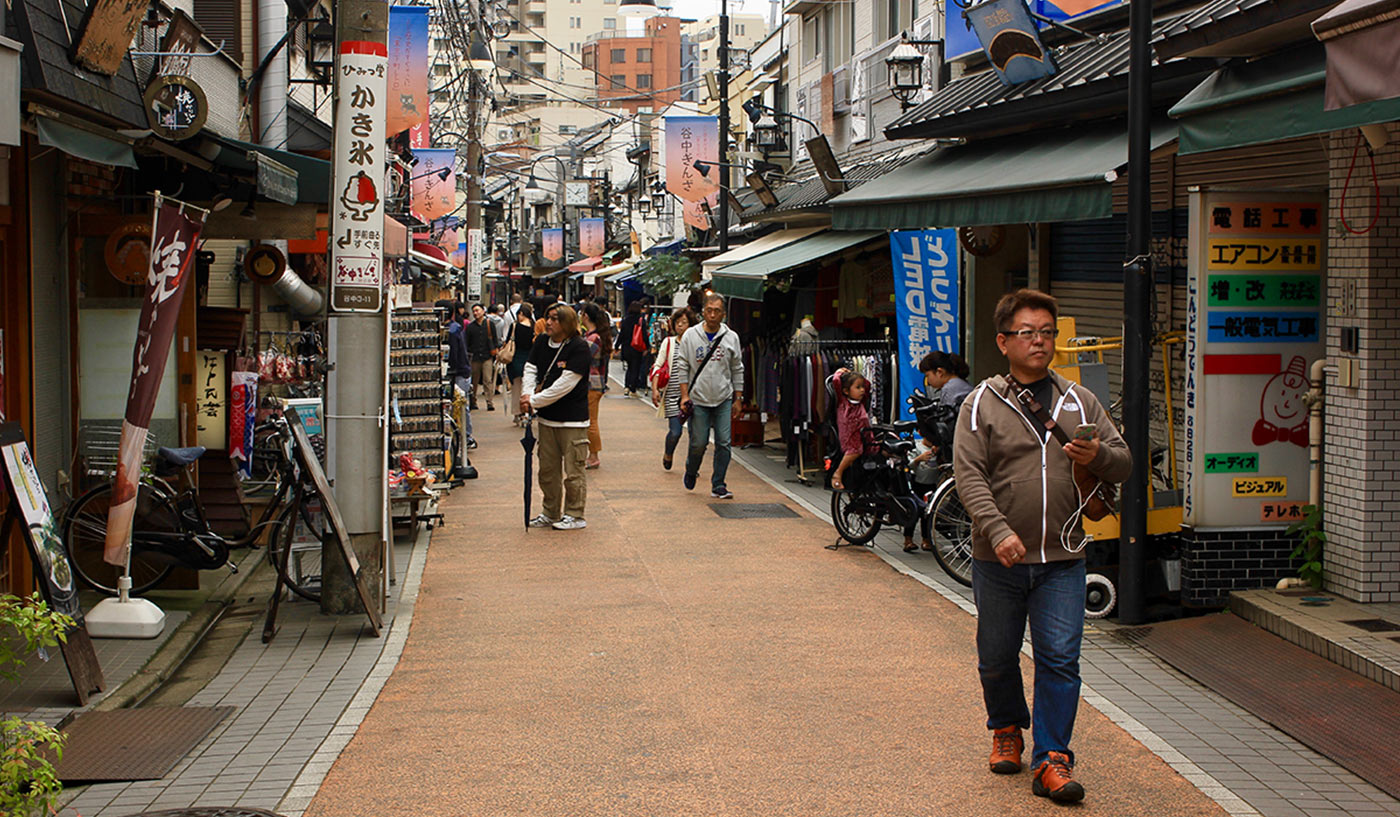 “Anata wa itsu Nihon ni kimashitaka? (あなたはいつ日本に来ましたか) (when did you come to Japan?)” is often linked to the first question depending on Japanese proficiency. For example, if you answered well in the first question, this one would be asked differently and transform into “Dorekurai no aida kokoni sundeimasuka? (どれくらいの間ここに住んでいますか) (how long have you lived or stayed in Japan?)” which basically means the same thing but on an advanced level. If you reply less than two years to the second version of the question, prepare for awe and praise, maybe a short applause, because learning a language is never easy. 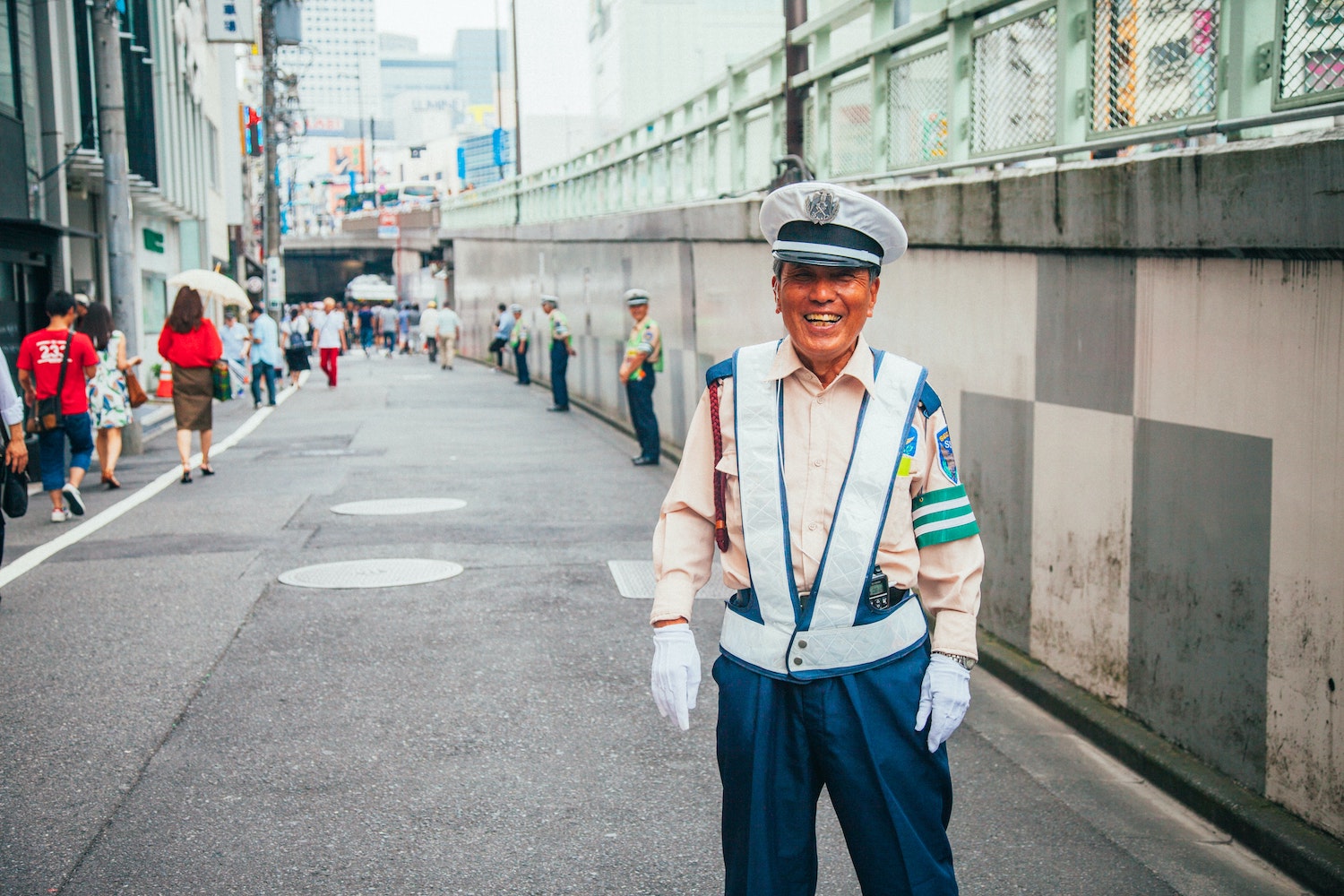 Foreigners who pass the second question with praise will be asked how long they’ve studied the language. They’ve gauged that your Japanese proficiency goes beyond “daijoubu,” so they’re intrigued as to how long you’ve spent to reach that level. This is another example of a question that isn’t meant to be offensive and is a great way to keep the conversation going. They might also touch on your learning methods, whether through a Japanese school, college, or self-study.

Being the curious creatures that they are, you can also expect to be asked how Japan is. Locals often wonder how their country presents itself to foreigners in terms of culture, the weather, people, food, or any other aspect. They want to know how much different the country is from others, especially if they haven’t traveled abroad. They’re also curious if you’re settling down well so far, so they might add “suki desu ka?” ( 好きですか) to ask if you like living in the country. 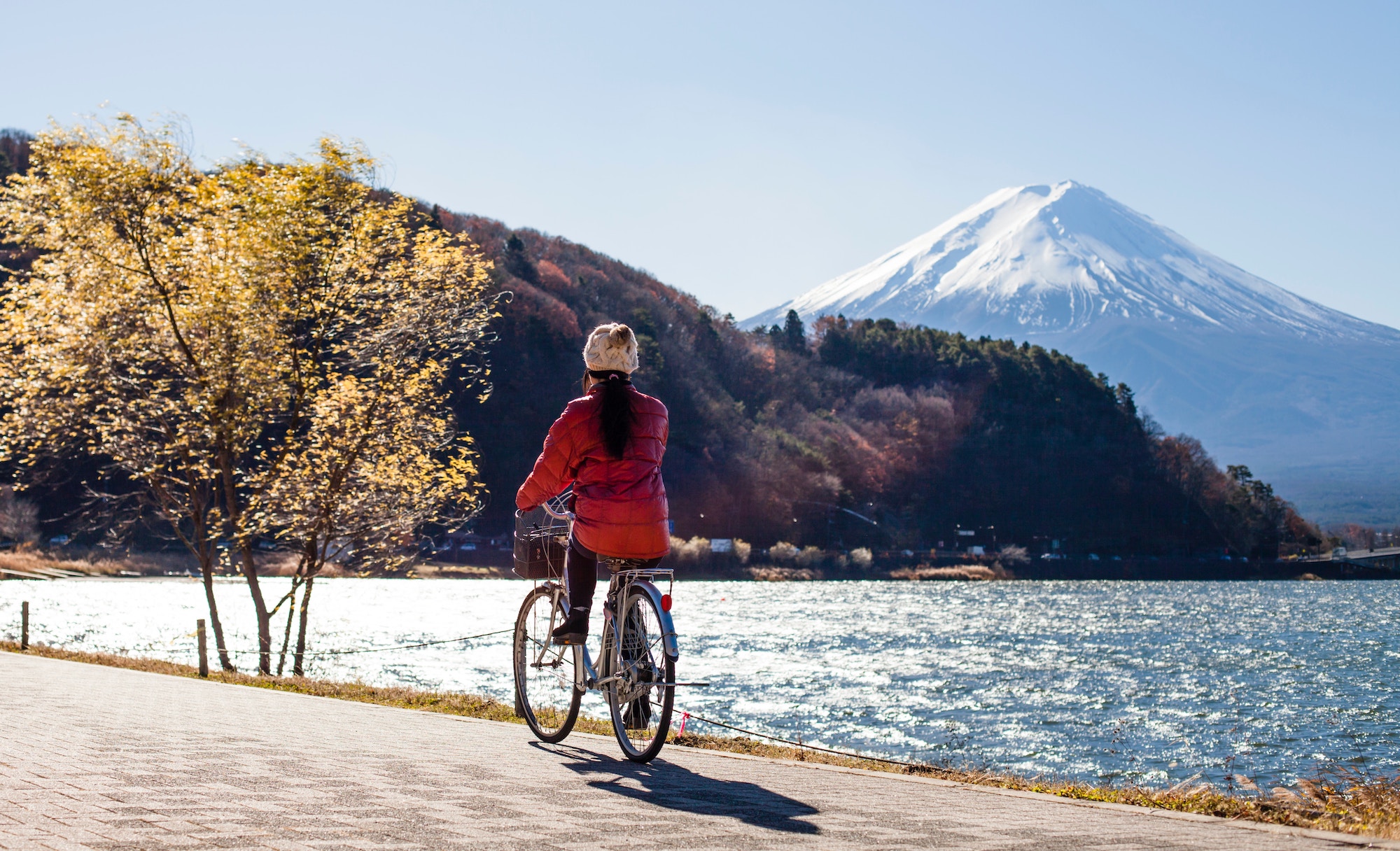 You can respond by sharing glimpses into your experiences, such as your work being challenging, the numerous fun places to visit, or even the sardine-like state of the Yamanote line during rush hour. To them, it might be an everyday norm but hearing it from another person gives them a fresh look into some of the aspects they might not have noticed. 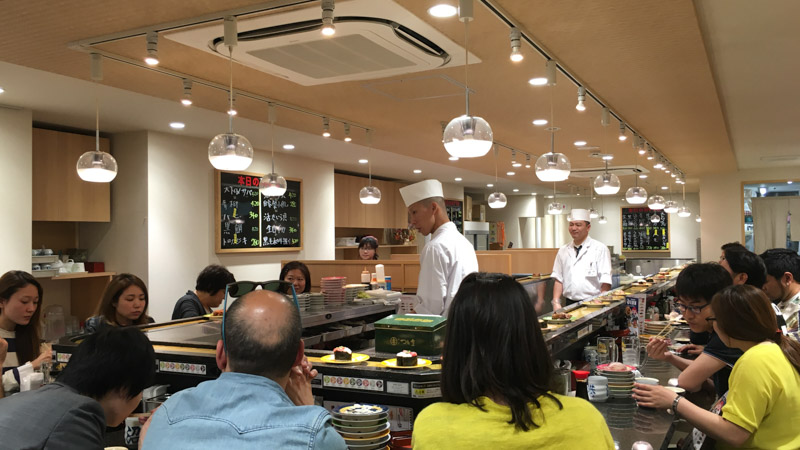 “Sukina nipponshoku wa nandesuka” (好きな日本食は何ですか) or what is your favorite Japanese food is another frequently asked question from a country that prides itself on its cuisine. You can be completely honest here and just give them random food items you enjoy like sushi, ramen, the list goes on. They might even ask if you’ve tried a particular restaurant chain or give you tips on where to get the best affordable sushi after finding out your favorite food.

Jumping on a different wavelength, foreigners are also asked if they are married. It might stem from curiosity about your social standing, if you migrated to a new country alone or simply a conversation filler. They might also be interested in learning if your partner is Japanese and might probe further as to how, when, and where you two met. Of course, if the person asking you is about the same age and you are unmarried, this question can have a different meaning altogether and symbolize romantic interest.

From the concept of raw fish on sushi to fermented soybeans called natto, you will be asked if you can eat Japanese delicacies that often need an acquired taste. If you say yes to natto, you will most probably get an applause or awe because this food item is really not palatable on the tongue. Other dishes included in the list of “chinmi” or unusual Japanese delicacies needing an acquired taste can be basashi (raw horse meat), shirako (seminal fluid of fish), or fugu (poisonous pufferfish).

Using two sticks to pick up food professionally is another technique mastered by Asians but not so much in countries that use spoons and forks primarily. With Japanese children starting to learn to use chopsticks from a very young age using trainers, it’s often understood that picking up a large ebi tempura or a grain of rice takes skill. The question is usually closed-ended, although you can ask why they’re asking you, and they might share how it could be a challenging feat.

Plans to go back home

Lastly, it’s normal to be asked when you will be going back home. Now, it’s not as if they’re asking you to scoot back to your country, but it’s more of a genuine curiosity if you’re homesick. Plus, locals are more used to meeting exchange students or Japanese language teachers. So if you’re like my husband, who replies that Japan is home permanently, they’re wondering if you miss your home country. 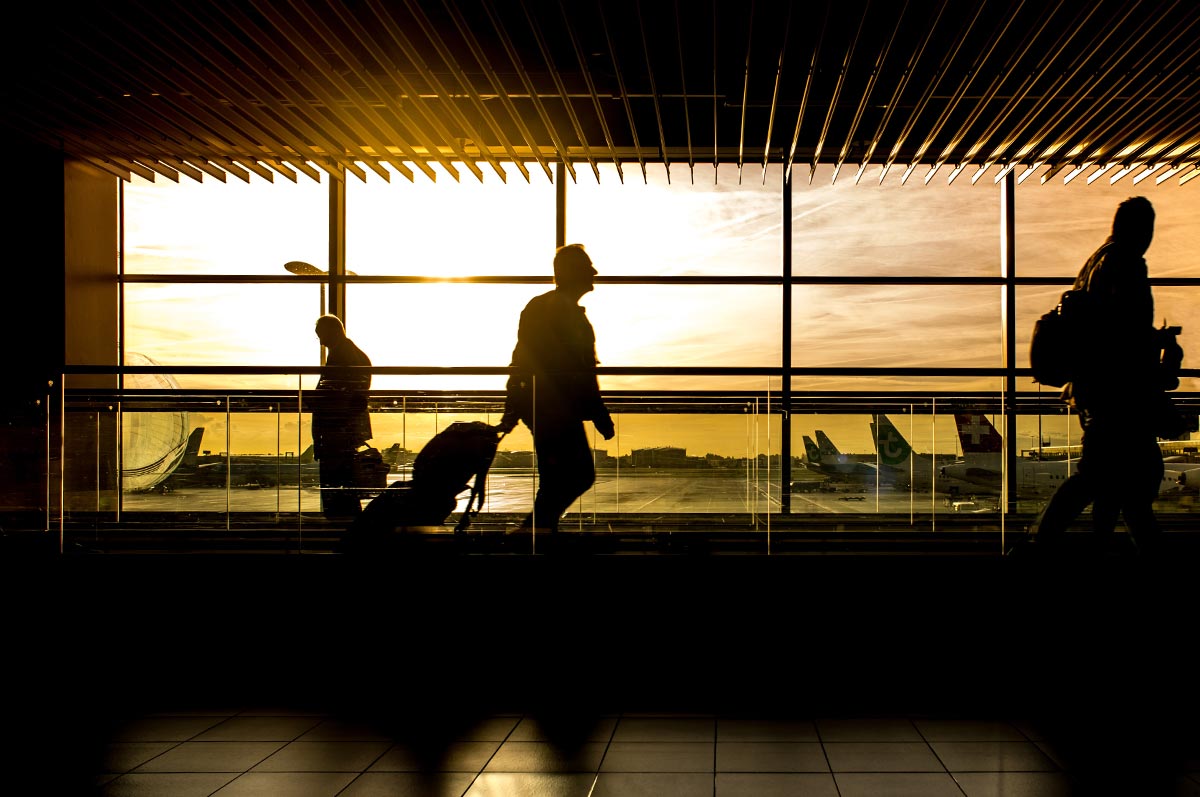 By knowing these questions in advance, you won’t be caught off-guard and informed that no offense should be taken by some of the things you’re asked. At the end of the day, it’s really all about making connections and having a meaningful conversation between people of different backgrounds.

JR Pass Japan – The Ultimate Guide You Need To Read

10 Things To Do in Odaiba