Chopsticks or Ohashi (お箸), as they’re known in Japan, are an integral part of Japanese culture. Using them well will win you friends, whilst using them wrong can even offend people.

by YourJapan Blog
in Japanese Culture, Japanese Food
Reading Time: 7 mins read
A A
0
Share on FacebookShare on TwitterPin this articleShare on LINE

Chopsticks have been used in East Asia for over 2000 years and came to Japan around 500 A.D. from China. They are the most used eating utensils and you can find them virtually anywhere from convenient stores to high-class restaurants to the homes of almost everyone. Children learn how to eat with chopsticks from a young age. And because the Japanese diet consists of mainly fish, Japanese chopsticks are tapered at the tip allowing for easy picking.

It should come as no surprise that you obviously should know how to hold and use chopsticks. Take some time to practice holding the chopsticks in the correct way, not in the middle but leaving about 2/3 from the tip. This way you will have far more control over the food you pick up. First try picking up various bite-sized objects to practice, after that try to pick up round object and finally a grain of rice. For a real challenge try to pick up soft tofu without breaking it. Practice makes perfect so don’t be afraid when you drop something. 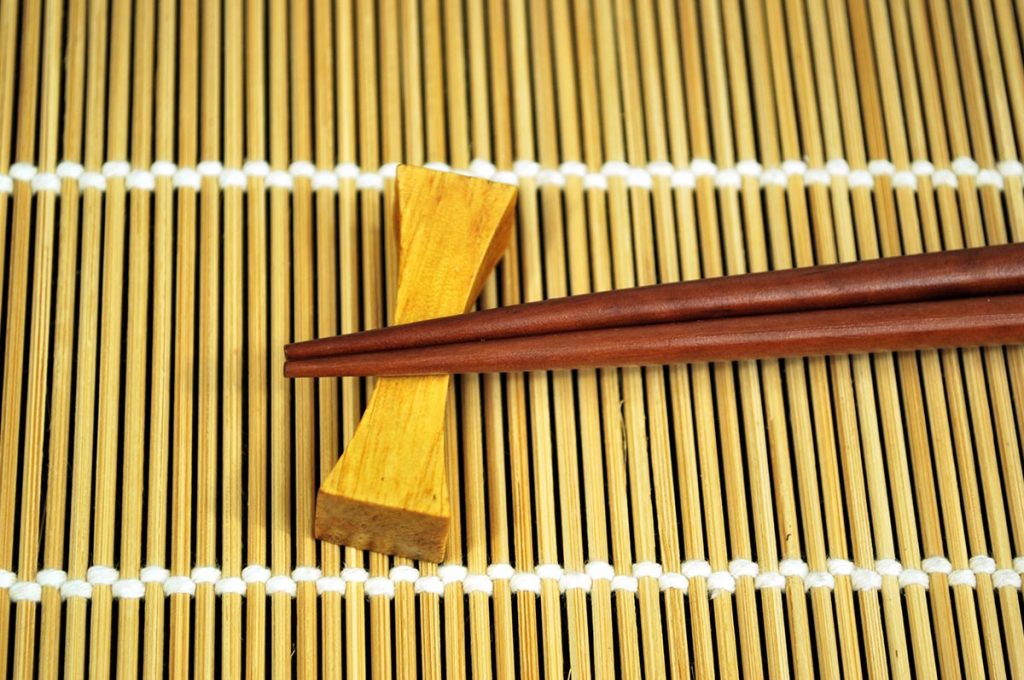 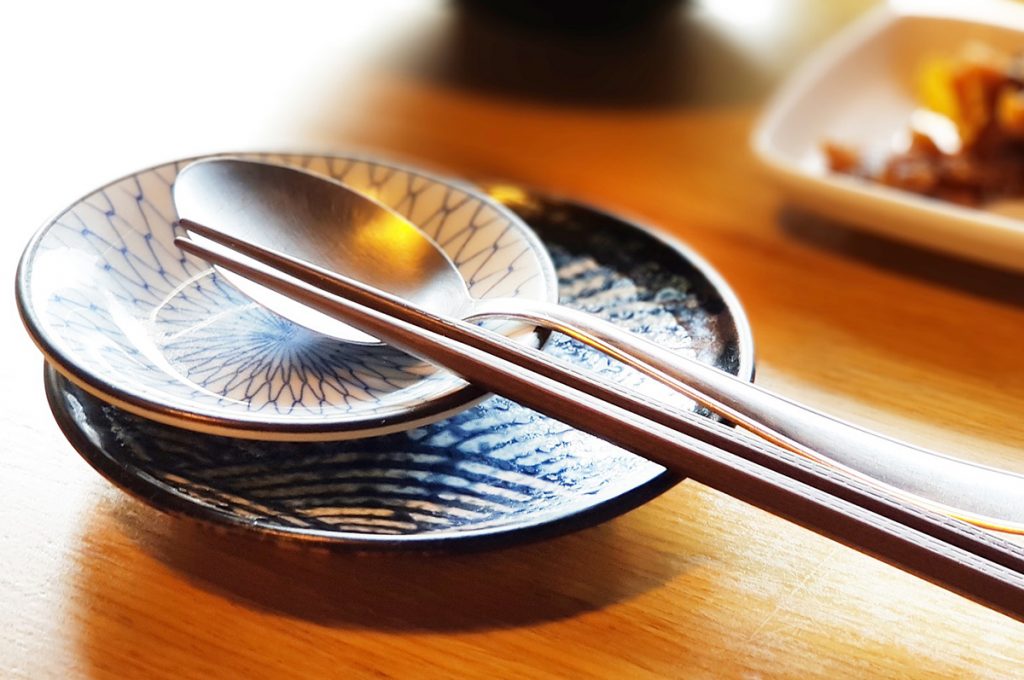 Pick Up Your Rice

Japanese rice is rounder and stickier that rice found in other Asian countries allowing you to pick it up with your chopsticks. Pick up the bowl and hold the bowl in front of you and pick up the rice in morsels and bring it to your mouth while keeping the bowl under it in case you drop anything. While you might see people putting the bowl against their mouth and scooping the rice in with their chopsticks, it is often considered as bad table manners in Japan. 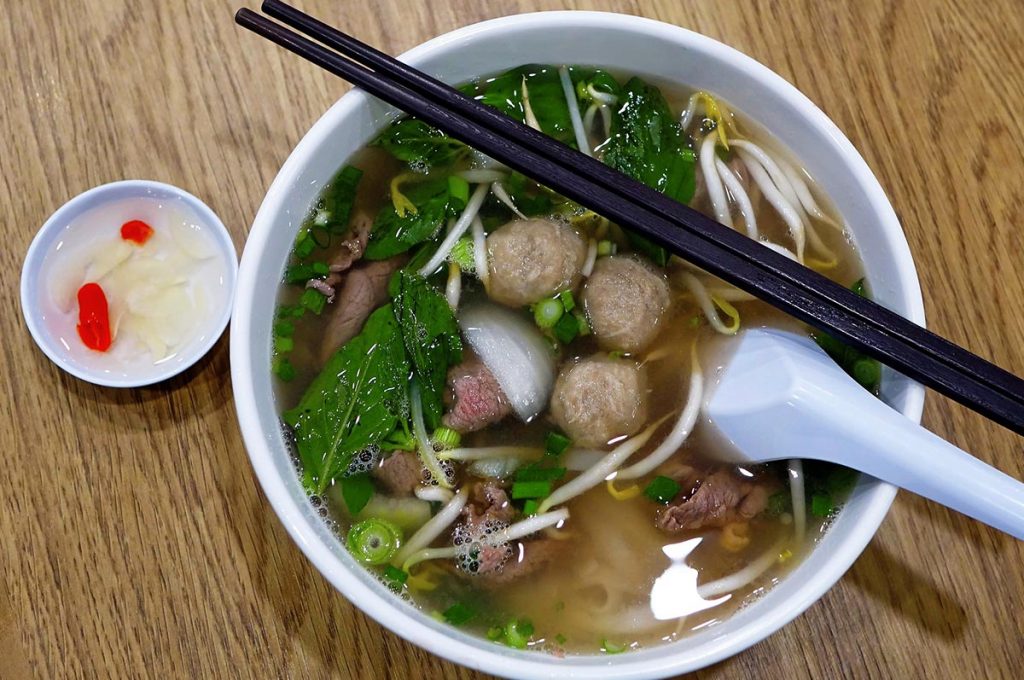 While it is considered bad table manners to scoop rice into your mouth directly from the bowl, it is perfectly fine to drink soup in this way. Bring the bowl of soup up to your mouth and sip from it. Use your chopsticks to stir for example any miso in your soup that has sunken to the bottom as you drink or move food to your mouth while sipping is perfectly fine. Don’t be ashamed even if you make a slurping sound as it is perfectly normal to do so while drinking soup.

There are a couple of rules when using chopsticks that are considered bad manners or plain offensive and understanding them is important so you don’t end up offending somebody else. A big no-no is sticking a pair of chopsticks upright in a bowl of rice.

This is considered highly offensive as this is done during funerals as an offering to the deceased. As a general rule, don’t stick your chopsticks in a bowl of rice or noodles even if it’s not vertical but rather use your chopstick holder to rest them on when not in use. Also do not leave your chopsticks placed like a cross on your bowl as this symbolizes death.

Passing Food From Chopstick to Chopstick 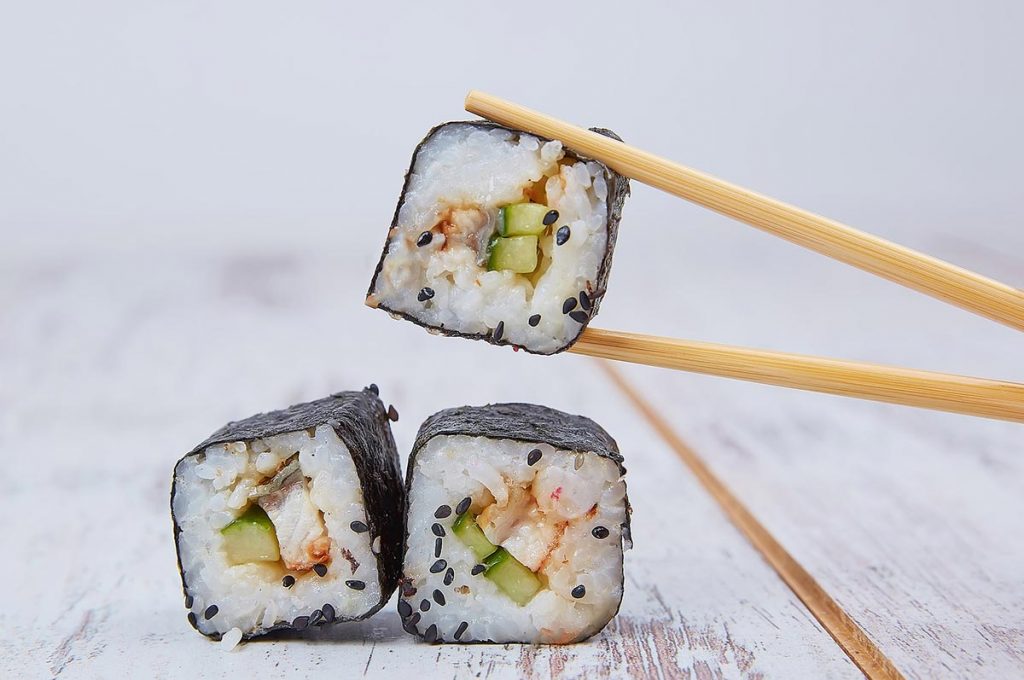 Another big taboo is passing food from chopstick to chopstick as this resembles a funeral ritual where bones of the deceased are passed from person to person into an urn with a pair of chopsticks. If somebody passes you food, simply have them place it on your bowl or a plate but never take it with your own chopsticks. Or use the communal chopsticks to pass food to someone else’s bowl or plate.

Chopsticks Are Not a Toy 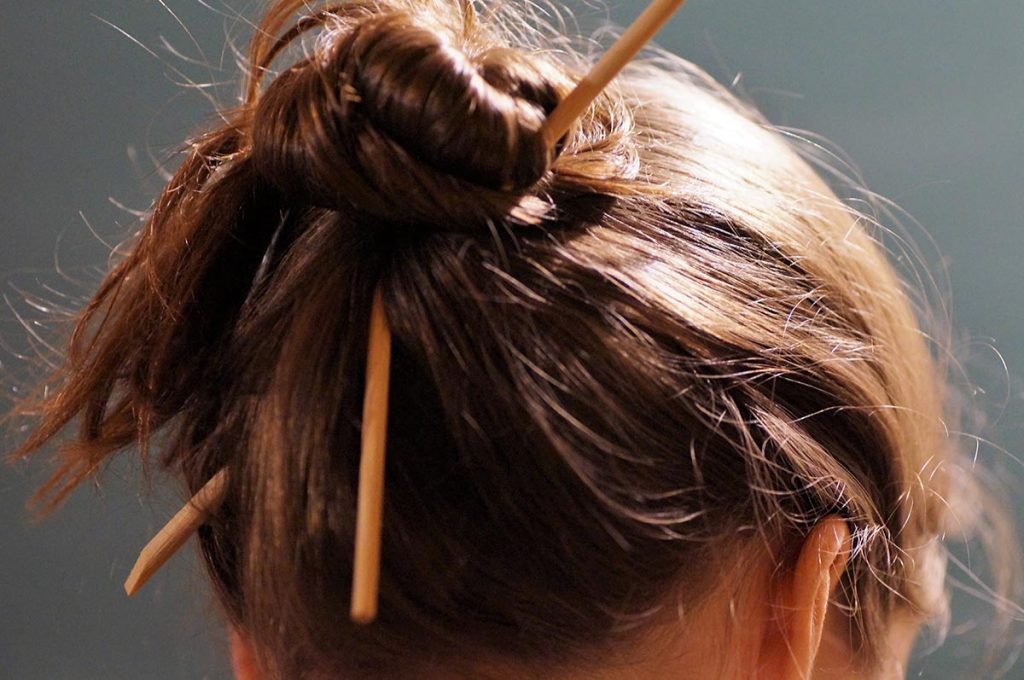 As you would not play around with a fork and knife, the same goes for a pair of chopsticks. While you might think it would make a great pair of drumsticks or putting it up your nose just for the fun of it, it is frowned upon and considered bad manners. And while it might seem fashionable, chopsticks are also not meant to be used as hair accessories. The chopstick like hair accessories often used in combination with kimono’s are actually hair ornaments called ‘kanzashi’ and differ from chopsticks.

Do not stab or spear food with a chopstick. This is considered rude and poor table manners. Practice makes perfect as explained in The Dos Rule #1, don’t just stab food just because it’s easier, pick up your food with both chopsticks and move it to your bowl or into your mouth.

While you might be keeping them in your mouth for a moment to free your hands, try not to lick or suck on your chopsticks as it is regarded as bad manners and unhygienic especially if you are sharing a plate of food and using your own chopsticks to pick up food from the same plate. Again, use the chopstick holder to keep your hands free.

Stir or Search for Food

Proper chopstick etiquette in Japan might seem like there are a lot of rules but actually many apply to a fork and knife as well. You also wouldn’t wash your knife in your soup, point with your spoon or stick a fork in your hair. Even though there are many rules, try to at least remember not to offend anybody by putting up a pair of chopsticks in a bowl of rice or passing food from chopstick to chopstick, the rest should come with practice and time.

Now that you know how to use chopsticks properly, find out what are the foods you can’t miss in Japan!

Koyasan Japan – A Spiritual Journey to the Top of Mount Koya