The Yakuza are still very active, and although Yakuza membership has declined since the implementation of the Anti-Boryokudan Act in 1992, there are still approximately 25,900 active Yakuza members in Japan as of 2020.

by Alex Coles
in Japanese Culture, Living In Japan
Reading Time: 6 mins read
A A
0
Share on FacebookShare on Twitter

The Yakuza are among the most notorious gangs in the world, operating numerous illegal activities, including racketeering, gambling and extortion. They are so well known in Japan they are almost mainstream. Here are 8 facts you may not have known about the Yakuza.

One of the most well-known ways that a Yakuza stands out is through their full-body tattoos, made up of many intricate drawings. This custom originates from the Bakuto who would cover their bodies in colourful tattoos.  A traditional method is known as irezumi is used, where the ink is inserted beneath the skin by hand using handmade tools with needles of sharpened bamboo. It is seen as a mark of someone’s wealth as well their bravery and toughness, due to the pain, this method inflicts, which is also very expensive and can take years to complete. 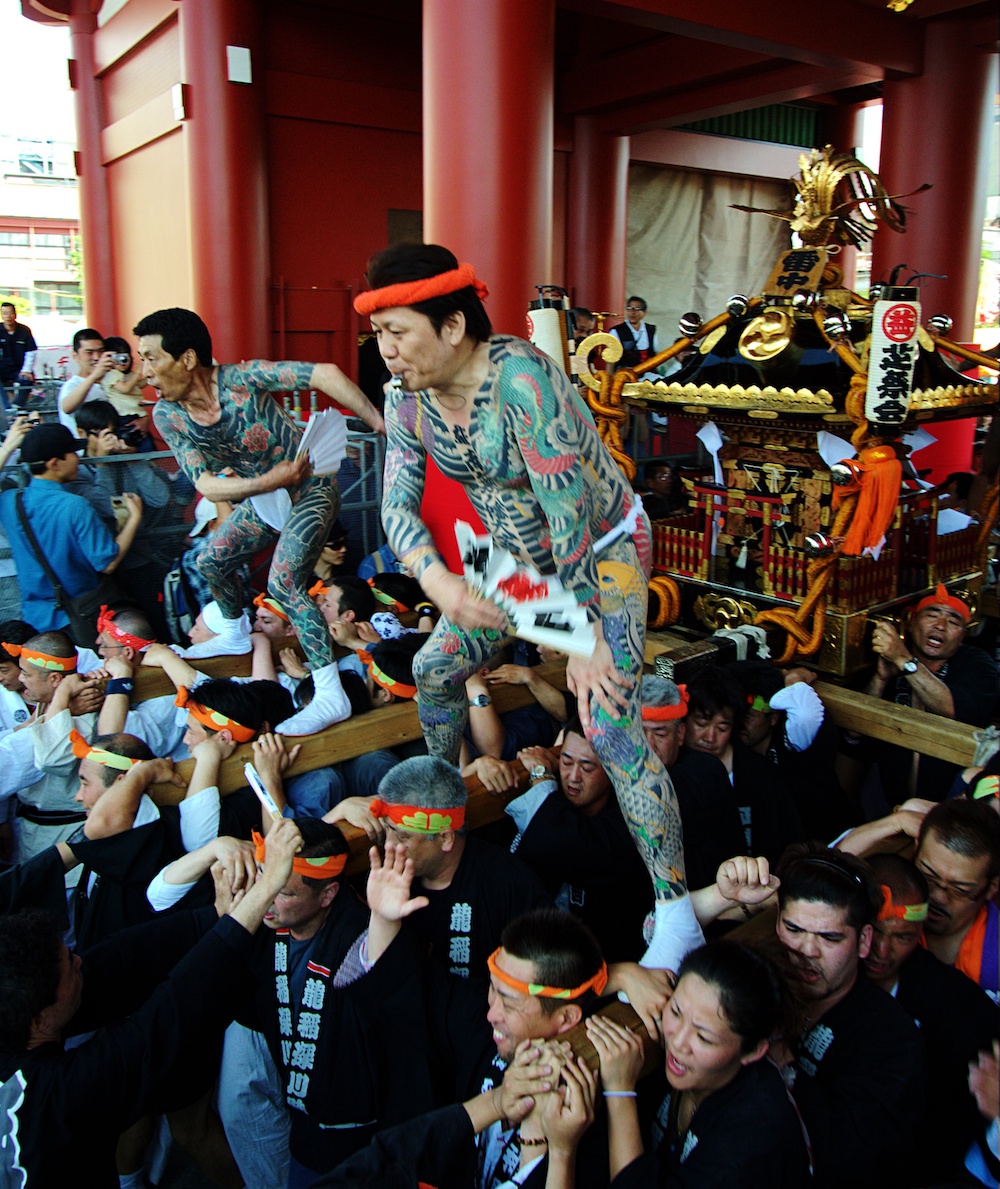 Irezumi usually covers the entire body, except for a stripe down the middle of the chest. In recent years it has become popular for non-Yakuza to get these type of tattoos with popular designs including dragons and women. Tattoos, however, still carry a huge stigma in Japanese society due to the extremely negative association with the Yakuza are usually banned in an onsen. The mayor of Japan even imposed a law banning tattoos on government workers.

Read also: How is it like to travel Japan with Tattoos

Yakuza members that disobey or bring shame to the organisation are forced to atone in an extremely brutal way — by chopping off a part of their finger. This act is called Yubitsume, which translates as finger shortening and is the reason why many Yakuza members are missing part of their little finger. Many members voluntarily undertake this punishment as a way to avoid harsher punishments such as being kick out of the organisation or even killed.

The punishment originates from Feudal Japan when gamblers couldn’t pay their debts. In addition to being extremely painful, they would have found it difficult to handle a sword, meaning they couldn’t defend themselves. In the same way, it was adapted by the Yakuza as it was thought it may affect their combat.

Although the Yakuza have a poor reputation as a criminal organisation, there are also times when they come to aid in times of panic. During the 2011 Tohoku Tsunami disaster they were among the first to head to the affected areas with aid. They also helped during the 1995 Hanshin earthquake, where they used helicopters, boats and scooters to deliver aid.

Some say the reason the Yakuza help in times of panic and disaster is because they are made up of outcasts and so sympathise with people that struggle. Others are a little more sceptical, arguing it is just a PR stunt to make it harder for the police to crack down on them.

Honour and status are very important in the Yakuza, with recruits, kobun (child role) required to take a subservient role, to one of the higher-ranked members, known as oyabun (father role). The organisation has a very complex leadership structure with many layers that are required to progress to the very top.

The initiation ritual is based around sake, known as sakazukigoto. The recruit would sit opposite his oyabun while the drink is prepared by other members. To reflect their status, the recruit will get a much smaller amount while the oyabun will have his cup filled right to the brim. The ceremony is complete after each drinks from their cup, before swapping and taking another drink. This represents an almost father-son relationship.

Sokaiya is the name given to a form of bribery practised by the Yakuza. They would first buy shares in a company to attend shareholder’s meetings. Then they would find as much dirt as they can on the company, which they will threaten to reveal at a meeting unless they are paid the money. This tactic is usually effective as Japanese people fear shame more than anything else. Some of Japan’s largest corporations have been targeted including Mitsubishi, where a blackmailer received 8 months in prison.

By 1982, sokaiya had reached such a level that a law was introduced making it illegal for corporations to pay the blackmailers. However this did not prove to be effective, it just meant the Yakuza would be more careful in hiding their schemes. The most effective way to deal with this has been to arrange meetings at the same time as the Yakuza cannot be at every meeting at once. Now up to 90% of corporations hold their shareholder meetings on the same day.

The Yakuza play an important role in Japanese politics. They have extensive links with the Liberal Democratic Party (LDP), a right-wing political party that has been in power for all but 5 years since 1955, providing them with financial aid. The first LDP prime minister Nobusuke Kishi was heavily involved with the Yakuza, providing bail for a Yakuza member convicted of murder.

Apart from money, the Yakuza are also highly influential in whipping up support for the LDP in rural areas. In these areas, campaign chiefs are Yakuza who is also the head of the agricultural cooperative, called nokyo, and the nokyo are connected to Yakuza-run construction companies. As many of the rice growers don’t make enough money from rice growing, they also work construction jobs. As these people are very dependent on the Yakuza for jobs, the Yakuza can be very influential in getting more votes for the LDP.

To join the Yamaguchi-gumi, which is the largest Yakuza organisation in Japan, members have to sit a 12-page exam. The Yamaguchi-gumi created the exam after the government passed harsher laws to crackdown on organized crime. The exam was an attempt to keep its members out of trouble by making sure they are knowledgeable when it comes to the law. The exam covers everything from vehicle theft to gangster customs.

There have been many Yakuza wars over the years but the bloodiest was in 1985. The problem arose when the oyabun of the Yamaguchi-gumi, died of natural causes. His second in command was decided as leader once he was released from prison, however, he would later die in prison. With both the top members dead, the lieutenants decided to vote on who to take over the leadership and chose Masahisa Takenaka. A man named Hiroshi Yamamoto was unhappy with the outcome of the election and decided to form his group, the Ichiwa-kai.

The war was started when the Ichiwa-kai shot dead Takenaka and two other high profile members of the Yamaguchi-gumi. This led to more shootings, which is rare in Japan due to strict gun laws. The war was eventually won by the Yamaguchi-gumi, as they had more members. By the end, however, 36 were killed and many more were injured.