by Elena Laghi
in Japan Travel
Reading Time: 7 mins read
A A
0
Share on FacebookShare on Twitter

Himeji Castle can be defined as a rare beauty. First, for its appearance: it is also called White Heron Castle for its white elegance, and it is considered one of Japan’s most spectacular castles because of its beauty and complex castle’s grounds. Second, because it is one of Japan’s original twelve castles. In fact, it has never been destroyed by war, earthquakes, or fire like most other castles. 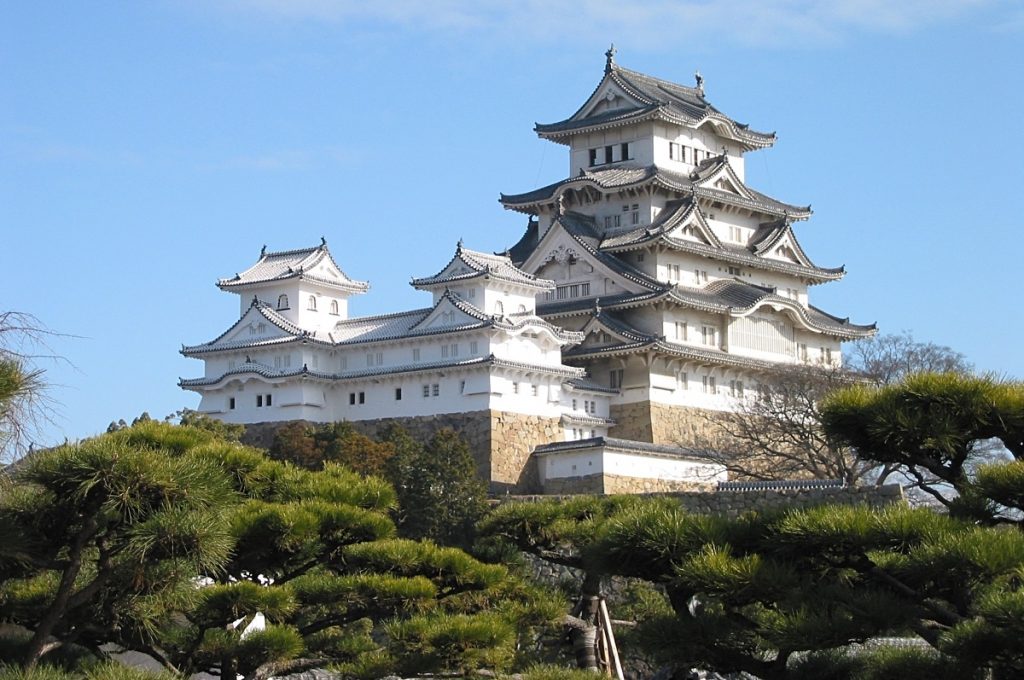 Needless to say that Himeji Castle is both a national treasure and a UNESCO world heritage site. Completed in 1609 and being more than 400 years old, it underwent important renovation and was fully re-opened to the public in 2015. So, let’s see what this beautiful place and Himeji city have to offer!

How to get to Himeji? 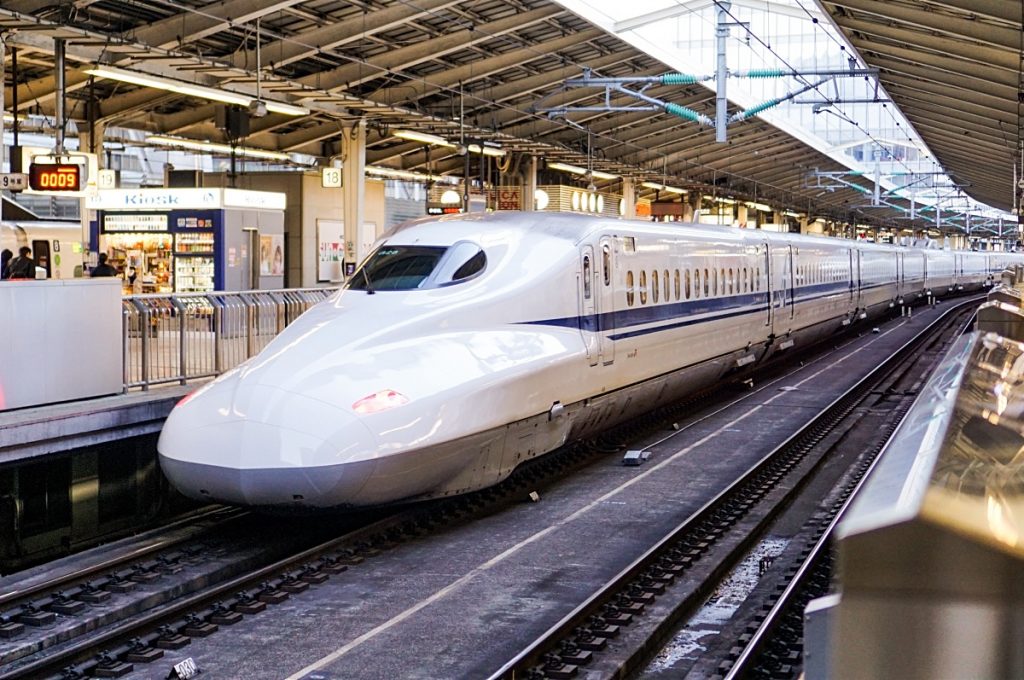 From Osaka: The fastest way to get from Osaka Station to Himeji Station is by taking the Tokaido-Sanyo Line. It takes about 1 hour and costs 1490 yen.

Craving local Osakan food? Read all about it in our article Osaka Food – The 5 Local Dishes You Have to Eat.

From Kyoto: There are two ways to get from Kyoto Station to Himeji Station. The first one is taking the Tokayido-Sanyo Line, that takes 1 hour and 40 minutes approximately and costs 2270 yen. The other way which is the fastest, will be by taking the Tokaido-Sanyo Shinkansen which takes about 50 minutes and costing 5590 yen.

If you’re a foodie and staying in Kyoto, you can’t miss our article Best Food in Kyoto – The Top 5 Dishes You Have to Try in Kyoto!

From Hiroshima: If you are coming from Hiroshima the best way to get to Himeji Station is by taking the Tokaido-Sanyo Shinkansen which takes about 1 hour and costs 8290 yen.

Too many trains to take and don’t know which way to go? Read our article about JR Pass Japan – The Ultimate Guide You Need to Read.

Once you arrive at Himeji Station, take the north exit and you will see the castle right in front of you at the end of Otemae-dori Street. Reaching Himeji Castle will be easy by either walking 15-20 minutes, take a bus (5 minutes ride, 100 yen, one way), or take a taxi (650 yen one way).

Where to stay in Himeji?


Here are a few accommodation suggestions for every budget if you visit Himeji. 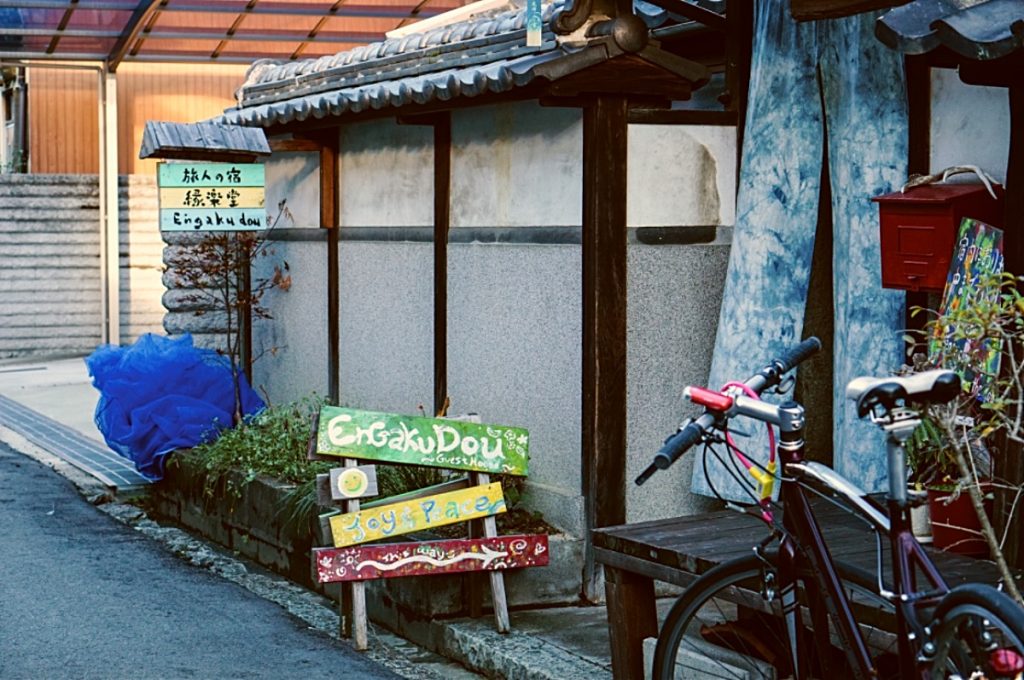 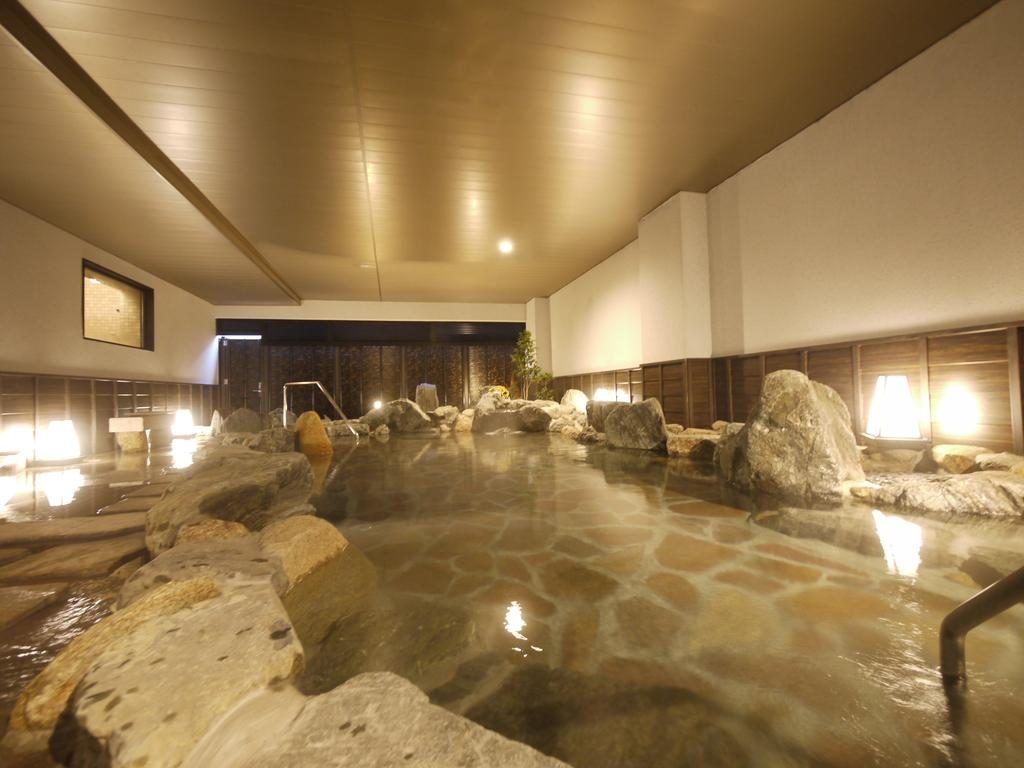 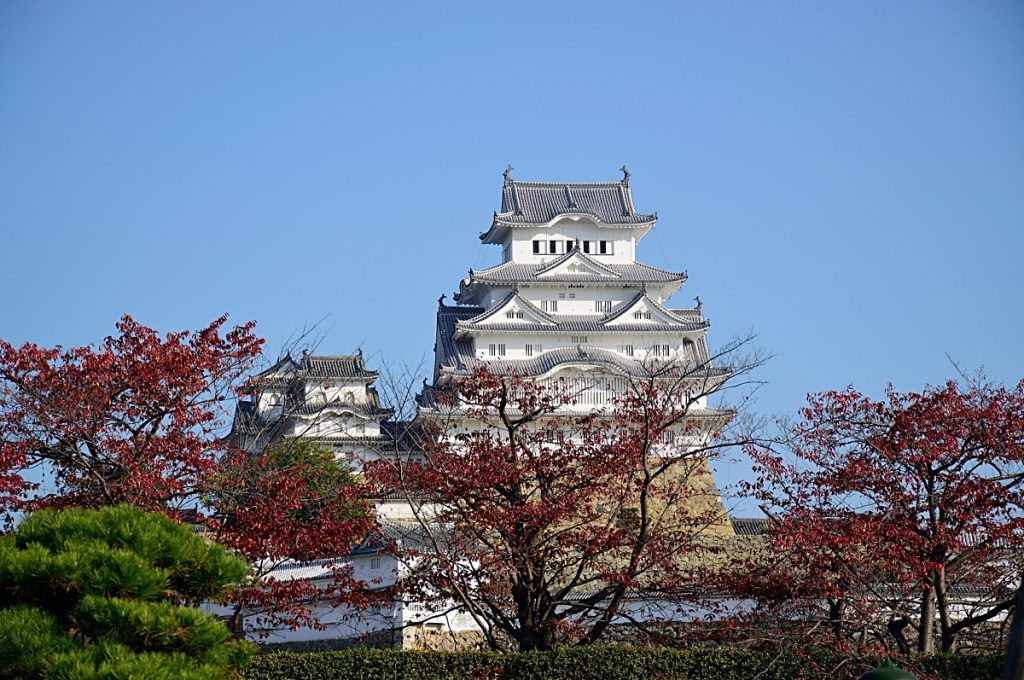 As said before, Himeji Castle is a national treasure. It has more than 83 rooms and it is the most visited castle in Japan. There is a “labyrinth” of passages, gates and baileys that where designed for defence all around it. In the middle of the complex stands the main keep, which is a six-story wooden structure. Once inside, you will walk (without shoes) through large wooden rooms, with panels that explain Himeji Castle’s features and architecture. You will climb different narrow staircases to the top, where you will find a little shrine and a beautiful view of the castle’s roofs and Himeji city.

After visiting the main keep, you can also have a look at an additional bailey, Nishinomaru (west bailey), which was the residence of the princess and offers a different point of view on the main keep. Himeji Castle is also famous as a cherry blossom viewing spot during the blooming season that usually falls in early April. Please be aware that during this period, as well as during the Golden Week and the summer holidays, you may have to wait a considerable amount of time to enter the main keep, and the number of tickets may be limited. If you want to discover more about the castle, you can visit its official website.

Next to Himeji Castle stands Kokoen Garden, a short walk west of the castle’s main gate (Otemon Gate). It was open in 1992 and features nine separate walled gardens designed in various Edo Period styles. There is a pond with a waterfall, a tea ceremony house where you can enjoy a cup of tea, a flower garden, and a bamboo garden. The visit to the garden comes at a very reasonable price if you buy a combination ticket with Himeji Castle, as explained in the next section. 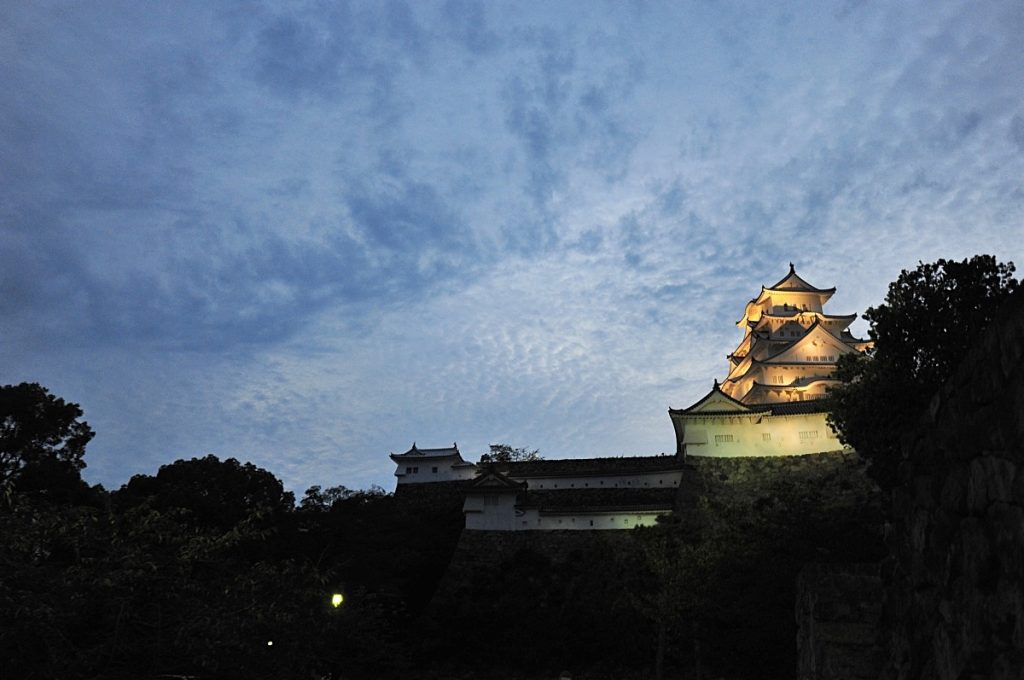 Himeji Castle is open from 9:00 to 17:00, but from late April through August it will be open until 18:00. Admission ends one hour before closing time. If you arrive late, you will not be able to see Kokoen Garden but only climb up the stairs fast until reaching the top of the main keep.

This occurs because the castle is huge but you will be able to enjoy it anyway. Himeji Castle is closed on December 29th and 30th. The admission fee for adults is 1000 yen (castle only) or 1040 yen (castle and Kokoen Garden), while for students will be respectively 300 yen and 360 yen.

What else to do/see in Himeji?

Himeji does not mean only the castle! There are many other things to do, which appeal to different tastes and travellers. Are you ready to discover them?

If you are keen on museums, Himeji has a pretty good amount of them. You can visit the Himeji City Museum of Art, which also hosts an impressive view of the castle itself, the Hyogo Prefectural Museum of History, which describes the history of Japan, and the eccentric Japan Toy Museum, which has a collection of toys coming from more than 150 countries and eras. 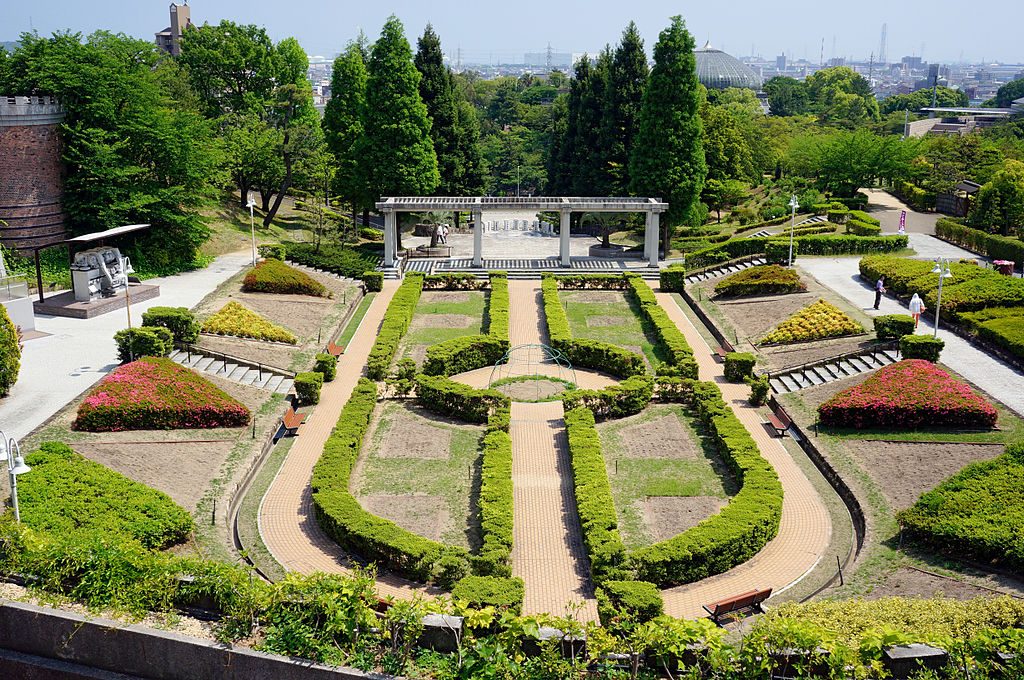 If you want to escape the city bustle, you can go to Tegarayama Park, where there are two museums, but also botanical gardens, and an amusement park. If you want a deeper escape, then the best choice would be Mount Shosha (take the bus number 8 from Himeji Station and then Mount Shosha Ropeway, 30 mins in total) where you can find the beautiful Engyo-ji temple, used as one of the sets in the movie “The Last Samurai”.

Want to know more about Samurai? Read our article 10 Surprising Things You Didn’t Know About Samurai to find out more!

If you are up to a more “brainless” activity after your castle’s visit, well, the Himeji Station surroundings offer a large variety of restaurants and shops. Piole is one of the most popular department stores in the city. The building’s façade has beautiful lighting at night.

So, as you can see, Himeji is famous for its castle but it is also a beautiful quite city, offering a relaxing moment in the middle of your trip. You can spend one or a couple of days, enjoying also museums, nature, and shopping.