Edo Period Japan – 10 Interesting Facts That Will Surprise You

The Edo period is the period between 1603 and 1867 in the history of Japan, when Japan was under the rule of the Tokugawa shogunate.

by YourJapan Blog
in Japanese Culture
Reading Time: 7 mins read
A A
0
Share on FacebookShare on TwitterPin this articleShare on LINE

Japan is a country rich with history and tradition. Most people are aware of the samurai, geishas, or the fact that Japan closed its borders for many years. There are, however, other facts that many people would be shocked to learn about. Let’s take a look at 10 interesting facts you probably didn’t know about the Edo Period Japan!

Seventy Percent of the Population Was Male

Imagine it – seven men for every three women. Those seem like pretty skewed numbers, right? In the Edo period, the majority of women were married off between 15 to 18 years of age, and it was embarrassing for a women to remain single after the age of 18. Unfortunately for men, most of them didn’t get the chance to get married until after they turned 25. The majority of men actually spent their entire lives as servants to businesses and didn’t have the opportunity to marry until they were at least 40. For those reasons, this era often saw many “age gap marriages”. Unlike in today’s society, no one would bat an eye at a 50-year-old man walking around with his 16-year-old bride.

Samurai Were Paid in Rice 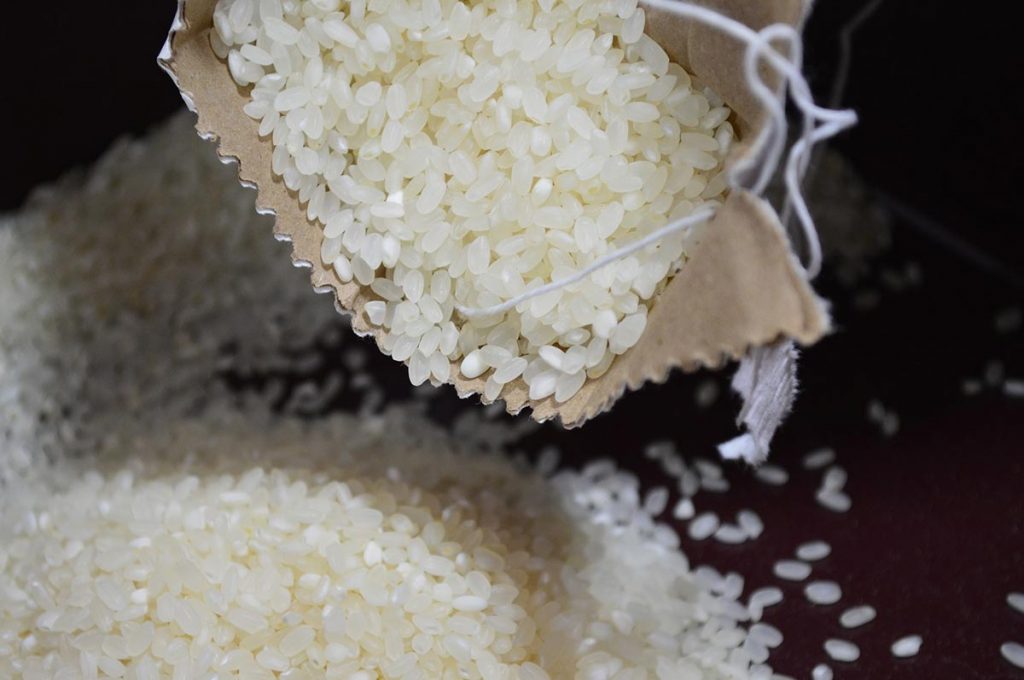 Almost everyone is familiar with Japan’s tradition of the noble samurai. They were fierce warriors with intense training and strict disciplines. With such an amazingly hard line of work and higher position in society, it’s easy to imagine that they were rolling in the dough, right? Wrong. Samurai were paid their wages in rice. Not gold, not valued currency, not clothing, not housing; just simple white grains that kept them fed and full of carbs. On that note, if you’d like to learn 10 facts about the samurai that you might not have known before, check out our Samurai article! 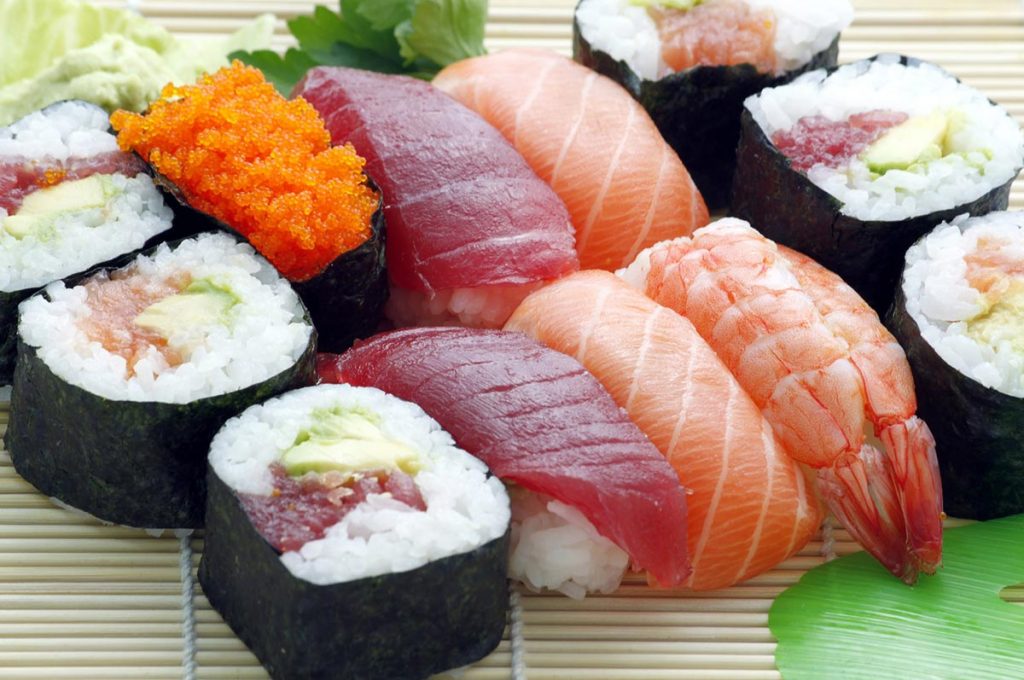 When you think of modern-day sushi, you likely imagine fancy restaurants with professional chefs and a menu that costs a small fortune. Funny enough, sushi was considered fast food for men who worked construction jobs during the Edo Period. With such an abundant amount of workers to build Japan’s growing infrastructure, vendors had to find a way to feed all the single men who were either too tired or otherwise unable to cook for themselves before and after a long day of work. Sushi is relatively easy to make (the ingredients are literally just raw fish and rice) and even easier to eat quickly. The bite-sized morsels were gobbled up daily the same way street food can be inhaled today.

With almost half a thousand public baths around Japan in 1860, people found it much easier to simply use the public facilities daily instead of bathing at home. Some people enjoyed public baths and found them so convenient that they often took two baths a day, if not more! Nowadays, most people imagine that Japanese people are some of the most cleanly people in the world. It stands to reason that we’d think so with their deep routes of cleanliness and bathing! If you want to know how to behave in a Japanese public bath, check our article about Onsen Etiquette.

Almost Every Child Went to School 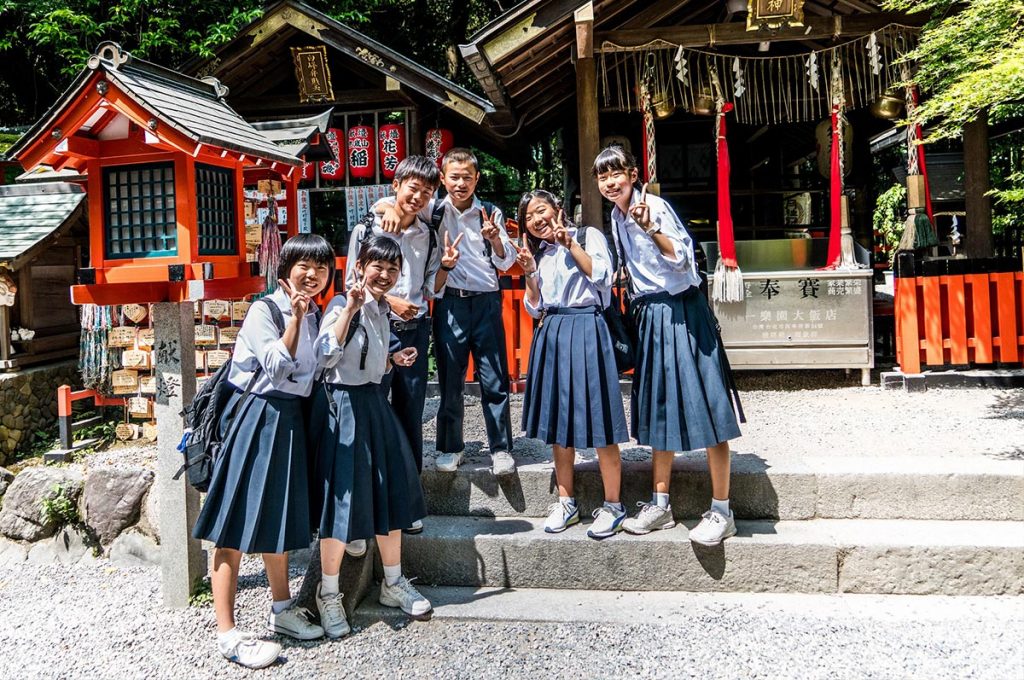 It might not sound like a big deal, but compared to other countries around 1850 Japan’s literacy rate was quite impressive. England only had 20-25% of their children attending schools at the time while Japan saw an 86% rate of school attendance for 7 to 15-year-olds. Children in Japanese schools were taught to read, write and use an abacus. There was usually no set tuition for children to attend, as they all simply paid what they could. Even in the countryside where there were less schools, rural farmers and workers often pushed for their children to get an education so that they wouldn’t be taken advantage of by tax collectors.

Women Shaved Their Eyebrows After Marriage

Every culture has its traditions that might seem a bit strange, but this one may shock some of the female readers out there. After marriage, women in the Edo period would shave their eyebrows and might have also engaged in other makeup rituals common to that time. Women also painted their teeth black, their faces white, and lips bright red. Many believe that these artificial features were either to make women appear more attractive or to hide their natural expressions. One thing is for certain: not all of these trends made it into modern-day practices.

Criminals Were Banished to Remote Islands

One of the more interesting punishments Japan reserved for criminals was to send convicts to the remote islands now known as the Izu Seven Islands. Today, these islands serve as popular tourist destinations just south of the main island of Japan. In the Edo Period, such a sentence was either a blessing or a curse; some of the islands were inhabited by kind natives who took in the criminals and treated them fairly, while others were uninhabited and lacked food and water. Many convicts enjoyed their time spent with the natives, even going so far as to marry into a family and live there for the rest of their lives after their sentence was finished. Others simply starved to death.

Everything Was Recycled; Even Human Waste

It’s no secret that Japan had closed its doors to outsiders and remained isolated during the Edo Period, meaning that it was impossible to import goods from any other country. This meant that Japan had very finite resources that were not easily replenished. In order to be fully self-sufficient, specialized jobs were created to recycle almost anything and everything that could be given a second life. There were people who bought or repaired used clothes, paper, umbrellas, barrels, candle wax, ash, and even human waste! The population’s abundant source of ‘night soil’ was commonly used to fertilize fields to grow more crops.

There Were Almost No Guns in Japan by 1706 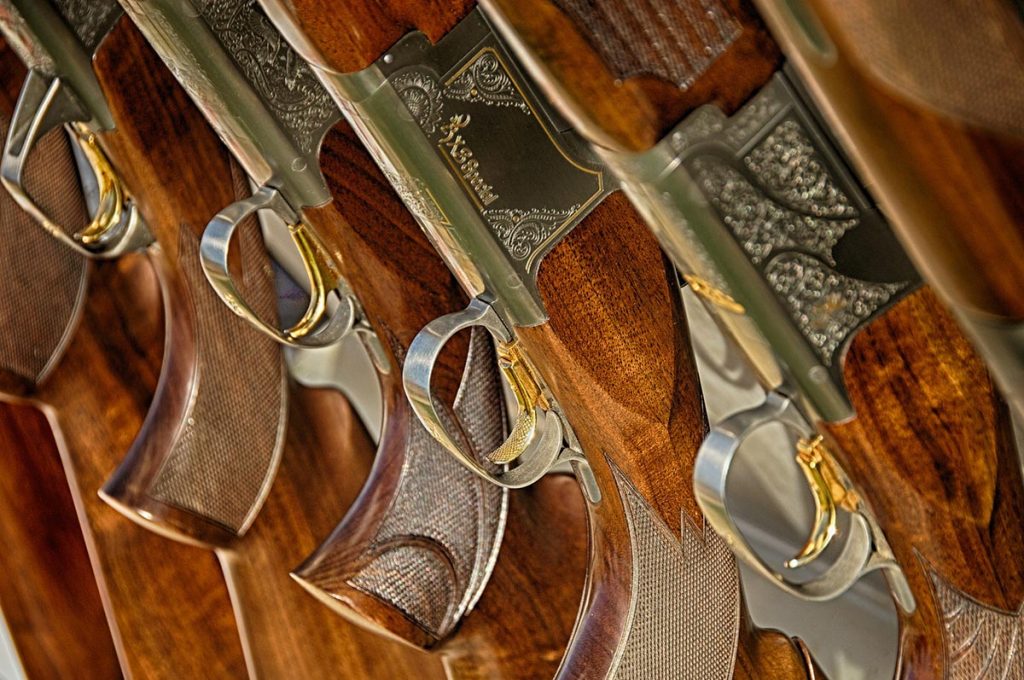 Japan and Australia are the two most common countries that come to mind when people talk about countries without guns. It was mainly due to the fact that Japan had shut down all imports and exports during the Edo Period that they were able to control the production and distribution of firearms. Since Japan was in a time of peace without threat from invaders, they sought to rid themselves of all guns to maintain order. By 1706, Japan had less than fifty guns in production, and very few people still retained any knowledge of how to create the weapons. Japan remained almost completely gun-free until 1853 when Commodore Perry arrived with firearms in tow.

Entering and Leaving Japan Was Punishable by Death

Though many people are aware that Japan shut its doors to the outside world for quite some time, it was less known that there were severe penalties for those who chose to enter or leave the country. The most common punishment? Death. No fines, no jail time, just a swift end to a ‘traitorous’ life. Those that left the country and came back were considered to have been tainted by Westerners, and thus were thought to be able to infect the pure Japanese population. Foreigners who arrived were treated just as harshly. In 1640, a group of Portuguese merchants thought they’d try to open trade routes with this mysterious island. Thirteen were executed, and the rest were sent back to their home country with a simple message: “Think of us no more.” Thankfully, Japan is a lot more open to foreigners nowadays!

Did any of these facts surprise you? Are there more surprises about the Edo Period that you know of? Tell us all about it in the comment section below!