A trip to Japan is never complete without a visit to a traditional Shinto shrine.

by Azra Syakirah
in Japanese Culture
Reading Time: 7 mins read
A A
0
Share on FacebookShare on Twitter

Etiquette at Shrines in Japan – Shinto shrines are an integral part of modern and traditional Japanese life. A trip to Japan is never complete without a visit to a traditional Shinto shrine. After all, it ranks high on the must-do list for foreign travellers. For anyone who’s not accustomed to the customs and etiquettes in Japan, sacred sites can be a minefield of social and religious faux-pas, and more often than not, foreigners tend to shrug them off.

Even though it may be difficult to keep a conscious note all the time, but following rules and tradition especially in a sacred place is showing respect to the culture and religion. Here’s a complete 101 guide on how to properly visit a Shinto shrine in Japan.

What is a shrine?

Before anything else, you’ll come across two main types of places of worship in Japan: a Shinto shrine and a Buddhist temple. Don’t fret if you don’t know the difference, because even the Japanese gets confused sometimes! Years ago, Shinto and Buddhism were connected, and places of worship were often interchangeable. Now, the most obvious way to note a Shinto shrine is by the torii gate, which is much more minimal, slimmer and smaller than that of Buddhist temple’s sanmon entrance gate.

Read also: What is the difference between a Shrine and a Temple? 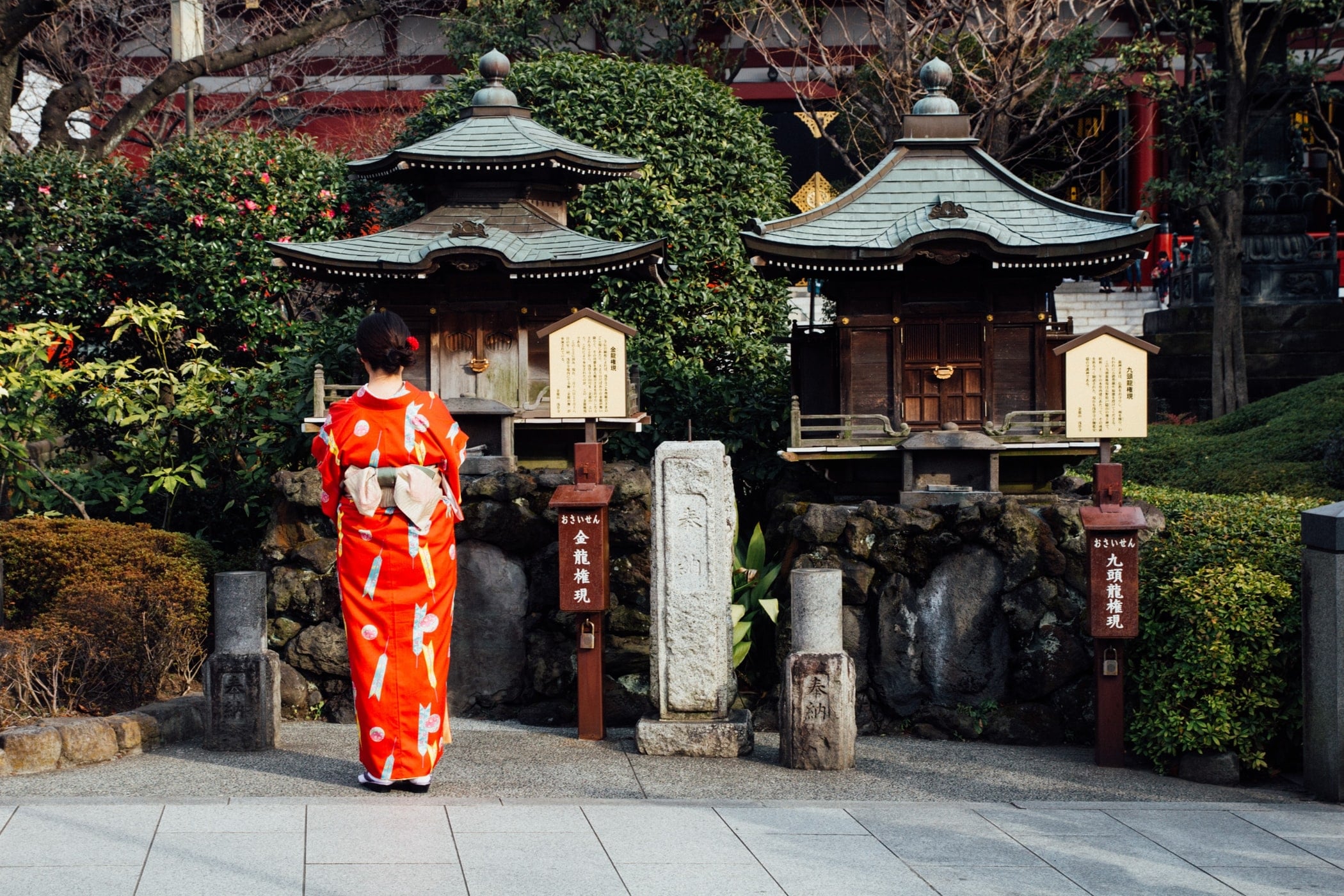 There are countless different reasons as to why people visit shrines, some of which are personal ones. But if you have to put a list to it, the top three most generalized reasons to visit one are to sightsee, to study the history of religion in Japan, and to pray for good health and fortune within many facets of life.

When to visit shrines? 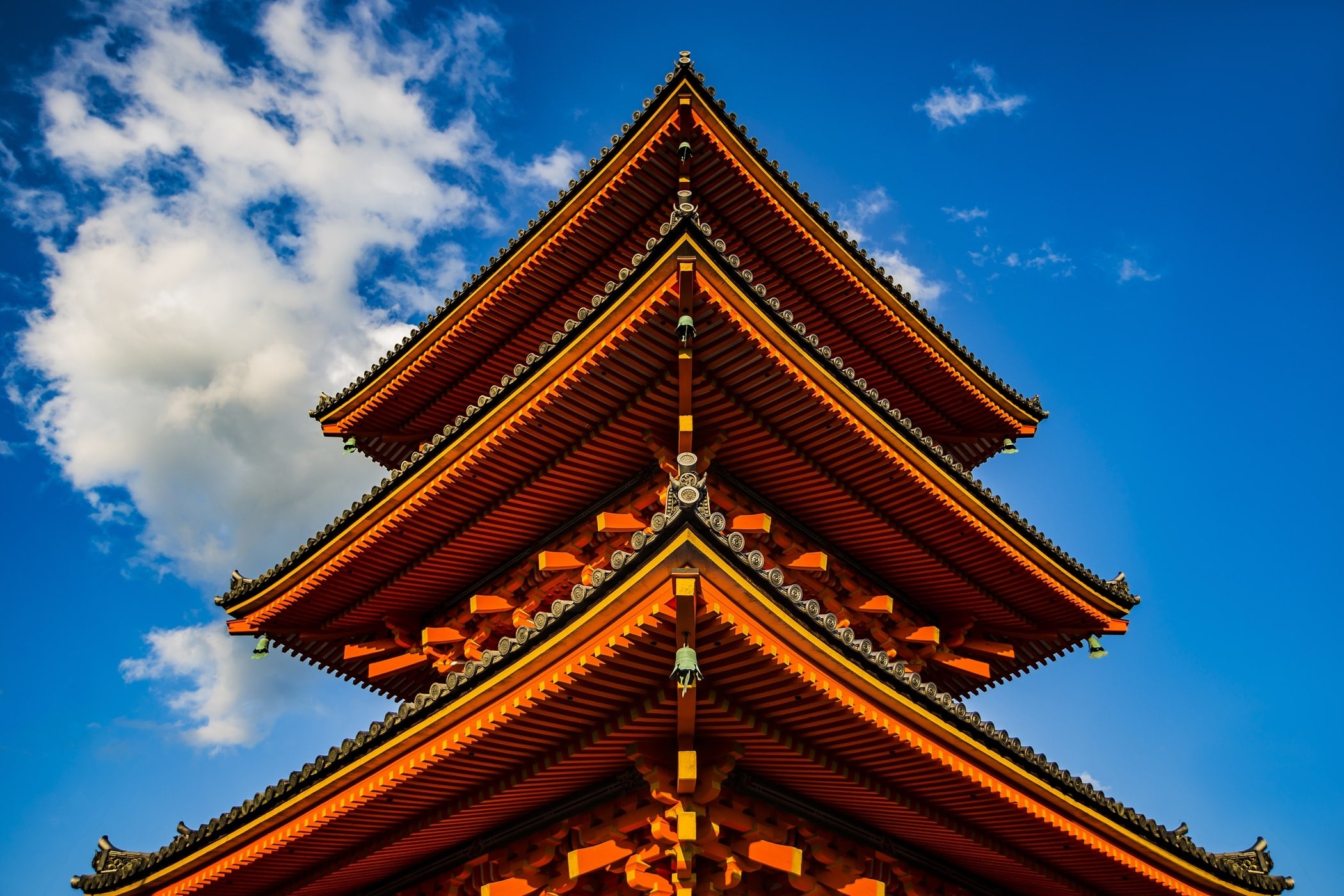 The most popular time to visit a shrine is during the New Year. As the clock strikes midnight, dozens of people make their way to their nearest spiritual epicenters to pray for good health for the forthcoming year.

While there isn’t a specific time not to visit a shrine, there are some who believe that if you’re sick, in mourning or have an open wound, it is inappropriate to. This is because they’re signs of impurity and should be kept away from a holy site. However, as the times have changed, it wouldn’t be much of a problem now if you have any of the above and desire to visit a shrine.

A shrine can come in all shapes and sizes, but most of the time they have similar features and parts. Each component of a Shinto shrine exists for a reason, and understanding the significance and function of them can play a part in a better visiting experience.

The torii gate is the structure that stands at the entrance of the shrine, and acts as the shrine gate. This is probably the first feature seen before entering the sacred ground. The distinctive form of the torii is recognised all around the world as an icon marking the presence of a Shinto shrine.

The sando is also known as the worshipper’s path, and is the walkway — often paved with gravel or flagstone — that leads into the shrine and its constituent components.

The shimenawa is a sacred rope tied around or across an object or space to denote its purity and sanctity.

Most of the time situated right in front of the last torii gate is the temizuya, a covered area where clear, running water is found. Worshippers stop here before proceeding to wash their hands and mouth in an act of ritual.

Haiden: The Hall of Worship

At the end of the sando is the haiden, where worshippers pray and pay their respects to the gods of the shrine. There are different types of worship conducted inside and outside the hall.

The tamagaki is the sacred fence that encloses the main sanctuary, which lies beyond the haiden where the kami (or god) is enshrined.

The honden is the shrine’s central structure and its most sacred space, as this is where the kami is enshrined.

The shamusho is found inside the compound, and is a building for conducting business other than sacred rites and ceremonies. The priests, priestesses and other shrine personnel rest here when they are not performing their sacred duties. It is also the space where shrines hold lectures and take requests for special prayers or rites.

The Process of “Omairi” 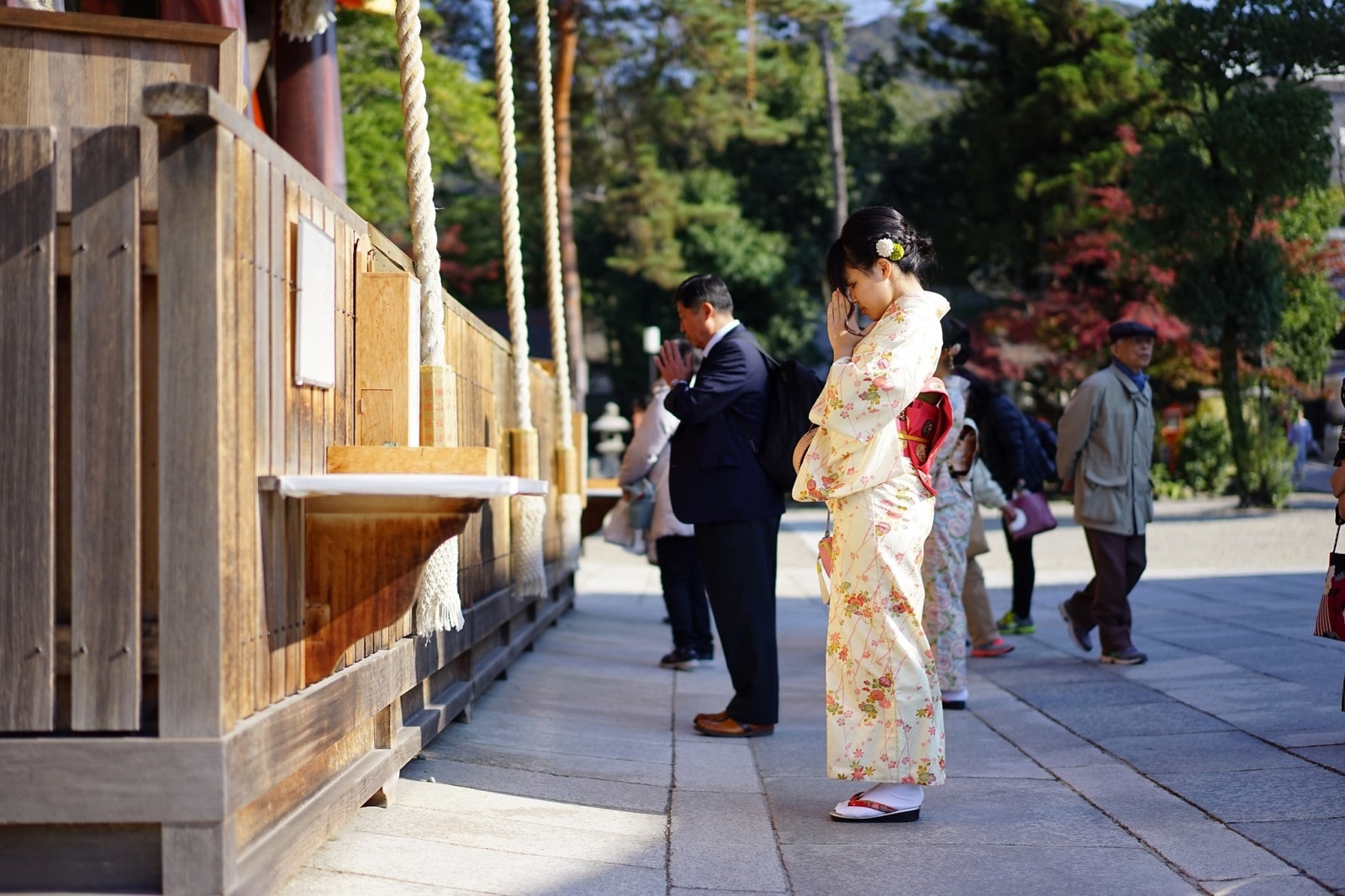 A shrine visit is called omairi. There are certain steps and procedures to follow when conducting your shrine visit. Here’s a simple yet conclusive guide to the perfect omairi.

Just before entering the sacred compound, bow at the gate before walking underneath it. It is also important to note that you’re not supposed to walk directly in the center of the walkway. The main approach to the shrine is known as sei-chu, and is considered the passageway for the gods. Be mindful and respectful, and walk to the side of the central path.

The large communal water pavilion known as the temizuya is where you conduct your purifying ritual known as the misogi, where the body and mind is purified before you face the deity. The process of the misogi purification ritual is simple: pick up one of the ladles resting on the pavilion and, using your right hand, fill the ladle with water. Pour water on your left hand, and then repeat the process with the left hand (to wash your right hand). The last step is to rinse your mouth, and after scooping water using the ladle, pour some in your left hand to rinse your mouth. For the final scoop, pour the water on the ladle itself, and set the ladle down on the pavilion.

Before you leave the shrine, bow once again towards the direction of the main shrine as a sign of respect.

There are little strips of paper drawn from a wooden box called the omikuji as a small offering to the shrine. It also functions as some form of fortune lottery. Blessings concerning things such as health, marriage and business are written on the paper. There are also chances of curses, and these papers are usually tied on a tree or wall provided by the shrine. By doing so, the cursed is putting their fortune in the hands of the kami of the shrine so that the curse can be avoided.

Conclusion – Etiquette at Shrines in Japan

A visit to a Shinto shrine is more often than not beneficial and educational. Whether or not one believes in the religion and culture, it is often fascinating to watch and even participate in a ritual that has dated back centuries ago. With this wholesome write-up, you’re good to go on your Shinto shrine omairi!

Omotenashi: A Way of Life in Japan

How Do You Appreciate the Art of Japanese Katana?