by Azra Syakirah
in Japanese Culture, Living In Japan
Reading Time: 9 mins read
A A
0
Share on FacebookShare on TwitterPin this articleShare on LINE

10 Best Japanese Dramas To Binge (and learn Japanese) – TV shows are arguably more entertaining than movies, only because they have multiple episodes that tell the storyline longer and in a more elaborate manner. Viewers are able to get attached to specific characters and root for them — that’s the beauty of any series.

The Western TV shows and Korean drama shows have gotten tons of attention and credit in the scene — what about the Japanese dramas? This slightly underrated genre definitely deserves more hype, just because it’s not only entertaining and heartfelt, but every Japanese drama gives an insight to the country as a whole and the different aspects of Japanese culture.

Here are the best Japanese dramas to get you started on your binge-watching! 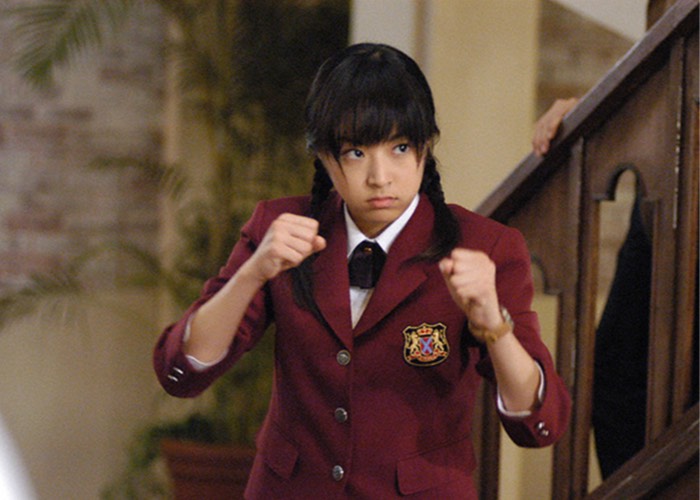 Hana Yori Dango is a Japanese drama that needs absolutely no introduction because of its high reputation. This drama tells the story of the only poor student, Makino Tsukushi, at a school for the rich and privileged called Eitoku Gakuen.

While it is just like any other academic school, there’s a mutual understanding that the school is informally ruled by Flower 4, known more commonly as the F4. The F4 consists of four boys who come from extremely influential families who might even be as powerful as the king.

All Makino wants is to get through her school days as peacefully as possible. But unfortunately for her, she stumbles onto the bad side of one of the F4 boys. The series follows her school life as she battles through bullying and other mishaps happening in this prestigious school. 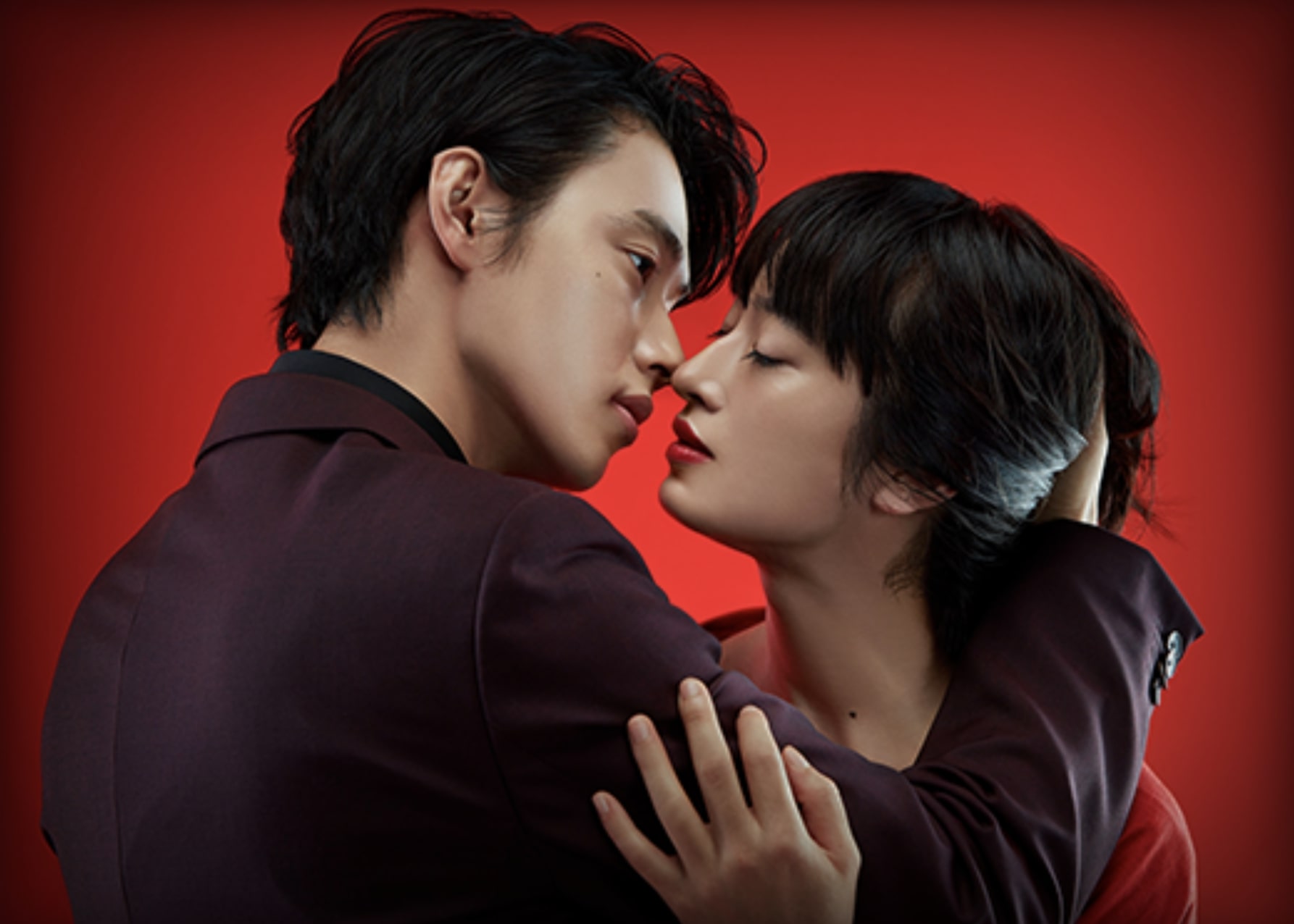 The first time Todome No Kiss aired, everyone who had access to the Japanese TV channel was glued to the show. This drama features a popular host, Dojima Otaro.

Because of his past, Otaro has this personality of a cocky, full-of-himself man that only strives for power and money. On just a regular normal day at work, a strange thing happens. He faces a mysterious lady with a pale face and red lips who kisses him out of the blue, and right after the kiss, Otaro suddenly dies but not permanently. After a while, he regains consciousness, with one minor difference: he wakes up seven days in the past.

This highly-rated drama follows the tale of his constant encounters with this mysterious woman, eventual multiple deaths and resurrection, and his quest to finding out why this is happening to him in the first place. 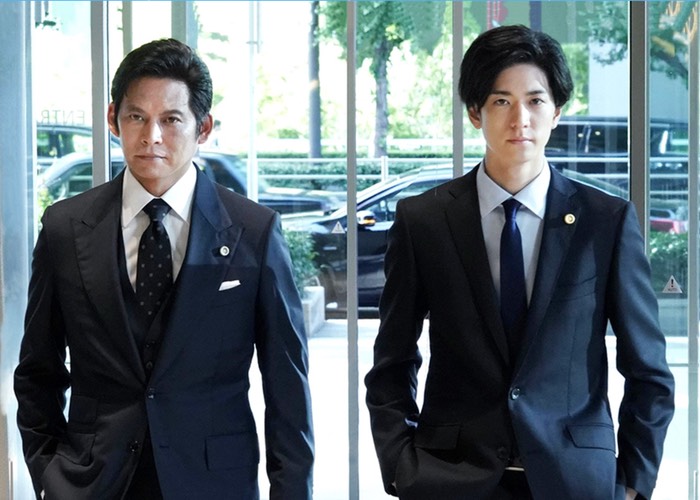 Suits is a remake of the original American TV series that had stellar reviews internationally — it even has a Korean remake. Even with multiple versions of the storyline, this Japanese drama is just as good, if not better.

Suits stars Shogo Kai, an extremely good lawyer from one of the biggest law firms in Japan who prioritises winning more than anything else, and Daiki Suzuki, a young man with multiple hardships in life but extremely intelligent with an excellent memory.

Impressed by Daiki’s remarkable memory recall and capabilities, Shogo hires Daiki as an associate despite his lack of certificates. Suits tells the adventures this tag team duo has with lawsuit cases and the challenges they face at keeping this secret. 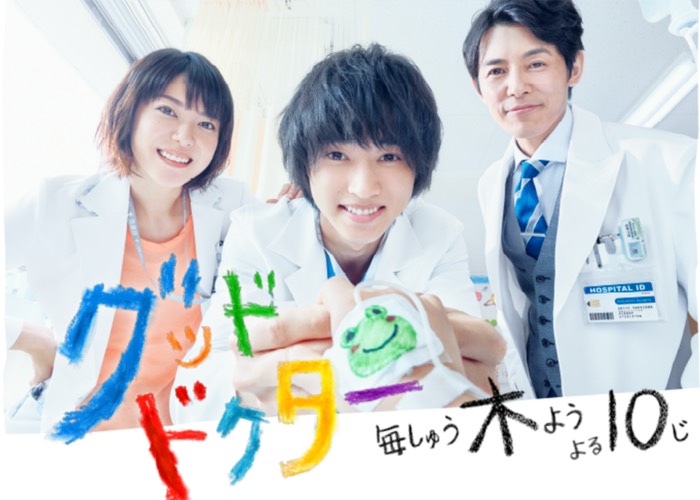 Be moved by the story of Minato Shindo, a passionate man with autism and savant syndrome, in the Japanese drama Good Doctor. Shindo’s older brother passed away when they were young, and because of that incident, he dreams of becoming a doctor. Despite his special needs, he has an amazing memory.

Akira Shiga, a respected doctor at a local hospital, was amazed at Shindo’s abilities, proven when he’s able to memorize the human organs at the age of only seven. After Minato graduates from medical school and passes the national exam for medical practitioners, doctor Akira puts in a recommendation for Shindo to be a part of the pediatric surgery department. 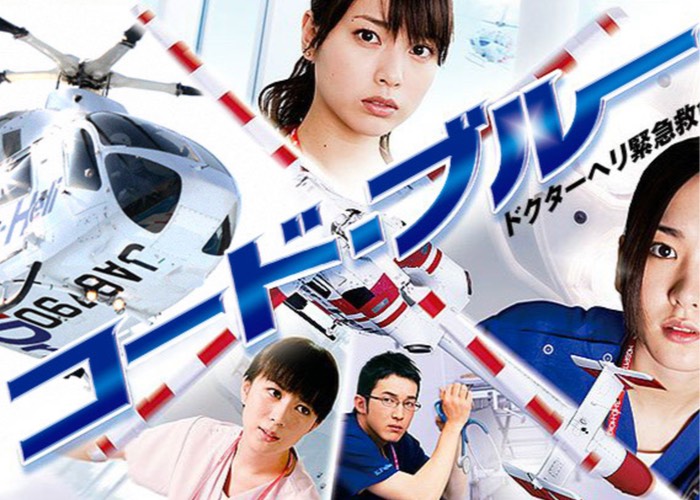 This Japanese drama series, Code Blue, has a total of three seasons revolving around the mid-2007 legalised system in Japan called the “Doctor Helicopter” system. This system involving dispatching a medical team from a helicopter to patients in need in the quickest time possible.

The first season shows four newly assigned young physicians to the Doctor Helicopter system and their various encounters with different medical situations. The second and third seasons sets in a few years after the introduction of the system with other characters.

Even with the occasional time jumps, the entire series is coherent and easily followed as it has the same concept of fragility of life and growth of the individual characters. 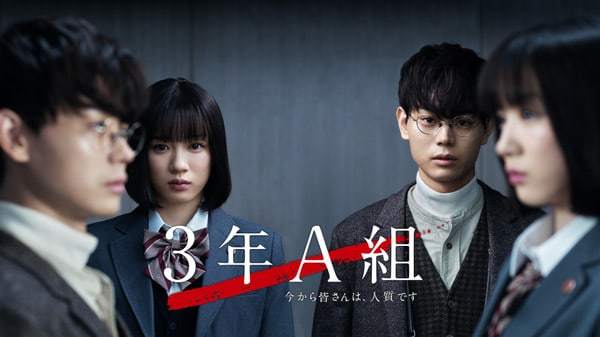 Follow the story of the lead character of 3 Nen A Gumi: Ima Kara Mina-san Wa, Hitojichi Desu, Ibuki Hiiragi, in his career at a high school as an art teacher and also a homeroom teacher to third grade’s Class A.

His job started off normally two years ago, but it took a twist a few months prior to graduation day. With just 10 days to graduation, Hiiragi gathered all of his 29 students of class 3-A and claimed that they were his hostages — none of them was able to leave until Hiiragi knows the truth behind the suicide of one of a past student. 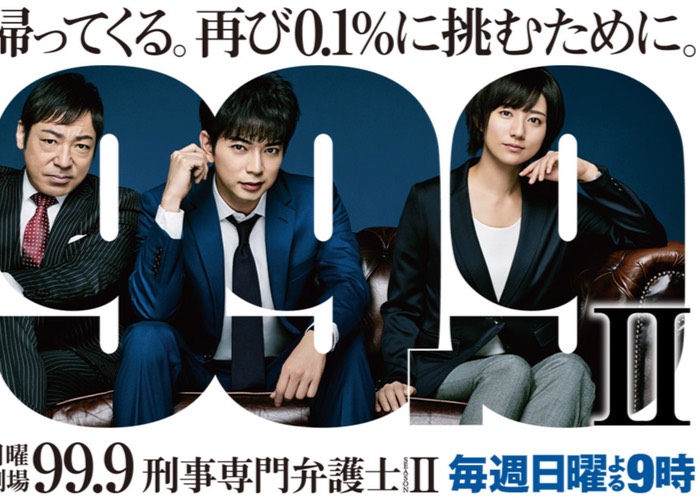 The crime scene in Japan is incomparable to the rest of the world. Just by watching 99.9: Criminal Lawyer, you’ll get an insight into how it’s like in the country through the form of an entertaining TV series.

The main character, Hiroto Miyama, is a lawyer who takes on criminal cases but doesn’t profit as much because the conviction rate for such cases in Japan is 99.9%. He teams with a successful civil lawyer, Atsuhiro Sada from one of four biggest law firms in the country, Madarame Law Firm. This amazing duo goes onto uncovering the truth about the remaining 0.1% of the crime scene in the country. 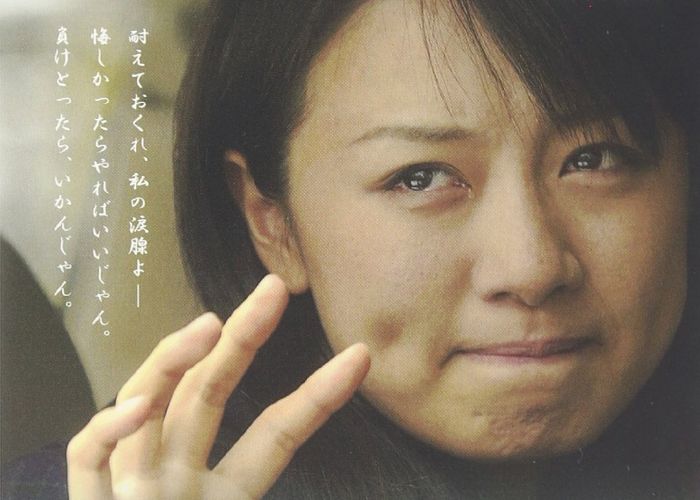 This extremely popular Japanese series follows the life of a fifteen-year-old girl, Ikeuchi Aya, who is just about to enter high school. She is just an ordinary girl from a family who works at a tofu shop — a type of bean curd — but she begins to experience unexpected occurrences that are not at all pleasant.

Aya starts to walk awkwardly as well as falling abruptly more often than not. When she and her mum consults the doctor, Aya finds out that she has spinocerebellar degeneration, which is an extremely rare disease that deteriorates the cerebellum part of the brain.

Over time, the victim’s speech and physical acts like walking and eating will be affected. This Japanese drama revolves around Aya’s time in her remaining teenage years till the early twenties. 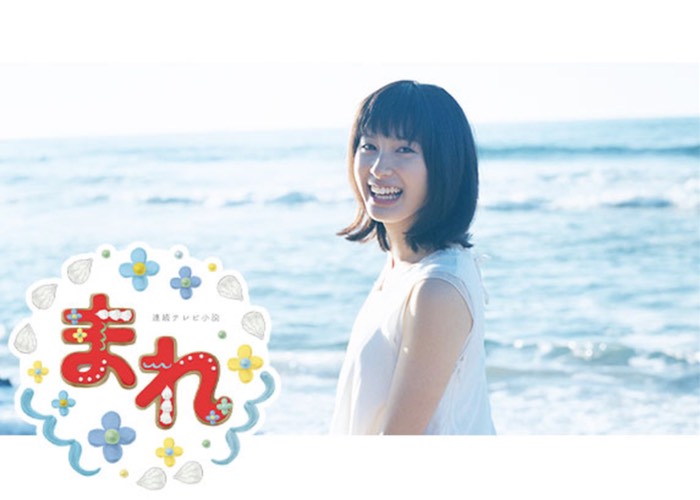 This Japanese drama will definitely warm your heart and soul. Named after the main character of the story, Mare tells a story about a girl who grew up constantly running from city to city because of her family’s debt crisis.

She and her family find themselves in a small village town called Noto where she settles in and rebuilds her life. When Mare grows older, she didn’t want to be like her family who was always running around without a passion to strive for. Instead, she is determined to chase after her childhood dream of being a patisserie.

Follow Mare’s life journey as she strives to become a world-class patisserie, with the occasional romance here and there. 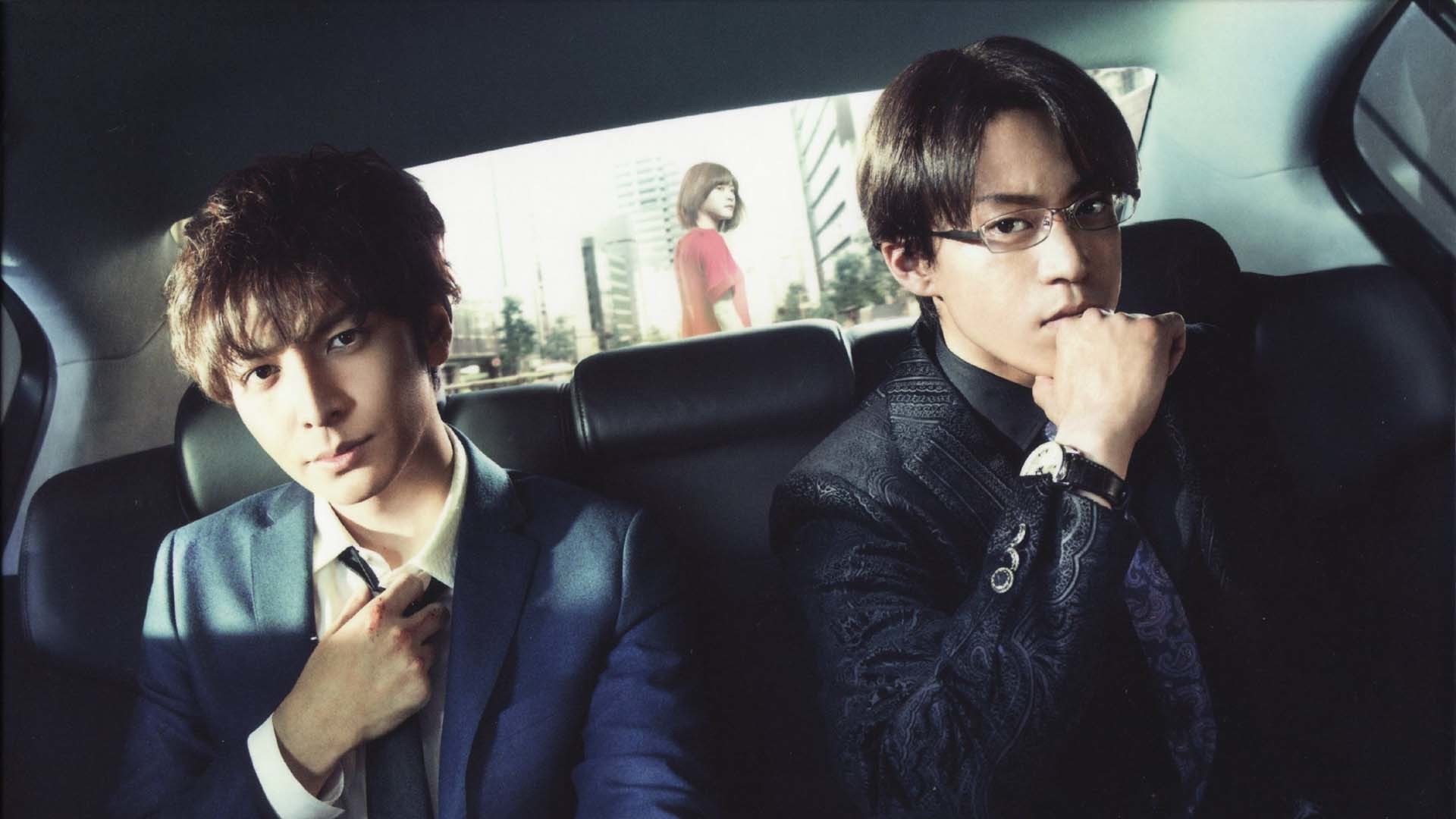 This Japanese TV drama features two orphans, Ryuzaki Ikuo and Danno Tatsuya, who were brought up by an orphanage staff that they regarded as an older sister.

When these two were in elementary school, they witnessed the murder of their older sister right before their very eyes. Despite the statements made to the police, it was buried by an officer with a golden watch. On top of that, the same guy covered up the case and no one knows why. A decade and a half later, Ikuo became a detective while Tatsuya is a leading member of an underground organized crime group.

Despite being in two different worlds, these two people come together to expose the truth of what happened to their older sister as well as taking down the powerful organization behind it.

There are various Japanese dramas in every genre, from action-packed and mystery to heartwarming lifestyle and romance. Without even moving a muscle, you’ll be able to learn a thing or two about Japan and Japanese culture, just like how the drama Mare introduces pastry scene in Japan while the drama Todome No Kiss sheds light onto the host culture.

Japanese dramas are both educational and entertaining — why not get into it right now?

10 Mistakes to Avoid at Tokyo Disneyland

Sendai Travel Guide – 9 Best things to do in Sendai

Koyasan Japan – A Spiritual Journey to the Top of Mount Koya