A Guide to Valentine’s Day in Japan

Valentine’s Day plays out a bit differently in Japan.

by YourJapan Blog
in Japanese Culture, Living In Japan
Reading Time: 8 mins read
A A
0
Share on FacebookShare on TwitterPin this articleShare on LINE

When you think of Valentine’s Day, the image of a man buying expensive chocolates, jewelry, flowers, cards, stuffed animals, other assorted gifts for the person he loves usually comes to mind first and foremost. Not in Japan! Since being introduced as a holiday in the 1950s, Valentine’s Day in Japan has taken on a very different image than most people would imagine. Not only are the traditions quite different from what takes place in most other countries, but these traditions are beginning to change as well!

Though there is gift giving, confessions, and genuine love in the air during Valentine’s Day in Japan, some notable differences set it apart and make it truly special – or in some cases, tedious! – for all the lovebirds living in the tiny island nation.

What Women Do for Valentine’s Day in Japan 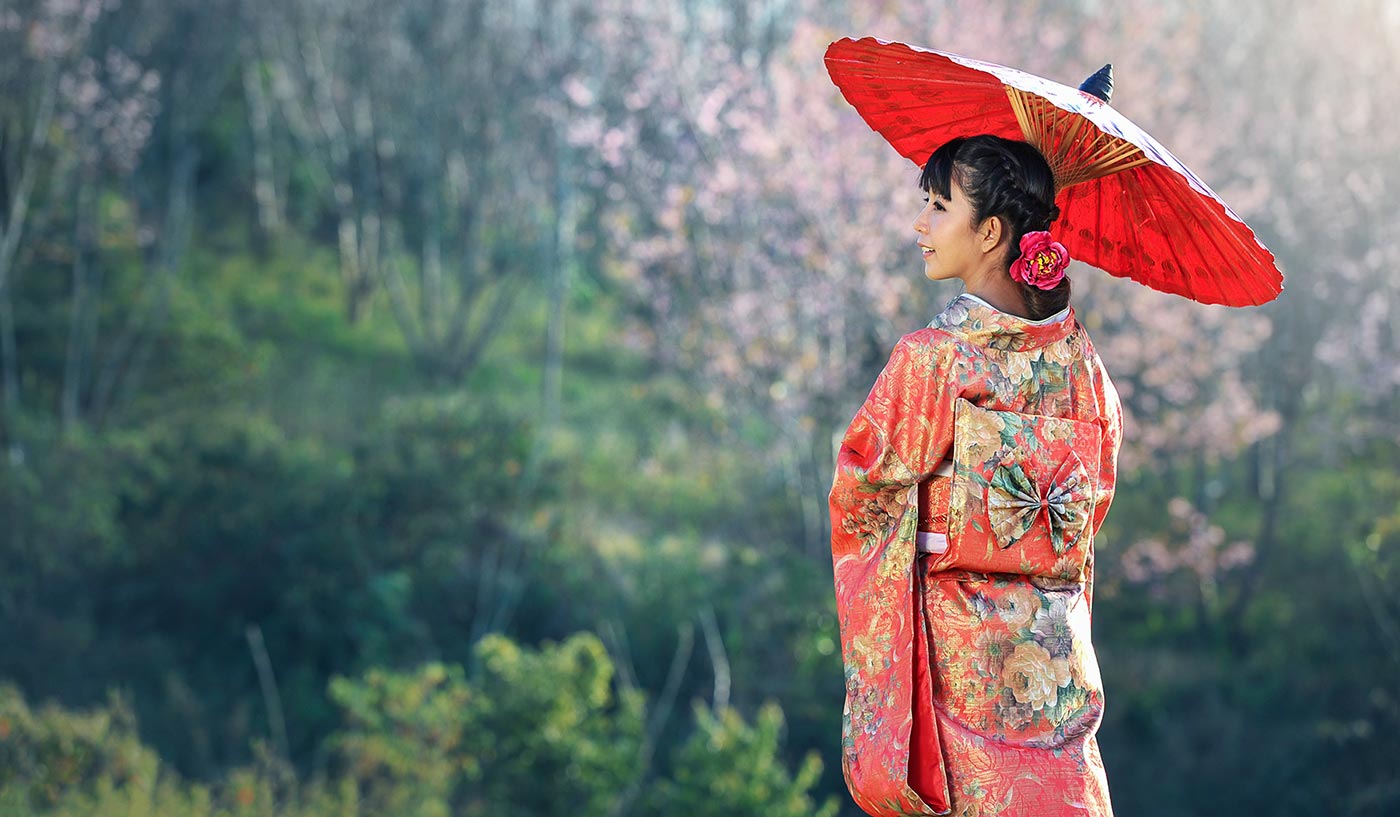 February 14th marks a day when girls are expected to give out chocolate; not just a few pieces, but lots of it! In many western countries, girls are on the receiving end of treats, flowers, cards, stuffed animals, love-themed food, and gifts. Interestingly enough, this is not the case in Japan!

Not only do women in Japan have to procure chocolate for those they have feelings for or are in relationships with, they also have to give chocolates to friends, coworkers, bosses, family members, and men that they’re just platonic friends with! It can be a stressful time of the year if a woman has a lot of men in her life, and the stress is only increased by the fact that the chocolates she gives reflect highly on her!

For Friends, Family, and Coworkers

Although women are expected to give chocolates to just about every guy they know, there are different standards for the types of chocolates she has to give. The lowest and least stressful chocolates to give on Valentine’s Day in Japan are the ‘giri-choco’, which loosely translates to obligation chocolates. These are given to bosses, coworkers, acquaintances, and male friends. They can be bought in a store, don’t have to be expensive or high-end, and don’t need to be specially wrapped or decorated.

Though it may seem like a chore to give chocolates to just about every guy they’ve ever said more than one word to, there is a very good reason why some women go out of their way to give these special little gifts which will be covered in the section about what men do for Valentine’s Day in Japan!

In Japan, it’s common to bow as a thank you, learn more about bowing in Japan.

For Boyfriends, Lovers, and Husbands

The next level of chocolates that women in Japan give to their significant other or a man that they want to confess their feelings to are called ‘honmei-choco’, which means real objective chocolates. These chocolates have to be handpicked or handmade and given to a woman’s husband, boyfriend, or love interest if she’s to convey her feelings properly. Unlike the giri-choco, these delicious treats cannot simply be bottom shelf treats. Stores will sell both high-end luxury chocolates as well as ingredients for women to make their own chocolates to show just how much they love that special man in their lives.

Many believe that you have to make these chocolates by hand to show that you’ve put your whole heart into them, but those with a fear of baking can usually get away with buying expensive chocolates to show their love instead! 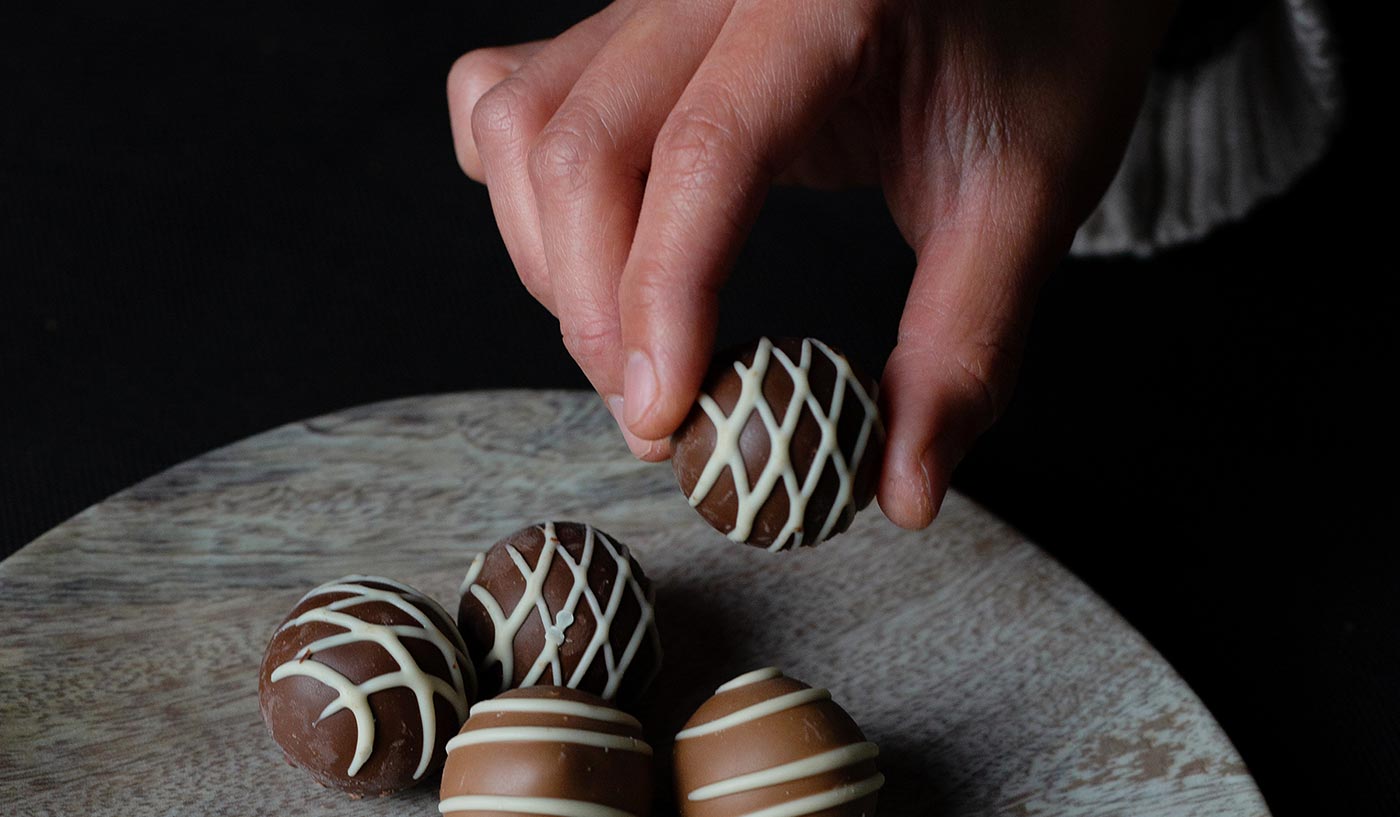 If you’re a woman spending Valentine’s Day in Japan and are feeling overwhelmed at this point, don’t despair! The next type of chocolate enjoyed on Valentine’s Day is called ‘jibun-choco’, or chocolate for yourself! It can be tiring trying to make sure everyone in your life is well-stocked with those sweet morsels of love (both platonic and romantic), so it’s nice to sit back and relax with your own stash of choco pieces that you can enjoy without the hassle of preparing them or agonizing over the selection process! Meant to be a means of spoiling yourself, both men and women thoroughly enjoy these types of chocolates, which stores sell copious amounts of leading up to the special day. 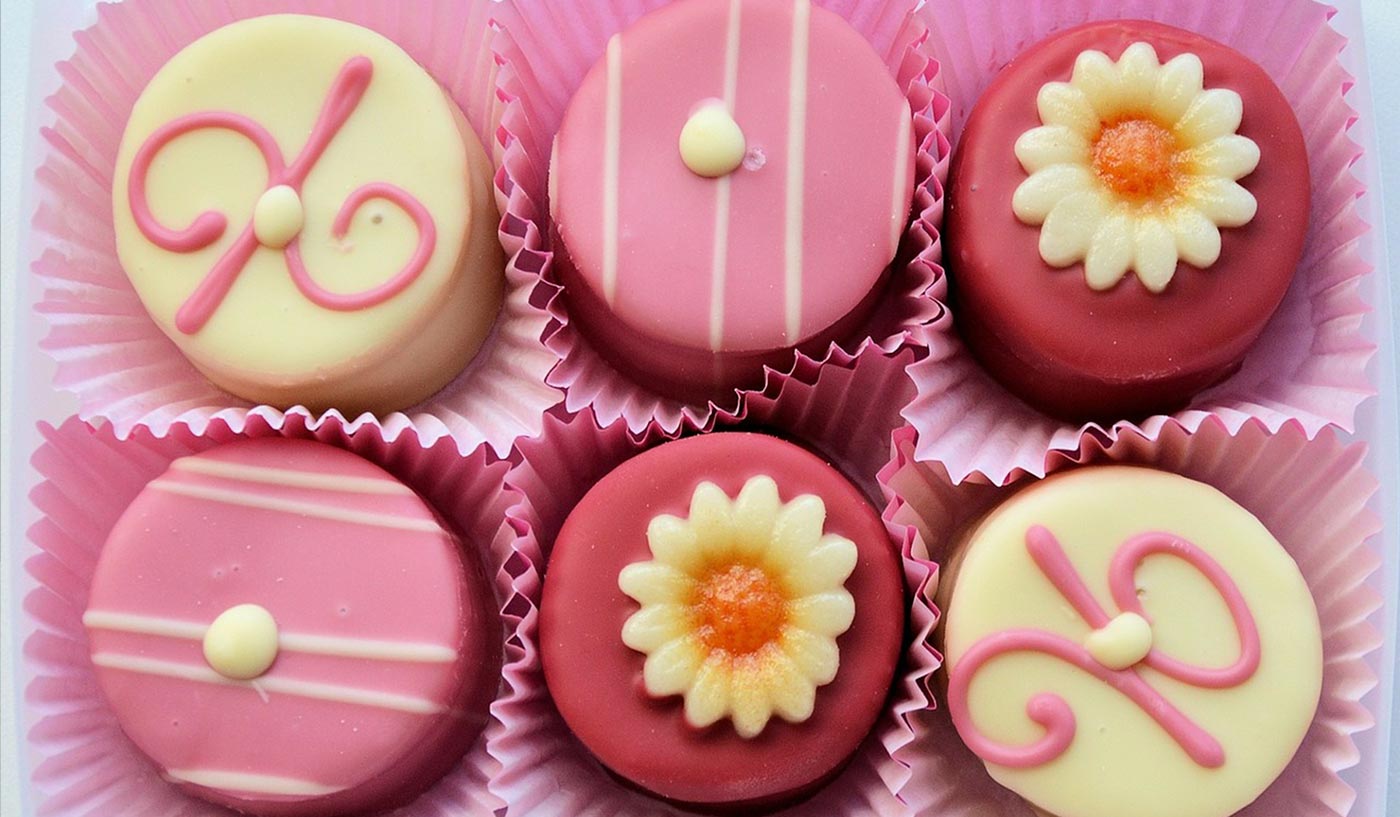 Since Valentine’s Day in Japan is mainly one-sided with women giving chocolate to men, the practice of giving ‘tomo-choco’, or friend chocolate, to female friends was instilled so that everyone can have a nice snack of their own and not feel entirely left out. Though jibun-choco is great, receiving chocolate from someone else is always a nice feeling.

Add in the fact that tomo-choco is supposed to be eaten while together with your friends and it’s not hard to understand why giving delicious treats to females you feel close to is an easy decision. Many of the best Valentine’s Day memories for women in Japan is enjoying a delightful snack with their best friends after a long day of delivering sweet gifts to men!

What Men Do for Valentine’s Day in Japan

If you thought the boys had it easy for Valentine’s Day, just wait until a month after the holiday and see what happens! Although some men may actually give chocolates to a girl on Valentine’s Day, such actions are usually saved for one month later during a special Japan-only holiday called White Day. On this day, the tables are turned and the actions of the men more closely resemble that of their western counterparts!

On Valentine’s Day in Japan 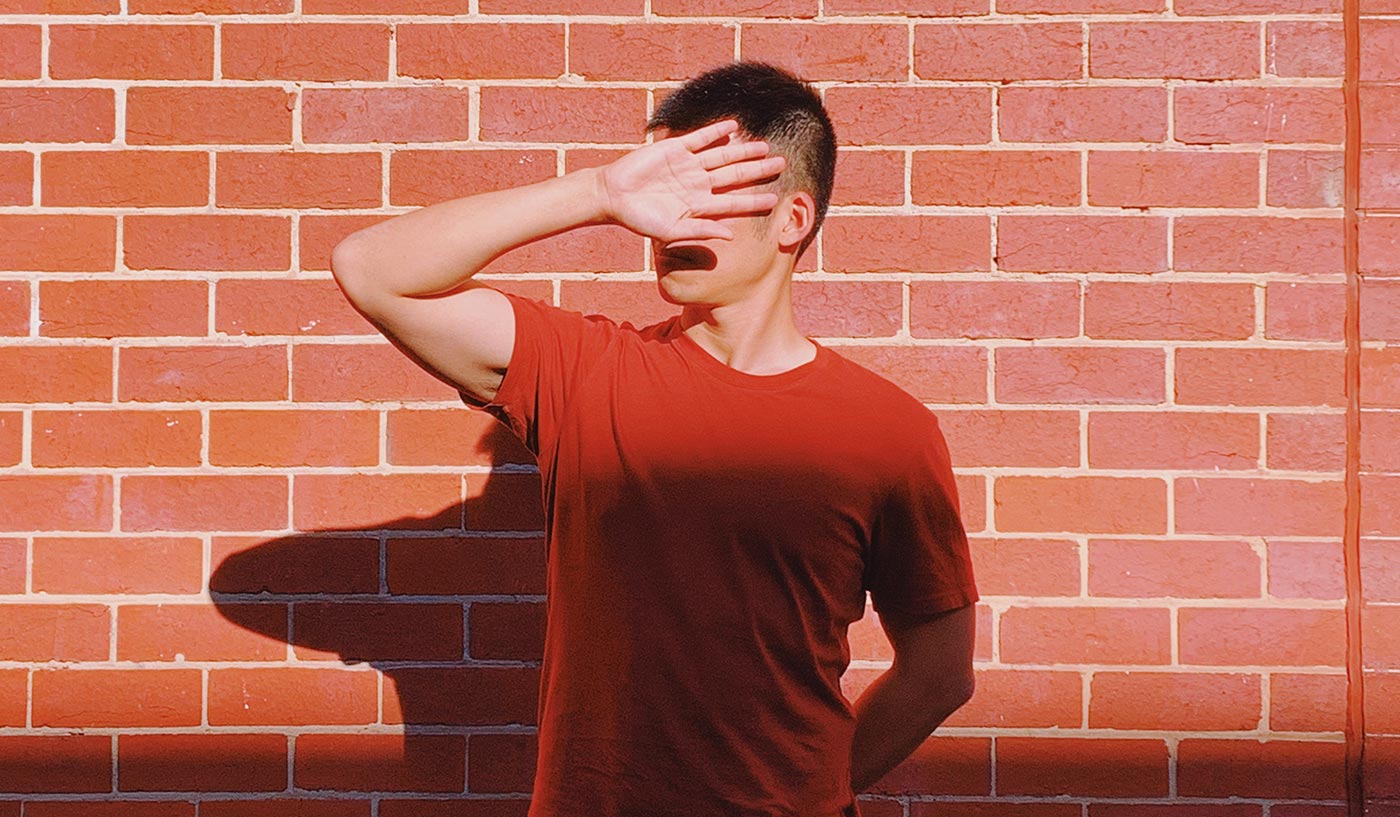 Though it goes against Japanese tradition for Valentine’s Day, some men will choose, for whatever reason, to go ahead and give a girl chocolates on February 14th. These ‘gyaku-choco’, or reverse chocolates, are not always warmly received, and may sometimes ruin an otherwise sincere declaration of love or friendship.

The majority of men in Japan, however, are wise enough to know that their time for giving will come soon enough, and allow themselves to be smothered with the onslaught of chocolate they’re bound to receive from almost every girl they know without protest. It can be quite difficult receiving without giving back, but men endure it knowing that White Day is right around the corner.

Exactly one month after Valentine’s Day in Japan, men are expected not only to return the kindness of those that gave them chocolate prior, but to do so three-fold! That’s right! Men of every age are expected to show their appreciation by giving gifts that are at least three times the value of the chocolates they received! Instead of being limited to sweets, however, men are allowed to give other gifts as well. Handbags, flowers, clothes, lingerie, stuffed animals, and expensive sweets are all fair game as return gifts to the women who spent such time and effort choosing and making sweets for men the month before.

How Valentine’s Day in Japan is Changing

Although it may seem like a fair exchange – or at least like women are being fairly compensated for their hard work and efforts – many workplaces in Japan are trying to limit or completely abolish chocolate-giving in the office. Some employers say that the act is too time-consuming, borderline inappropriate in some cases, and generally distracts employees from their duties. Many companies have already begun limiting the amount of chocolates given between employees and the amount of time that can be spent passing chocolates around the office. Some feel that the holiday may be banned entirely during working hours in Japan in the near future.

With Japan’s growing need to be accepting of non-heterosexual relationships, such traditions can also be difficult for those in same-sex relationships to participate in, and as such have begun to change to fit the evolving trends and ideologies of society. Partners will give each other chocolates and gifts on whichever day they like, regardless of the societal norms. It’s possible that in the future Valentine’s Day in Japan will look much more similar to what most other western countries experience in order not to alienate same-gender couples. 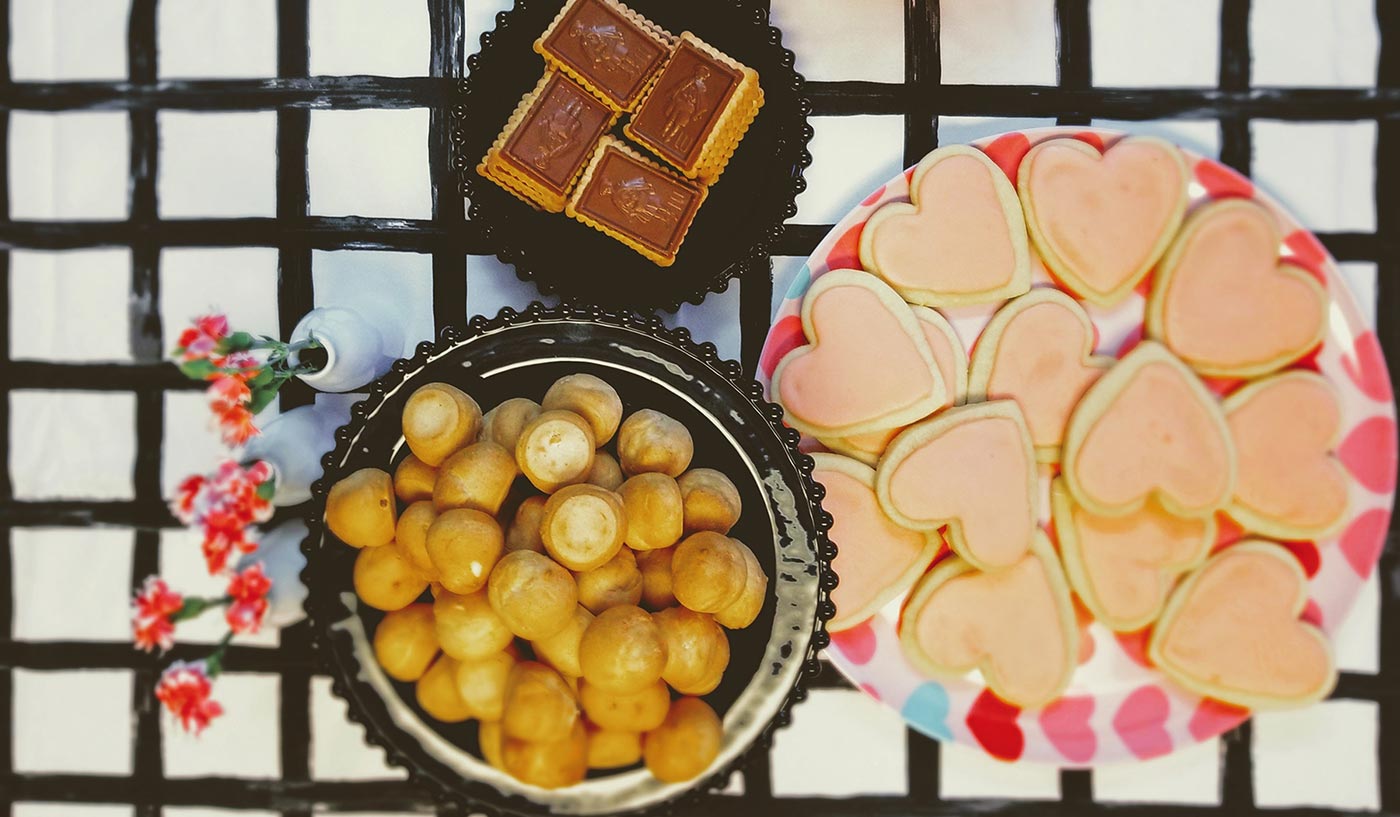 Though it definitely seems like women in Japan have to do the majority of the work for Valentine’s Day, it may not actually be so. Japan has cleverly split the holiday apart so as to allow for a clearer focus on the recipient of chocolates and gifts. Valentine’s Day in Japan is a day for women to show their appreciation to the men and women in their lives that they truly love. It’s a day where men get to feel loved and welcomed for their friendship and support, and a day when everyone takes time to bask in the positivity of coworkers, friends, loved ones, and themselves.

By having White Day as a separate holiday, women are treated to a day that is entirely theirs and not to be shared with anyone else. Though women of western countries feel as much on Valentine’s Day, it’s inspiring that Japan has decided to separate the holiday so that men can feel just as special and loved as women can on their own special day as well. Men in western countries might feel a tad overlooked or unappreciated being the sole gift givers during the holiday, which is why this tradition that is unique to Japan is so interesting and thoughtful.

Overall, Valentine’s Day in Japan is a distinctly Japanese occasion that is secretly the first act of a two-part affair. To the outside world, it’s another day filled with giving to loved ones. To those living in Japan who celebrate the holiday, it’s a wondrous day filled with love, support, and more gifts and surprises to come.

What is it Like to Travel Japan with Tattoos

10 Best Areas for Your Shopping in Tokyo

How Do You Properly Bow in Japan? (infographic)