by YourJapan Blog
in Japanese Culture
Reading Time: 5 mins read
A A
0
Share on FacebookShare on Twitter

Anthropologist Mary White has researched the history of coffee culture in Japan in great depth. In her book, «Coffee Life in Japan», there is an important emphasis on the modernization of coffee drinking, although the traditions of the tea ceremony and matcha drinking have not changed for centuries. This is not the case with the history of coffee. 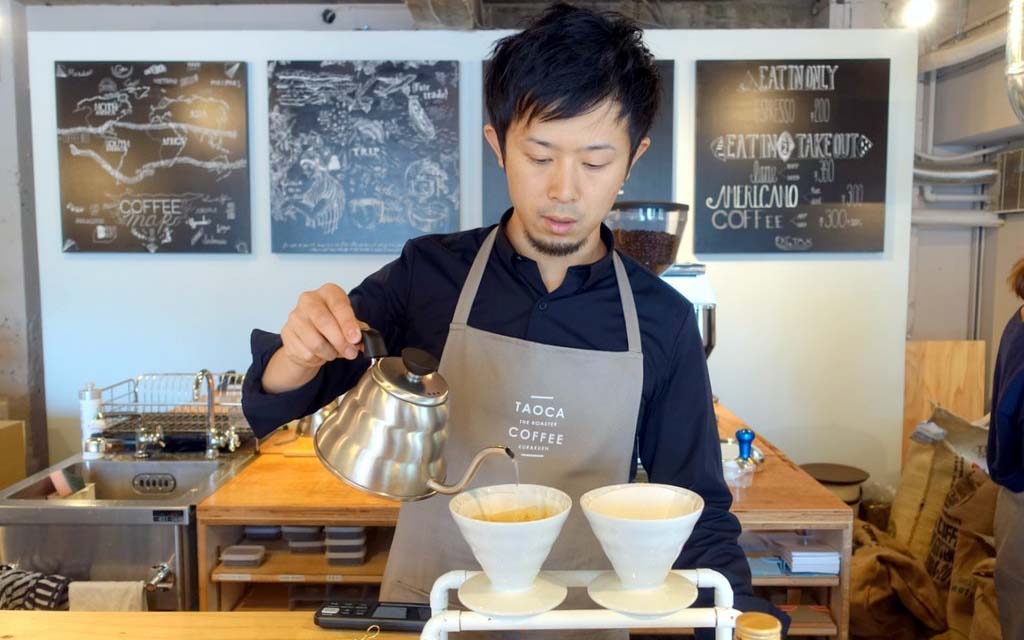 Coffee culture in Japan began in the mid-1800s. The coffee supply came from Holland; the Dutch were the only trading partners of the isolated country. In those years, the Japanese people did not like to drink coffee; they thought it was overcooked. In Japan, the first Kahiichakan coffee house opened in 1988. In the past years, Japanese coffee imitated European classics, which the creator of Eikei Tei adopted while studying in France.

The father of Japanese coffee was named Tadao Ueshima, who founded Ueshima Tadao Seten in Kobe in 1933. Since then, many unique coffee drinks have appeared in the country, while European traditions have remained unchanged.

Interesting fact: While we look for company or friends for a coffee break, the Japanese prefer seclusion when drinking the beverage. However, the tea culture remains a unifying social phenomenon, bringing together friends and family to enjoy this beverage.

Actually, the Japanese style is associated with specific utensils and equipment for alternative brewing. Japan’s own brew culture coffee was born in 1990 with the advent of drip packs for the cup. The invention belongs to Yamanaka & Co. The drip coffee drink packet is easily placed on any cup on a hook system, after which the ground coffee is poured with hot water. Simple, delicious and convenient! This element of Japanese culture has found fans all over around the world. The local food culture brings culture shock to visitors to the country. For example, in Tokyo you can buy everything on the go in a vending machine. Canned 21st century coffee in a tin comes in hot and iced versions. Coffee culture anywhere else creates a whole ritual around coffee drinking, but in Japan people are used to getting caffeine on the run, because for coffee in Tokyo and other fast metropolitan areas it is not customary to take a break from business.

There is also an interesting coffee shop format known as kissaten. The atmosphere is different there. This traditional Japanese establishment offers different kinds of non-alcoholic drinks, affordable snacks, cakes, and fruits. These interesting Japanese coffee shops might have different concepts like manga,t, music, or billiards.

Life in Japan suggests that kissaten can offer rice, spaghetti, scrambled eggs, a sandwich to go with coffee and is probably the single origin of a hearty breakfast for students.

Coffee roasters arise in modern coffee shops, where the coffee beans are roasted right in the coffee shop. Japanese coffee roasters give a unique sensory experience. The only downside is that you  have to wait three hours to get your freshly roasted coffee.

Coffee lovers are fascinated by the variety of choices in Japan: Culture in the coffee house used to be of great importance. Coffee used to be served exclusively in culturally significant, elite areas of major cities.

Japan today is the third largest importer of coffee in the world (450 thousand tons per year) and is one of the top 7 world retail markets of coffee, according to Euromonitor data. The climate in the Land of the Rising Sun does not allow for the cultivation of coffee beans. But that doesn’t stop the coffee industry from growing and reaching the top of the world rankings. To meet the changing needs of consumers, every year companies buy up elite varieties of coffee.For example, up to 90% of “Jamaica Blue Mountain”, or a variety of varieties of Indonesian, Vietnamese and Ethiopian coffee is purchased by Japan. Enterprising businessmen are buying up coffee plantations and growing coffee using their own technology.

Japan officially celebrates Coffee Day on October 1. The love of the drink, hard work, and willingness to experiment highlight the Japanese approach to brewing. Be sure to enrich your coffee knowledge if you get the chance!