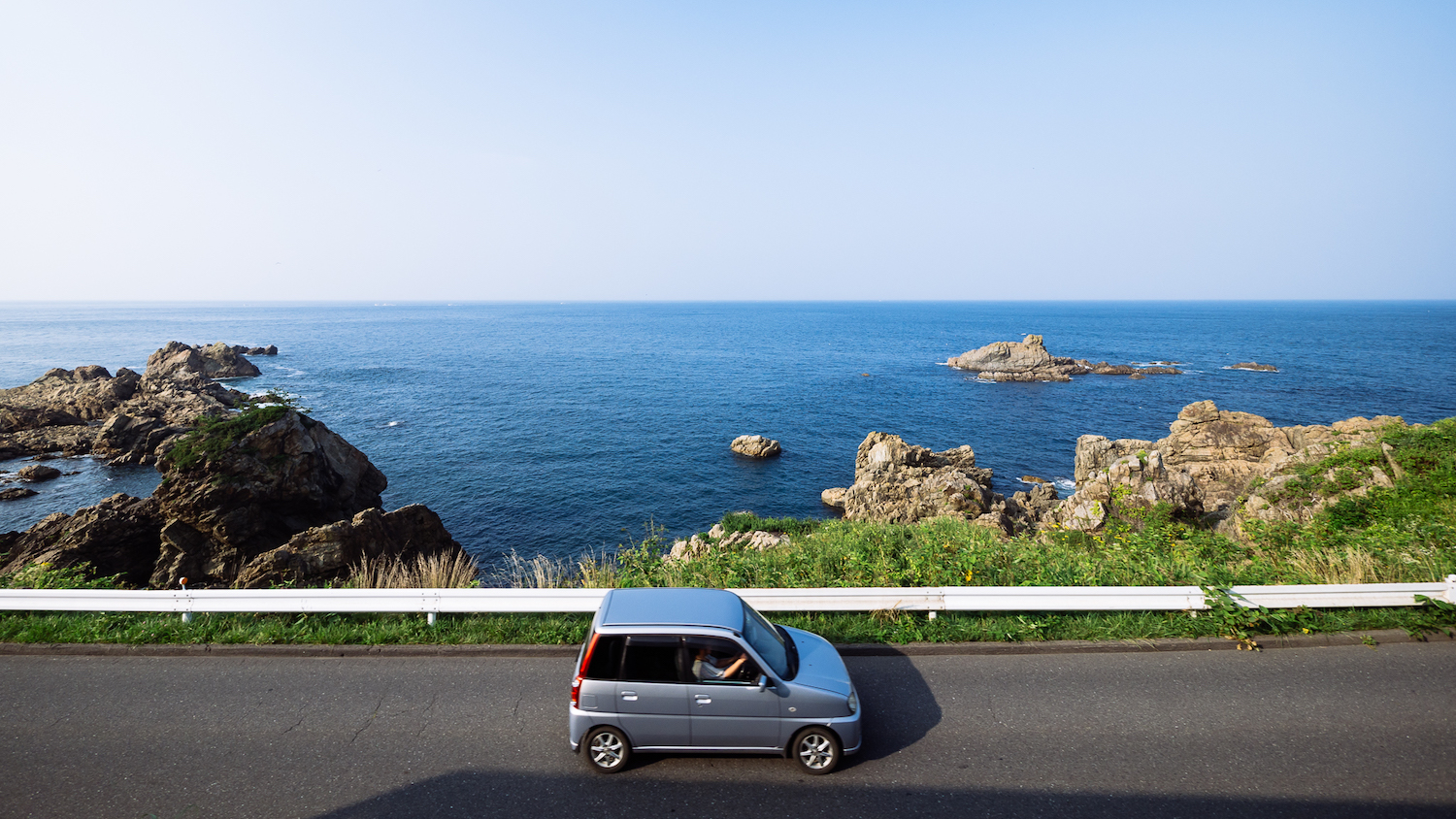 10 unique things to do in Hachinohe

If you take a trip to the southeast area of the Aomori Prefecture you’ll find a lovely little city called Hachinohe. Well-known for having some of the best seafood in Japan, this quaint destination is also a bustling area of activity due to its popular morning markets. Many prefer to spend the day by checking out the morning markets early on for great deals and delicious fare before heading off to many of the scenic destinations Hachinohe has to offer to relax, unwind, and enjoy the natural scenery that Japan is so famous for.

Beach and ocean lovers will especially love this coastal city for its beautiful coastline views, fresh from the ocean seafood, and exciting festivals. There’s a lot to do in this costal city, but thankfully we’ve listed 10 unique things to do in Hachinohe to give you some ideas of where to start! Read on and get yourself pumped up and excited for your next trip to Hachinohe! 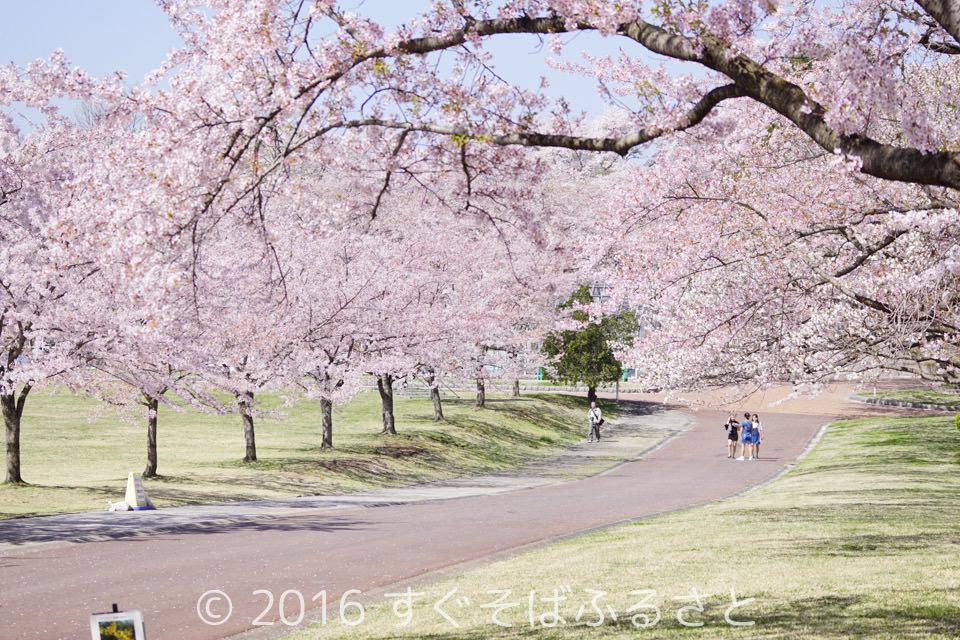 Explore nine fun and interesting park zones spread out across 37-hectares of wide, beautiful landscapes at the Hachinohe Park! You can stroll through the gardens, take a ride on a roller coaster or two at the amusement park, see exotic and lively animals at the zoo, and even enjoy some flower viewing during the spring seasons! Sporting the largest collection of cherry trees in the entire city, this park comes alive with beautiful pink and white blossoms from April to May. If you’re lucky, you may even spot some of the most interesting species of cherry tree found in Japan: the Yoshino, Yamazakura, and double-flowered Yaezakura!

If you’re traveling with family, you’ll be delighted to know that there are child-friendly attractions found throughout the park! The indoor play area found in the amusement park is an especially fun and exciting way to spend the day with energetic little ones! Even those traveling without younger members can enjoy all the splendors Hachinohe Park has to offer.

This small island that’s connected to the land by a single road is the birthplace and breeding ground for black-tailed gulls. Every year from March to August the island is packed with gulls raising their young until they’re old enough to fly! The gulls are used to being in close proximity with visitors, and as such you can get a close encounter with them and snap some great shots! The birds are seen as a sign of prosperity and spirituality on the island, as they are associated with the goddess Benzaiten, who is worshiped at the nearby shrine.

If you’re not that into birds and growing chicks, you can also explore Kabushima Shrine and learn about the history of the island. Legends state that the goddess Benzaiten provides safety and prosperity to the fisherman and blesses their businesses to grow and flourish. If you happen to visit Hachinohe during the spring seasons, you’ll be granted a glorious view of the yellow flower blossoms that bloom all over the entire island!

Complete with an observation deck to give you even better views of the surrounding scenery, the Ashigezaki Lookout is the perfect place to get natural and scenic photographs to remember your time spent in Japan. The area was once used for military purposes, but has since become a peaceful place for relaxation and contemplation. Visitors find it hard to think of the worries and stresses of life when they’re surrounded by such beautiful sights – if you’re feeling especially worried or stressed, you might want want to stay a little while longer or take a few more pictures to help calm you!

The Hachinohe Sansha Taisai is a Japanese festival that’s held every year from July 31 to August 4. Deemed an Important Intangible Folk Cultural Property in 2004, this festival has taken place for almost three centuries and is still going strong today. The festival features a procession of 27 ornate and decorative floats, 3 mikoshi (portable shrines), and a spectacular toramai (tiger dance) through the streets of Hachinohe. The highlight of the festival occurs on August 2nd when the Kagami-style Kiba Dakyu takes place at the Chojasan Shinra Shrine. This martial art form is performed on horseback and is quite similar to polo, wherein two teams compete against one another. It really is a sight to see!

This festival truly is one of a kind and well worth making the trip to Japan during the hotter summer season! If you happen to find yourself in the area during the festival, be sure to stop by and join in on the fun! 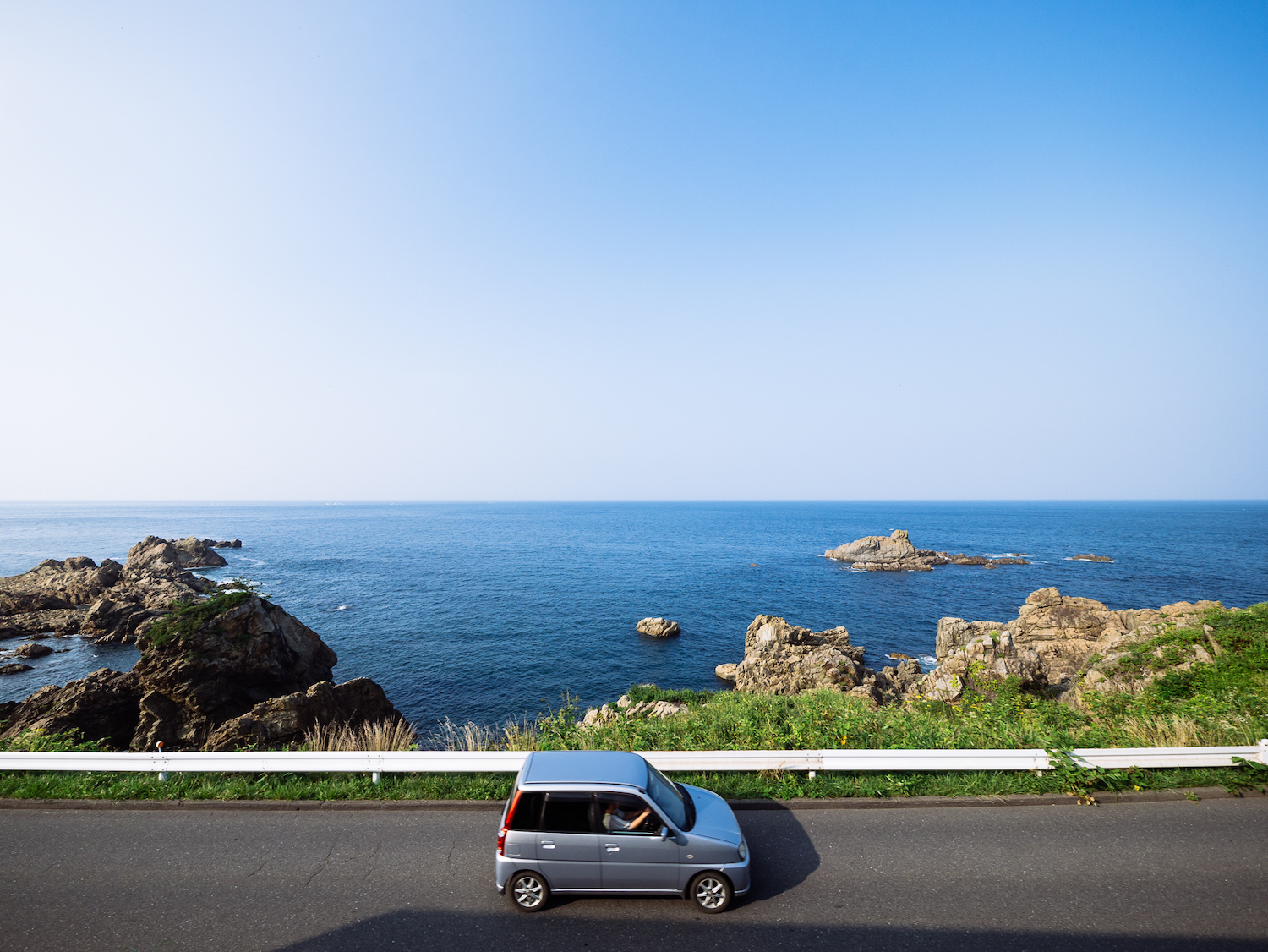 Stretching all the way from Kabushima Island to Kuji City, this 12 kilometer coastal strip is one of the most popular places for tourists and visitors to truly appreciate the nature and beauty of Hachinohe. The natural grass that grows where ocean meets land, singing sing sand called ‘nakisuna’ that makes intriguing noises as you walk over, and seemingly endless plains of wild grass with flowers and plants all come together to paint a picture-perfect representation of Japan’s beauty and wonder.

If you want to engage in activities while surrounded by gorgeous sights, you can always swim, surf, hike, cycle, or just take a casual stroll through the area. As the coast is so close to the city, it’s easier than ever to make the short trek back to civilization to enjoy the restaurants and shops as well!

Half the fun of visiting a new area is learning about the history and traditions that people there hold dear to their hearts. What better way to learn all you can about this oceanside city than to visit the Hachinohe City Museum! There you’ll be treated to exhibits featuring the history, customs, folklore, archeology, ideas, and beliefs of Hachinohe and its people. You can also enjoy audio and video displays that will give you a greater appreciation for the city’s festivals, events, folklore, dialect, performing arts, and even local school songs! It’s an amazing opportunity to get a better appreciation for the city without breaking the bank!

Looking for a place to eat good local food with a relaxing atmosphere? Head to Hachinohe Miroku Yokocho, the unique part of the town with plenty of Izakaya and traditional food stalls offering you fresh and delicious foods. Throw yourself back to the nostalgic Showa Era and enjoy your time in Aomori! * * Follow @amazing.aomori and use the hashtag #amazingaomori to have your picture posted on our account! * * #aomori #visitaomori #hachinohe #mirokuyokocho #visitJapan #japantrip #japanfestival #japansnowwhite #festivals #trip #travel #japantravel #igersjp #japaninstagram #discoverjapan #explorejapan #instajapan #japangram #beautifuldestinations #winterdestinations

If walking around and taking pictures of all the gorgeous sights creates a rumbling in your stomach, then your best bet for a satisfying meal is to head to Miroku Yokocho! You’ll have 26 unique and interesting food stalls to choose from at this food market that serve anything from local seafood to senbei-jiru to ramen and more! The inviting atmosphere is perfect for nervous travelers that don’t know what to expect, and the friendly and helpful stall operators go above and beyond the call of duty to help everyone get exactly what they want! If you’re worried about your language ability, don’t be; there are pictures at every stall, and some even have translations to help foreign tourists! Come hungry, leave satisfied!

Listed as one of Japan’s top 100 castles to visit, Nejo Castle – sometimes refereed to as just ‘Ne Castle’ – has been a National Historic Site since 1941. It was built around 1334 and stood for nearly three centuries before it was destroyed for relocation. Thanks to the efforts of the city of Hachinohe, the castle has been restored to its former glory and is a tribute to the memory of the original castle. Visitors can explore the main castle, workshops, barns, stables, and other areas around the castle to get a sense of what life in Japan was like almost 700 years ago!

This national treasure is one of the most exquisite shrines to visit in all of Japan! The rich, ornate decorations and spiritual atmosphere give visitors a unique and personal look into Japanese culture. Dating back all the way to the Kamakura Period of Japanese history, this shrine has seen countless numbers of pilgrims throughout the ages. Depending on when you decide to visit this popular shrine you might be lucky enough to arrive during a festival or local ceremony! The autumn festivals are said to the be the most impressive, so keep an eye on the calendar if you want to enhance your Hachinohe shrine experience!

We’ve certainly saved the best for last! Though Hachinohe has its fair share of spectacular views and interesting history, the thing people remember most after a visit is the bustling and lively morning markets! If you’re able to wake up early enough and head over to the market places you can snag great deals, great food, and great finds! Unlike the Tatehana Wharf Morning Market, which is only open on Sunday mornings and special holidays, the Mutsuminato Market is open daily from three in the morning until noon (and, not surprisingly, is closed on Sundays and holidays)! There are a few other markets to choose from, but with 300 vendors at the Tatehana Wharf Market and 100 vendors at the Mutsuminato Markuet there will be more than plenty items for you to look at and purchase!

Hachinohe is a city that provides both fun and relaxation to visitors year round. There’s a rich history behind the city that only makes you appreciate it more with every new fact or piece of information you learn. The residents are hardworking and friendly, and the city has flourished throughout the years due to the love and care past and present generations have put into it. Overall, Hachinohe is one of the greatest finds in Japan, and certainly a place that should be on everyone’s ‘Must See’ list! 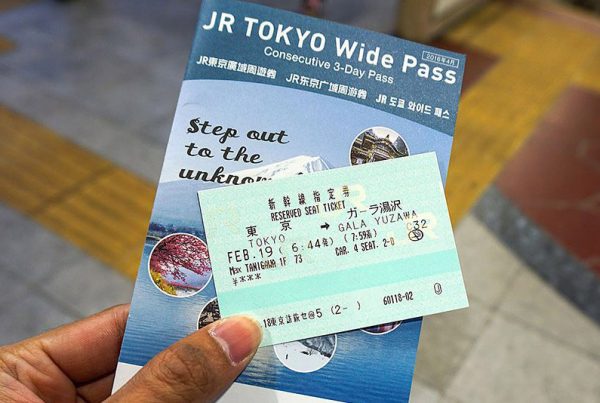 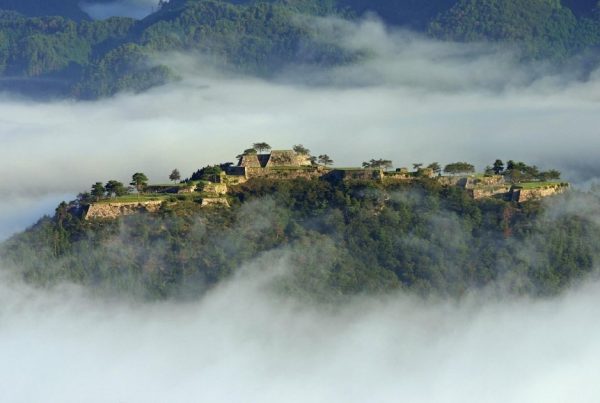 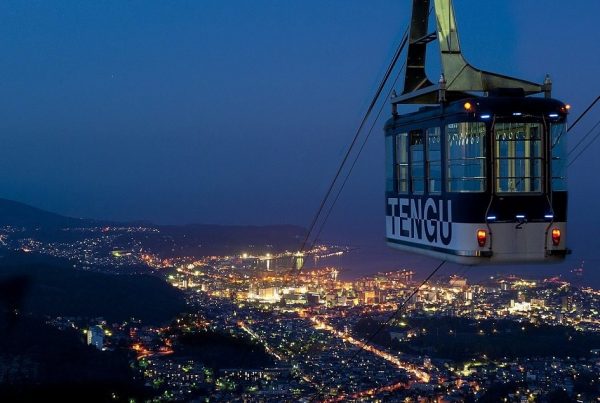